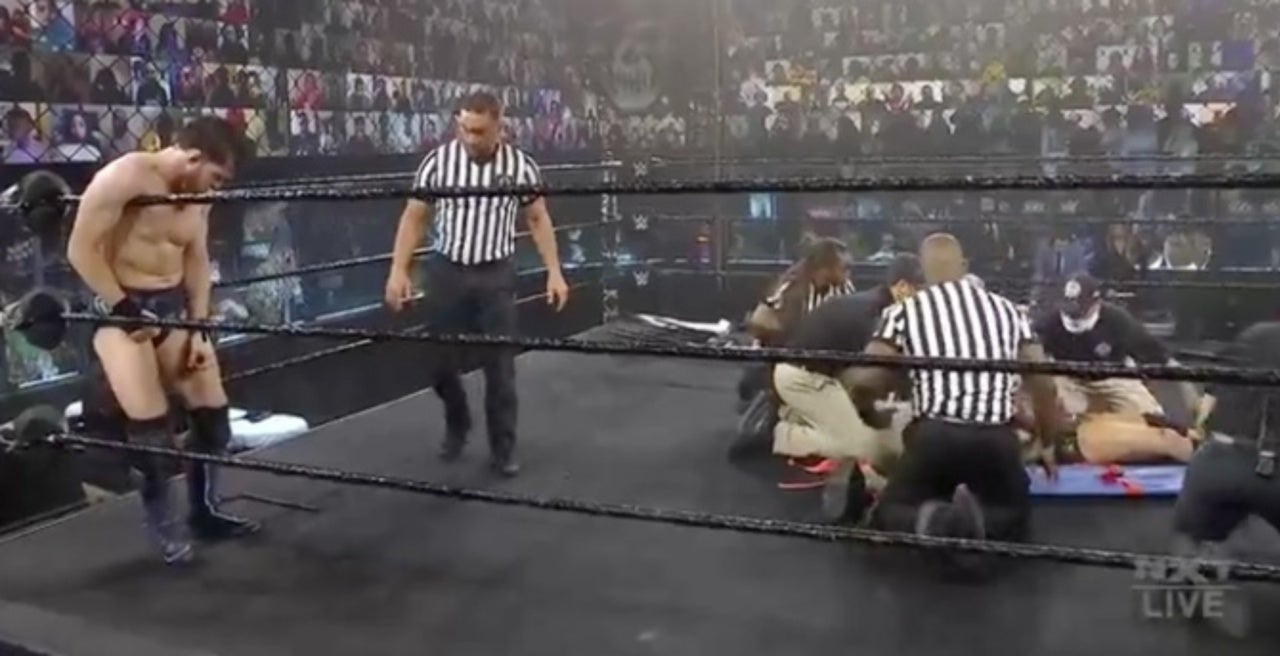 Second night of NXT Takeover: Stand & Deliver ended with a year without a match. After the surprising collapse of the undisputed era, Adam Cole and Kyle O’Reilly went toe to toe in an absolutely brutal and bloody unsanctioned battle. The match for 30 minutes had it all – weapons galore, a surprising ref knockout, and the two fighters crashing through the ramp in a fierce spectacle. After an almost 30-minute fight, O’Reilly came out victorious after delivering a low blow to Cole and then following up with a brutal knee strike (reinforced with a chain) on Cole’s back and sending Cole through a chair to finish him off.

Fans were understandably anxious throughout the match, delivering a steady stream of comments on Twitter. You can see some of the best reactions from the NXT Universe below:

Blasting out on the side of the stage was amazing

Cole, who jumped out of the stage to pull O’Reilly out, was amazing #NXTTakeOver

YOU HAVE A JOB REF

Also Adam Cole: * pin O’Reilly but no ref to count *

Also Adam Cole: YOU HAD A JOB REF # NXTTakeOver

I hate this !!!! Why can they not just be friends again, I miss Undisputed Era 😭😭😭. (This match actually kicks in the ass) #NXTTakeover

Loved Cole vs O’reilly. A little extra, but it’s a career that creates careers for Kyle O’Reilly, and that’s all that matters.

Was everything I wanted

Kyle O’Reilly vs. Adam Cole was everything I wanted and needed.

JESUS. The chain across Cole’s face to O’Reilly was just brilliant #NXTTakeOver