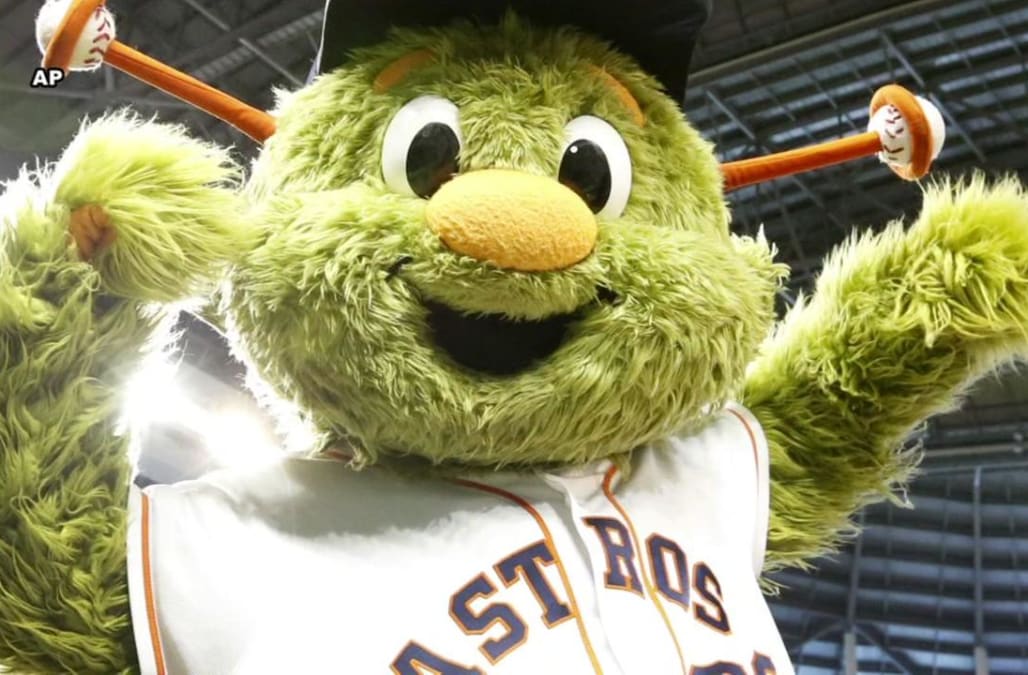 Houston Astros mascot Orbit often engages in hijinks, but they've been the type that could cost the team a nice chunk of change. A woman is suing the Astros after claiming a T-shirt gun fired by Orbit broke her finger, according to KHOU 11.

The incident took place during a July game in the 2018 season. The woman was attending the game with her family when Orbit fired multiple T-shirts into the crowd. One reportedly hit the woman in the finger with enough force to fracture it.

The woman is suing the team for $ 1 million. That will cover two surgeries, pain, mental anguish and loss of earning, according to KHOU 11.

In the suit, the team is accused of being negligent with the T-shirt gun. The lawsuit claims that the gun was not properly trained, and that the Astros did not warn fans about the T-shirt.

The Royals won their lawsuit. The White Sox settled with the fan

It's unclear what the outcome will be with the Astros.