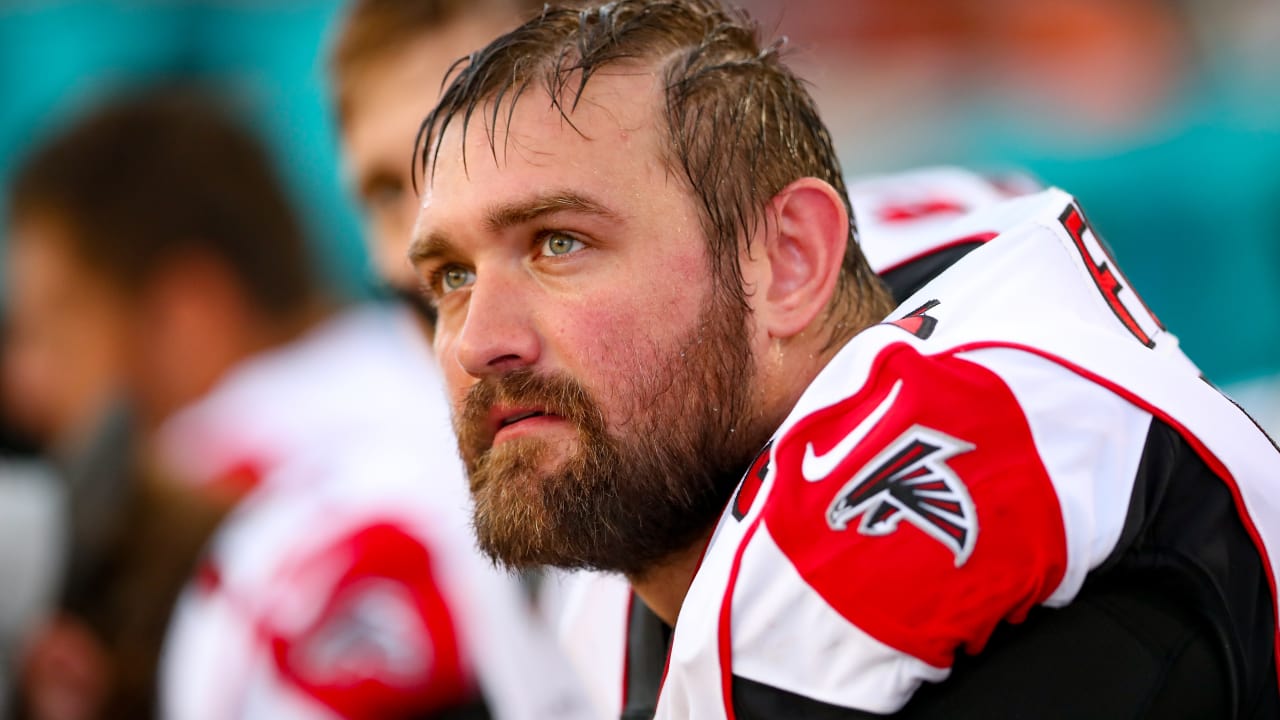 Fusco, 30, started each of the seven games he was healthy for the Falcons in 2018 after signing teams as a free agent before the season. Fusco suffered a seasonally ending ankle injury in Falcons' victory against the New York Giants in week 7.