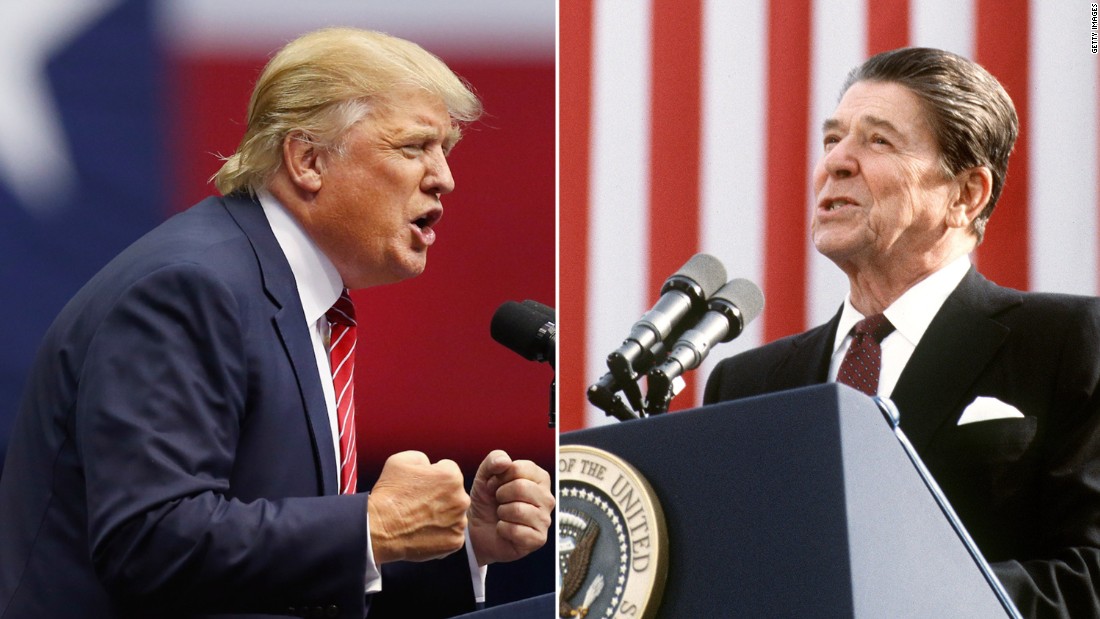 Trump passed a tweet from an unclear account calling himself "The Reagan Battalion", which seemed to be a well-known conservative account of the same name. The Copycat account had fewer than 300 supporters at the time Trump promoted it.

Its tweet read: "Dear weak conservatives, never forget that you are not a fight for" we the people "and our president." Attached to the tweet was a picture of Trump and Reagan shaking hands – with an assumed Reagan quote on top.

"For my life, and I never know how to explain it when I met the young man, I felt like I was the one shaking hands with the president," the quoted quoted read.

"Cute!" Trump wrote in his own tweet over the picture.

Facts First : While t is the picture right, the assumed quote is false. Ronald Reagan never said of Trump: "For my life, and I never know how to explain it when I met the young man, I felt like I was the one shaking hands with the president." [1

9659009] The fake Reagan quote has been debunked by facts since 2016, when it began spreading in pro-Trump circles on Facebook. Joanne Drake, Managing Director of Ronald Reagan's Presidential Fund and Institute, told the PolitiFact debug site in February: "He never said about Donald Trump."

Drake told PoliceFact that the picture was taken on November 3, 1987, in a reception in The White House's Blue Room for Artists' Friends and Conservation in Embassies.

The Reagan Foundation did not respond to CNN's remarks on Monday.

In August 2016, Fakturad's website Snopes reported that the false quote was first seen on the picture in July 2016 on the "Trump Train" pro-Trump Facebook page.

In addition to his own repeated false allegations on Twitter, Trump has previously used his account to reinforce misinformation from others.

For example, in 2017 he shared a video from a far right British group claiming to show a "Muslim migrant" who strikes a Dutch boy. In fact, the attacker was born and raised in the Netherlands.
In 2018, he shared a claim from the conservative activist Charlie Kirk that protesters in the streets of "socialist" France chanted "We want Trump". A video circulating in pro-Trump online circles at the time showed that the people who chanted these words were actually in England.

Mississippi Rep. Bennie Thompson explains why he was the only one to vote against the massive HR 1 election proposal