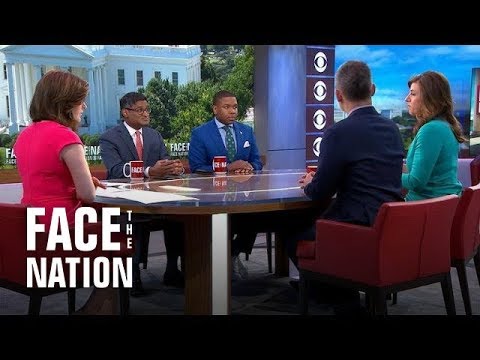 Missed the second half of the show? The latest in democratic debates.

Gen the latest news and best in the original reporting from CBS News delivered to your inbox. Sign up for newsletters HERE: http://cbsn.ws/1

—
"Face the Nation "is America's leading Sunday morning public affair program. The broadcast is one of the longest running news programs in the TV story, which debuted on November 7, 1954 at CBS. Every Sunday, "Face the Nation" meets with CBS News senior foreign minister correspondent Margaret Brennan the leaders, newsmen and experts for a lively round table on current events and the latest news.