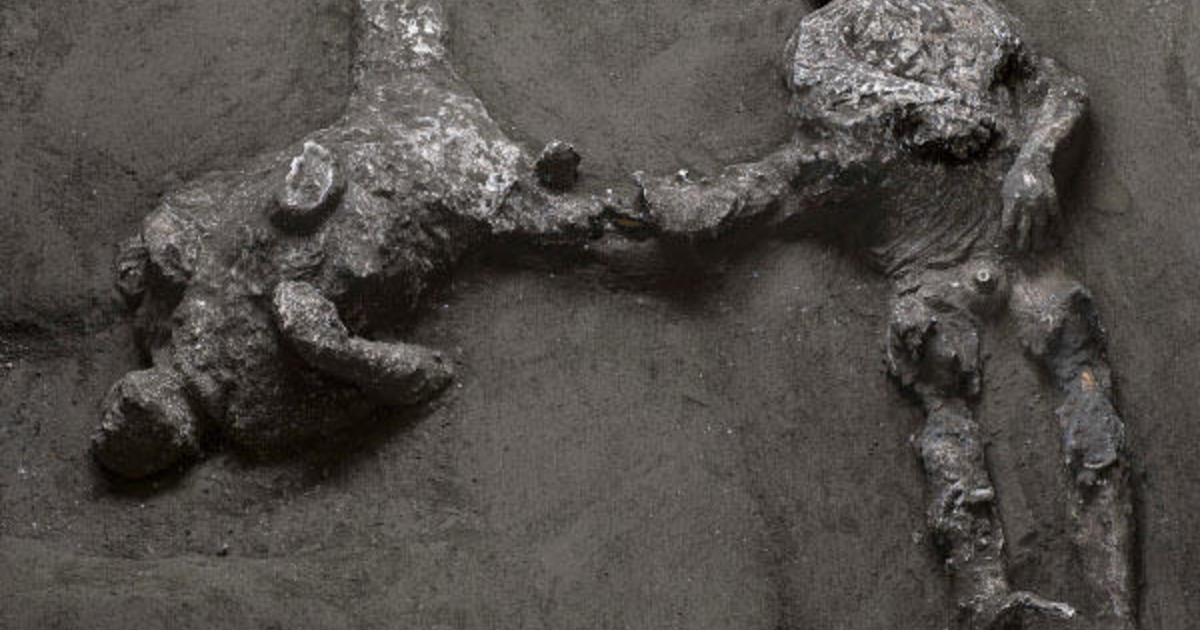 Mount Vesuvius broke out and destroyed the ancient Roman city Pompeii almost 2000 years ago, but archaeologists are still finding new artifacts from the tragic event. Their latest discovery includes two corpses that appear to belong to a wealthy individual and his slave.

Officials at the archeological park in Italy said on Saturday that archaeologists have uncovered skeletal remains of two men trying to escape death in the eruption. Researchers found parts of skulls and bones while excavating the ruins of what was once a large villa overlooking the Mediterranean Sea, located on the outskirts of Pompeii.

The bones were found at Civita Giuliana, the same area where archaeologists excavating a barn dug up the remains of three exploited horses in 201

The first victim was determined to be a young man between the ages of 18 and 25, standing just over 5 feet tall. Unusual vertebral compressions showed that he participated in hard manual labor, leading researchers to believe he was a slave.

He wore a short tunic made of wool fibers.

The other victim was found with his head down, his arms folded with his hands on his chest, his legs spread apart and his knees bent. The body position is similar to other cast seen in Pompeii, officials said.

Researchers believe the man was older than the other victim, between 30 and 40 years old, and about 5 feet 3 inches tall. He was wearing much more intricate clothing.

When archaeologists carefully removed the bones, officials made casts of the two victims found in a hallway in the “noble” part of the villa, in a layer of ash at least 6.5 feet deep.

The technique first became groundbreaking in the 1800s to keep victims in the positions where they died.

According to officials, both men died suddenly “during the so-called second pyroclastic flow” that occurred after the initial eruption, but were nonetheless extremely violent. This second stream killed survivors trying to escape their homes in the estimated 30 minutes of silence following the initial devastation.

“The flow that hit, however, was very fast and very violent, bringing the first floors of the house down and surprising the victims as they tried to escape over a few inches of ash, leading to their deaths,” officials said. “In this case, it is likely that the pyroclastic flow flooded the space through several openings and buried them in the ashes.”

Amid Thailand’s protests, a dreaded tool to protect the monarchy returns