Even From Afar, Carol Channing Served Up That Broadway Wow 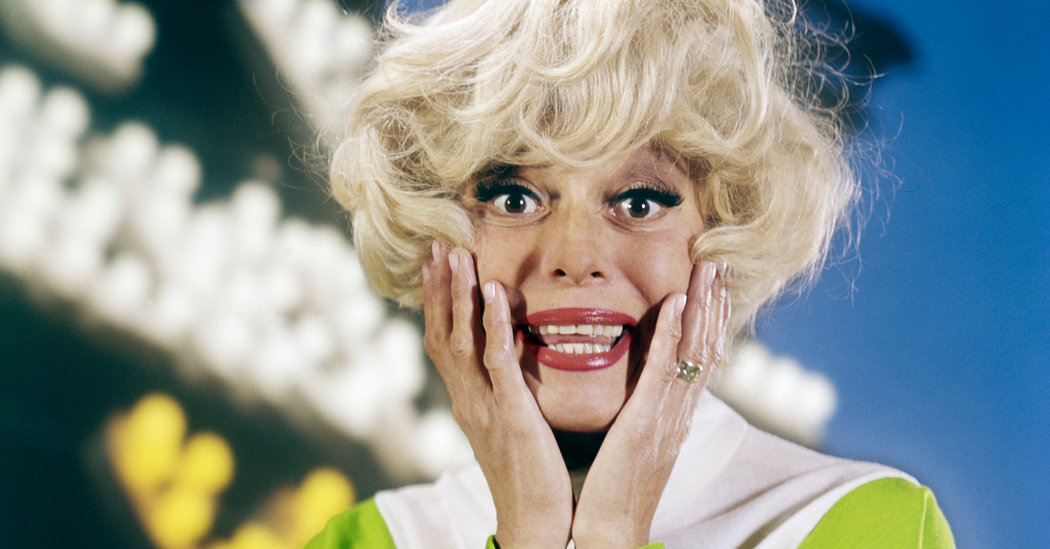 Long before I saw Carol Channing in the title role of "Hello, Dolly!" I had already watched her performance many, many times in my mind's eye and in very specific detail. When Ms. Channing, who died on Tuesday at 97, first appeared in the part with which she would forever be identified, I was only 9 years old and living in Winston-Salem, NC

But as a boy in thrall to all things New York , and especially all things Broadway, I monitored whatever was happening on the internships as closely as long distance allowed in the pre-internet age. My parents subscribed to The New York, so that was a help, and I could go to the Wake Forest College library, just a bike ride away, and check out the arts pages of The Times.

But even without such auxiliary aids , I have the feeling that Ms. Channing's Dolly would have imprinted herself on my imagination. That show, and here performance, seemed to have infiltrated the entire United States in 1964, much as the musical "Hamilton" would be half a century later. Its exuberance, as embodied by its title song, had a neon-bright kick that contributed to the shadow of John F. Kennedy's assassination the year before.

[Readthe memories of Carol Channing from those who knew her]

With my sister, who was seven years older but almost equally smitten with the romance of musical theater, I acquired the original cast recording (three sacred words to me at the time). I studied the photographs on the inside of the album cover, memorized the liner notes and, within at most 36 hours, knew every lyric to each of his songs.

I made myself a vow, that I would somehow, some day get to New York and see Ms. Channing – in that five-alarm-red gown, with the matching feathered headdress – walk down that staircase, serenaded by dancing waiters. That was my idea of ​​what heaven would be, a country of outsize gestures, bright colors and mind-candy melody, all presided over by a figure of titanic self-assurance who was too grotesque to be beautiful and yet too beautiful to be grotesque.

I described my vow in the school car pool one morning to our driver, and next-by neighbor, Mr. Francis, who was skeptical. “You think it's still running by then, Ben?” He asked, knowing my family seldom ventured beyond the beaches of South Carolina for our vacations. "Oh, yes," I said confidently. In the meantime, I saw here she appeared on television, matching that animated face to the velvet foghorn voice from the record. "Dolly !," alas, had indeed departed long before I moved to Manhattan in the late 1970s . But the image of Ms. Channing – with the overflowing eyes and city-devouring grin

The words Carol Channing had become for me, as I suspect they had for many others, a shorthand for the spectacular eccentric presence of which musical comedy stars were made. It was said of her that so many stars who loomed extra-large across the orchestra pit, she was just as much of a "head trip" (as a friend of my put it) in real life.

I had the chance to confirm this when, in the early 1980s, I attended a dinner party given by the great theater caricaturist Al Hirschfeld and his wife Dolly. The other guests included Lillian Gish, Gloria Vanderbilt, the playwright Paul Osborn ("Morning's at Seven") and the fabled critic Walter Kerr and his wife, the essayist and playwright Jean Kerr. . Channing overwhelmed with the cream, a blaze of blondness and tarantula eyelashes. Surreally, you felt that she might have been sketched, a looping whorls of ink, into existence by our host, who had drawn her so many times. And – oh, the bliss of it! – When dinner was served, she pulled out of her Chan-sized handbag in silver, which was filled with the vegetables (raw, I think) on which she lived.

When I finally saw Ms. Channing in "Hello, Dolly!" – in the 1995 Broadway revival – it seemed almost unnecessary. It wasn't that she was a disappointment, in any way. She still crowed and glowed and wow-wowed, as the lyrics of the show's title song promised she would. And you could feel here absorbing the audience's adoration like a sci-fi mutant growing ever larger than the energy from all other life-forms.

But that performance was just one part of a continuum that had been unspooling in my mind for nearly 30 years. Even with the exposure afforded screen and television stars, she had already insinuated herself on a permanent shelf in my memory bank.

I knew exactly what she was as a theater star, and that was indeed the person I saw onstage. “Oh, it's you again,” a part of my mind observed, happily but almost casually. Dolly had never gone away at all.