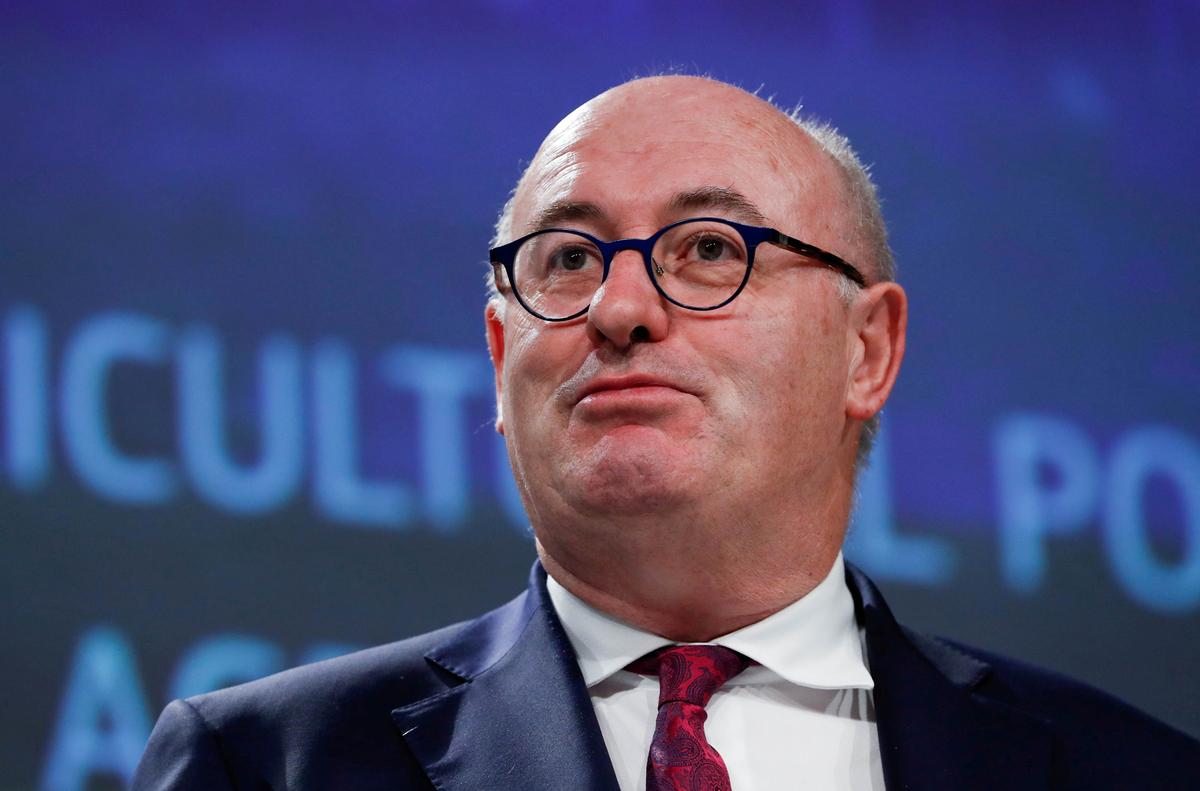 DUBLIN (Reuters) – The European Commission has agreed to compensate Irish farmers for collapse in beef and dairy prices in the event of a no-deal Brexit, the Irish edition of the Sunday Times newspaper, quoting Irish government and EU sources.

Farmers would be in line for hundreds of millions of euros in emergency aid to offset a market collapse and the loss of British customers, the newspaper reported. Agriculture Minister Michael Creed said last month Dublin would seek that amount for his farming and fishing industry.

With close trading links with Britain, especially in labor intensive sectors like agri-food, Ireland's export-led economy is considered the most vulnerable of the remaining 27 European Union members to a disruptive exit by its neighbor.

The details of the scheme were finalized between Creed and the commission's agriculture chief Phil Hogan, the report said.

A spokesman for Creed said the two with last Monday to discuss the potential impact of a disorderly Brexit on the Irish agri-food and fisheries sectors.

In a statement, the minister said he had stressed the need to deploy market response measures, including exceptional aid, and that Commissioner Hogan reiterated the EU readiness to respond and support Ireland.

A spokesperson for the Commission could not immediately be reached for comment.

The Sunday Times said the compensation, similar to measures taken when Russia banned EU farm produce, could also apply to Dutch and Belgian flower producers and Danish dairy and bacon farmers, all of whom export heavily to Britain.

Irish Prime Minister Leo Varadkar said this week he had alerted the commission that Dublin would seek aid for firms in Britain leaving the European Union without a deal next month, alongside other potential emergency EU and domestic funding.