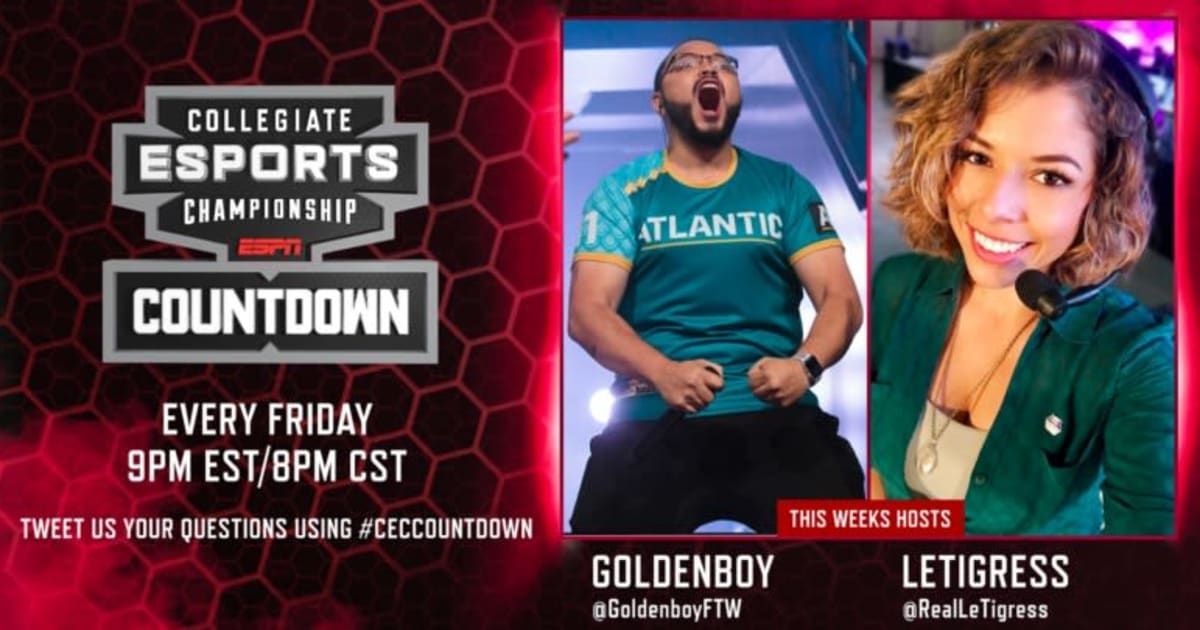 The line between esports and other competitions continues to be blurred, and the latest sign is a new show from ESPN that is about to fly. College Esports Championship: Countdown runs every week, starting tonight at. 21.00 ET. It goes all the way up to the very first ESPN Collegiate Esports Championship (CEC) in May when various schools compete for Overwatch, Street Fighter V: Arcade Edition, Hearthstone, StarCraft II and Stormens Heterne ]. Viewers can watch ESPN3, as well as Twitch, YouTube and Twitter .

The show is hosted by Alex "Goldenboy" Mendez and LeTigress as they cover the week's collegiate esports action and its growing presence on campuses. It's not quite the March Madness you're used to, but who knows, maybe one day students will be behind esports commentators holding weird signs that support their university. A YouTube stream for the show is embedded below.