Cottonwood River begins as two separate rivers in western Marion County. Both feed Marion Reservoir and are controlled there

Cottonwood River drains much of Marion, Chase and Lyon Counties on the way to join the Neosho River near Emporia and then on to the Arkansas River and ultimately the Mississippi. 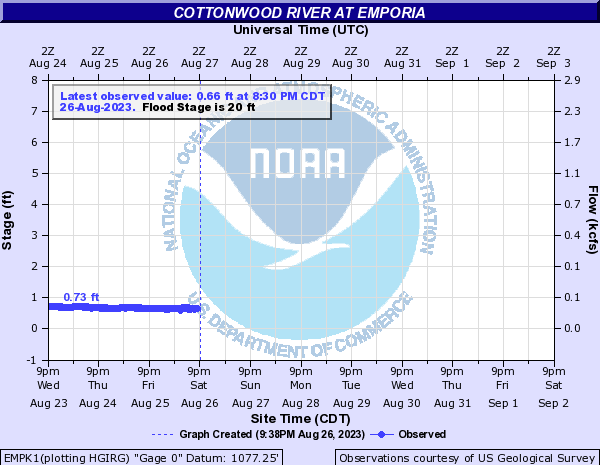 29.2 Water reaches the deck of the Old Highway K 99 bridge over the Cottonwood River.

20 South Bank of the Cottonwood River 1