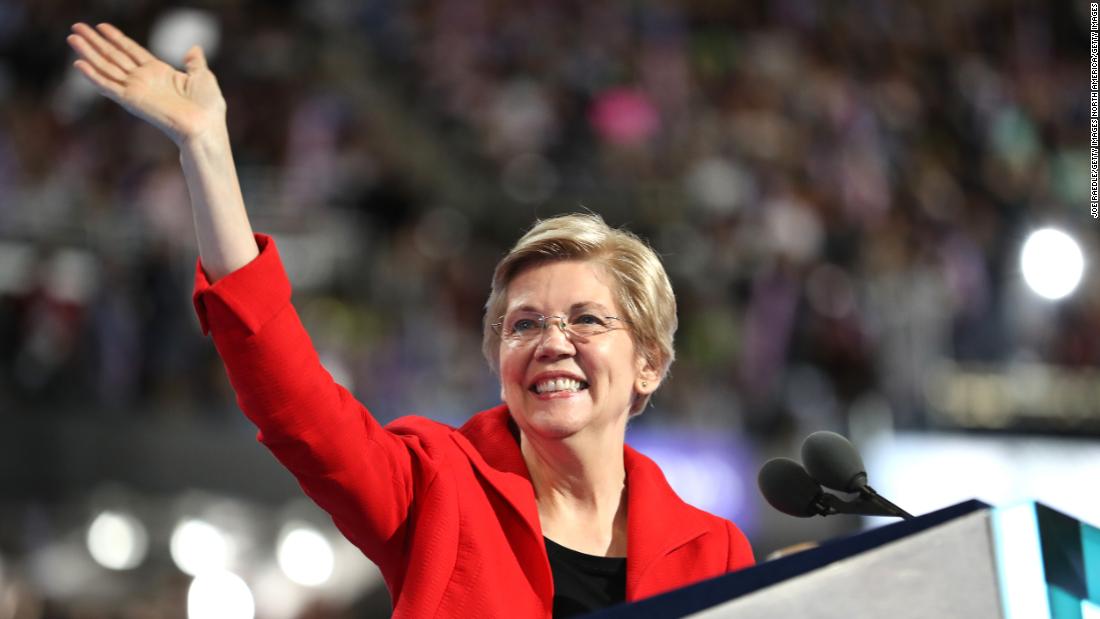 Tuesday, Warren's claims made a big hit: The Washington Post reported on a Texas bar registration card from 1986, where clear and apparently on its own, the Massachusetts Democrat had written "American Indian" when asked to identify her race.

Neither Warren nor her office either denied the authenticity of the document or it was the senator's signature on it. "I can't go back," Warren told the post in an interview Tuesday. "But I'm sorry to promote confusion about tribal sovereignty and tribal citizenship and damage that resulted."

Here's why it all matters so much: Before Posten's report on this bar registration card, Warren had maintained some level of plausible denitability of claiming himself as an Indian. As the record wrote:

"Texas bar registration card is essential among other reasons because it eliminates any doubt that Warren directly claimed the identity. In other cases, Warren has declined to say whether she or an assistant filled out forms. "

When the story originally broke out during Warren's 2012 Senate campaign, it was reported that Warren had been listed as a minority in a faculty catalog at Harvard Law School – and had been part of the school's exploitation of its diversity. At that time, Warren and her campaign insisted that she was not aware that her background was proclaimed by Harvard – and had never asked them to do so.

When subsequent stories arose about Warren being listed as an Indian in a similar faculty catalog by the University of Pennsylvania, the Warren team gave the same answer. She was not aware of the listing – and certainly never got any benefit from it.

A rich reported Boston Globe study concluded that Warren was correct in her claim that she had never been professionally listed as Indians. But the bigger question about her heritage lingered.
The answer to that is still unclear. In October, Warren released a five-minute video designed to clarify the controversy once and for all – and before announcing to the president.

It wasn't just something that was unclear, but it also worried Cherokee Nation who claimed to define ethnicity via DNA and bloodlines was a dicey proposition.

Last week, apparently out of the blue, Warren apologized for using the DNA test as an attempt to prove his legacy. This excuse gives much more meaning in the light of the Post Reporting Tuesday.

What we now know is that Warren was actively identified as an Indian as far back as 1986. This was not a mix or misunderstanding or anyone who worked for Warren made a mistake. This was Warren's work.

It still does not mean that she has got anything from her decision to call herself an Indian on some documents. The bar registration card is a simple formality, not the kind of thing that somehow will benefit Warren in any significant way.

But what that means is Warrens efforts to remove all this before she officially becomes a presidential candidate – she is in the exploratory committee phase now – has failed and failed.

Much of the presidential campaign introduces yourself to voters who do not know you. And the best way to do that is to tell them the story of your life – how to get to a place where you think you're best equipped to represent a nation of over 300 million people.

This back story is hopelessly compromised for Warren now. Every time she talks about growing up or her life before this presidential battle, it will kill the (ongoing) controversy over why she claimed to be Indians despite very bad evidence of this claim. She won't be able to escape it. It will be in every story of her past – and in the minds of most voters when they think about which candidate to support.

When Donald Trump is the US President, nothing in politics is impossible. So Warren could somehow put all this behind her and be nominated. But there is no doubt that her path to the democratic presidential election has grown considerably steeper since October last year. And the slope became even more pitched on Tuesday.