El Paso has ‘successful’ launch of mega-vaccination efforts as 1,300 get shots in one day 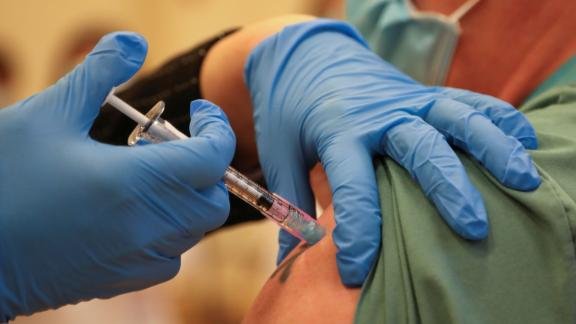 EL PASO, Texas – El Paso was chosen by the state of Texas to be a mega-vaccination hub, and the community’s emergency management coordinator calls the initial launch “successful.”

El Paso Assistant Fire Chief Jorge Rodriguez, who also serves as the coordinator of emergency management operations in the county, updated El Paso County commissioners on the vaccination effort at a meeting Monday.

Rodriguez said 1,300 people were vaccinated Sunday at a mega-site in El Paso. He expects 1,500 more people to be vaccinated in the coming days.

So far, El Paso has received 55.00 vaccines, of which 33,160 people have received their first dose and 4,996 are fully vaccinated. There are currently 82,000 people registered to receive the vaccine via epstrong.org.

University Medical Center received 5,000 of the vaccines sent by the state, the city received the other 5,000.

The hospital has also been selected as a mega-vaccination site and is currently working on a plan to roll out these vaccinations, UMC spokesman Ryan Mielke said. As ABC-7 reported Sunday, the hospital opened online registration for the 5,000 vaccines and matched them all with recipients within three hours, so registration is closed

“We have already started vaccinating some of these 5,000 (humans),”

County Judge Ricardo Samaniego said the UMC started their vaccination efforts at the hospital but will soon move it to the El Paso County Coliseum.

Commissioner David Stout, also in the Covid-19 Task Force for the county, recommended opening four to five mega-sites to get vaccines distributed even faster. He suggested using funding from the Cares Act for such an effort.

UTEP has also just been approved as a vaccine provider, and Stout stated that university president Heather Wilson is ready to help with the vaccination by making UTEP a mega-site.

Here’s why some COVID-19 strains spread faster than others