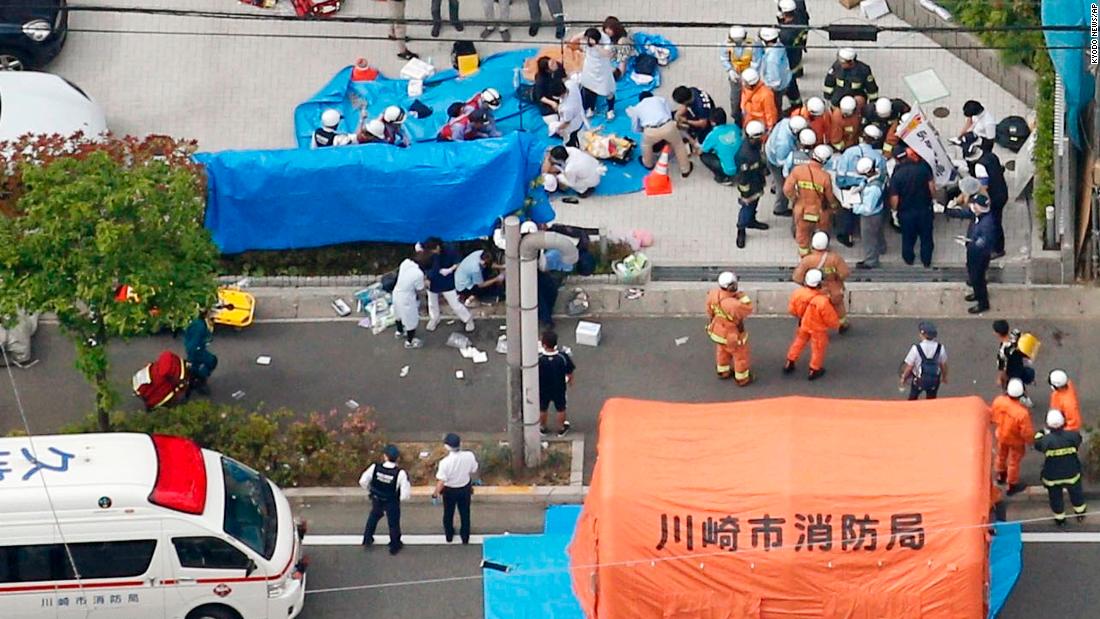 The city's fire department said it received an emergency call at. 19.44. Tokyo's time when more people had been stabbed, said the department's spokesman Akira Tanaka to CNN.

Three people, including an elementary school pupil, are in critical condition, according to the Japanese public broadcaster NHK.

Eight children and seven adults received treatment, according to NHK.

NHK reported that a suspect had been detained. He is in the 40's or 50's and has a serious injury.

Kawasaki is located about 21 kilometers from Tokyo.