Eagles vs. The end result of the raven: Observations from Philadelphia’s loss to Baltimore, 30 to 28 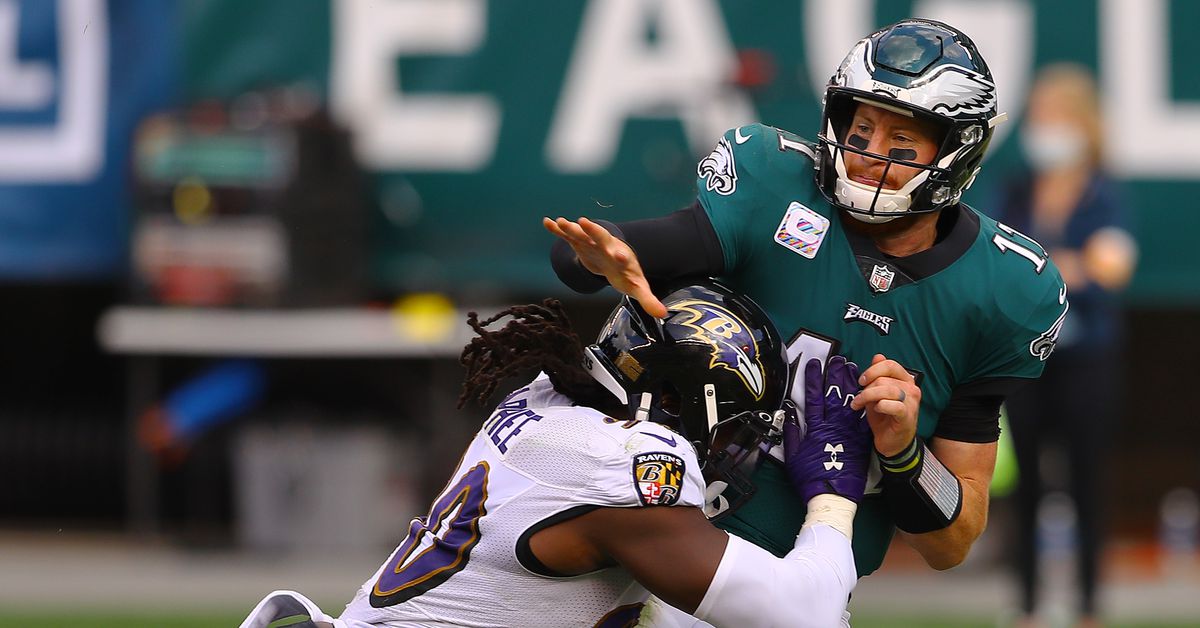 Well, the Philadelphia Eagles’ Week 6 loss to the Baltimore Ravens could have been worse. They fought back after a very bad start. But in the end, that was not enough.

Read on for some observations and thoughts after the game.

Hightower dropped a TD last week, now this easy catch dropped today. Tell me again how smart it was for Roseman to wait until the 5th round to draw another wide receiver. pic.twitter.com/OBML77hK36

No defense of the ruined game TD by Lamar. He’s just making his own rules.

Bigger concern for the Eagles: * everyone * has been able to cover the non-Hollywood Brown WRs for Baltimore this year. Early 3rd and 10th conversion for Boykin and Duvernay is not fantastic!

The Eagles’ offense is heinous.

It is also the fourth highest price offense in the NFL.

The first downturns for the Eagles offense today:

He took another first down on a 2nd-and-2. Then Hurts threw to Wentz out wide, who threw back to Hurts, who took two yards up. And we doubted he was worth the overall No. 53 pick! The Eagles finally got the ball to Travis Fulgham, who logged a 20-yard reception over the middle to place Philly in Ravens territory. A promising drive for once !? Greg Ward got a really tough, contested catch along the sideline as he went out of bounds when Wentz was also hit. The piece was reviewed and it stood. Great job by G-Ward! Sanders dropped a touchdown pass in the end zone to bring the 3rd-and-2 up. Not the easiest game ever, but he needed to make it.

The Eagles came to 4th-and-1 on the 20-yard line, and Wentz’s sneak was stopped short. Shame to see the Eagles’ most promising driving end with zero points.