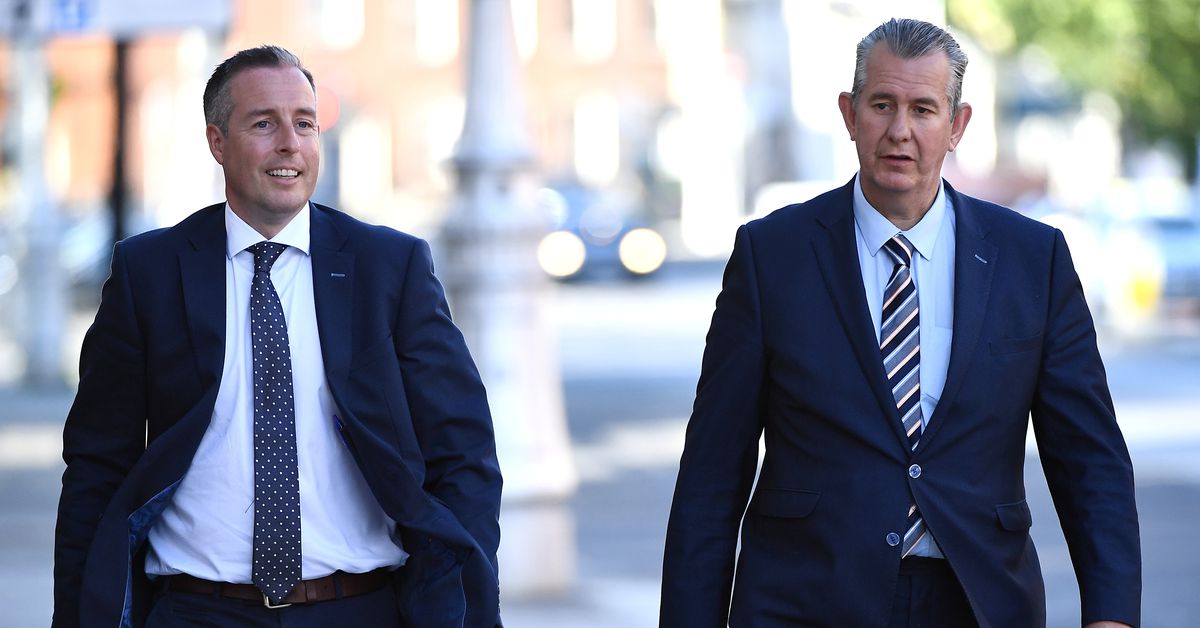 The leader of the Democratic Unionist Party (DUP), Edwin Poots, was opposed by 24 of his party’s 28 regional legislators over the appointment of a new Prime Minister of the United Kingdom. They had become angry over a move by the London government to speed up the introduction of Irish language rights in an attempt to persuade Irish nationalists Sinn Fein to back the nomination.

Asked whether Poots was likely to face a vote of confidence, party chairman Maurice Morrow said “wait and see”, the BBC reported.

Poots setbacks add to political instability in Northern Ireland, which is the focus of a trade spat between Britain and the European Union and has seen street violence driven by anger over trade restrictions with the rest of Britain.

Objections from trade unionists and members of his Conservative party to trade restrictions have put pressure on British Prime Minister Boris Johnson to try to get the EU to tear up the rules, a demand that bloc leaders have repeatedly rejected.

Lawmakers had wanted Poots to halt the nomination process due to a UK government promise to introduce legislation giving additional rights to Irish speakers if the local assembly fails to do so by October.

“The feelings in the party were very, very clear. It was not a marginal vote … There should not have been a nomination,” Wilson said.

“Anyone who can not bring their party with them will find that they are unable to continue,” Wilson said when asked if Poots should stand as leader.

Givan, 39, was confirmed as head of Northern Ireland’s power-sharing leadership – introduced by the 1998 peace deal, which ended 30 years of sectarian violence – with Sinn Fein’s consent.

Poots, who ousted and replaced Foster with a promise to listen to members and unite the party, have had a turbulent month at the helm.

A divisive leadership election led to the resignation of some local DUP councilors, while two regional ministers he dropped criticized the new appointments for not healing the divisions. Read more

Sinn Fein and the DUP had agreed to bring in the Irish language laws as part of a political agreement mediated by London and Dublin. However, many DUP members are opposed to introducing language legislation in the coming months.