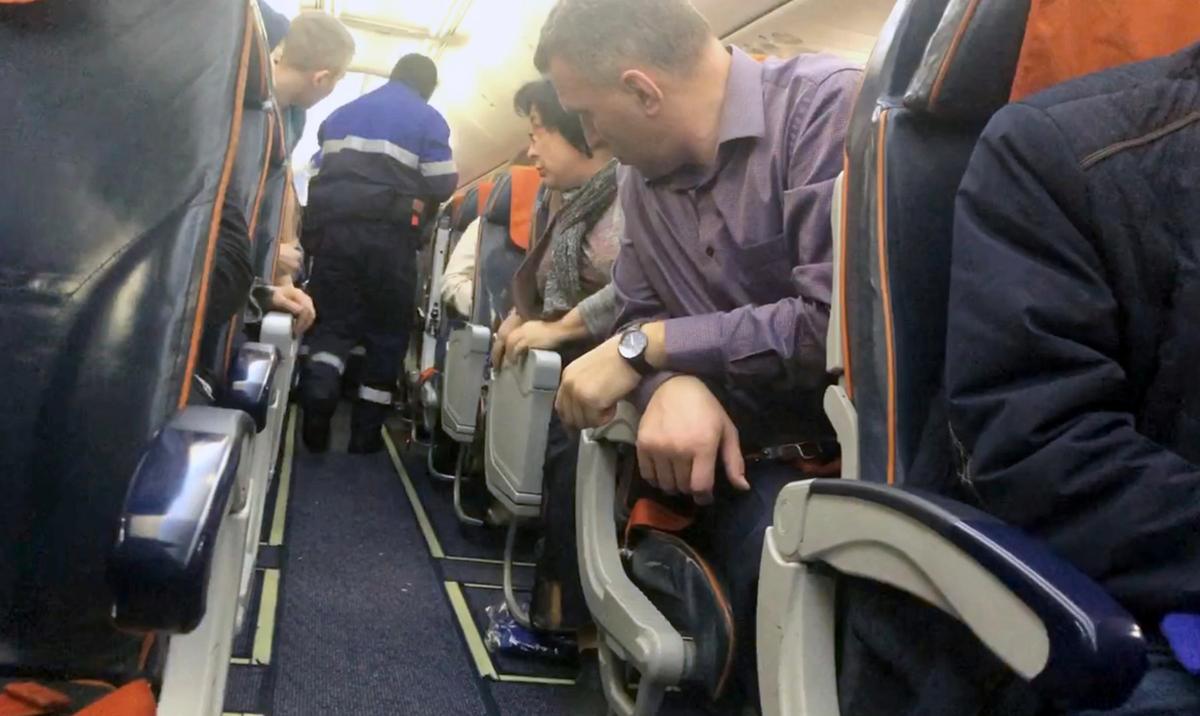 9 in this image obtained from a social media on January 22, 2019. MAXIM TVERITNEV / via REUTERS

MOSCOW (Reuters) – A drunk Russian man who mistakenly tried to hijack an Aeroflot passenger flight was detained by police on Tuesday after the plane made an emergency landing in Siberia, Russian investigators said.

The passenger, who claimed he was armed, attempted to break into the cockpit during the flight from the Siberian city of Surgut to Moscow and demanded that Aeroflot flight SU 1515 change course and fly to Afghanistan, Russian news agencies reported.

It turned out later that he was bluffing and not armed.

State TV channel Rossiya-24 showed recordings of masked security officers seizing the man on board the plane and carrying him out with his hands behind his back.

"Passengers and crew members aboard the aircraft were safely and safely dismantled," Aeroflot said in a statement.

Drowning events involving passengers on commercial flights in Russia are fairly common, although it is unusual for them to result in flights being diverted.

Russia's Investigation Committee said it had opened a criminal investigation of the man facing potential charges of hijacking a plane while threatening to use violence.

Crime carries a prison sentence of between seven and 12 years.