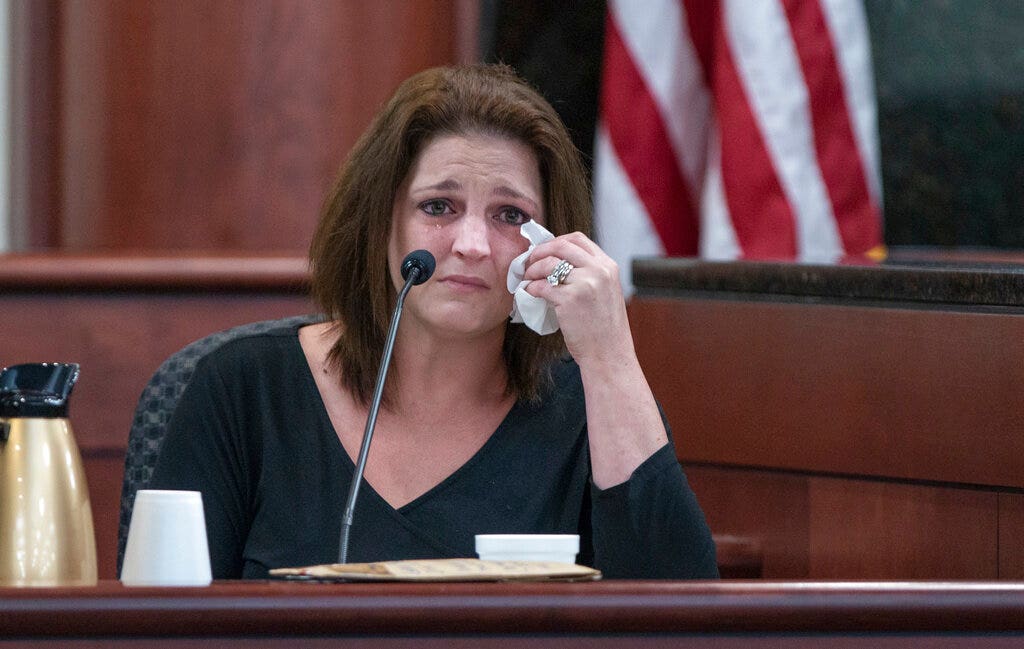 A dramatic scene unfolded in a South Carolina soldier on Monday, where a teary-eyed mother testified at the death penalty of her ex-husband accused of killing their five children in the blind blind.

A prosecutor asked Amber Kyzer to read a letter she had written their eldest child, tried to comfort her over the divorce and the pain of being in a broken home.

Amber Jones cries from the testimony while questioning 11th Circuit Deputy Solicitor Suzanne Mayes during the trial of his former husband Tim Jone.
(state via AP)

"You children are my world, and mom and dad were really blessed to have you," Kyzer reads the testimony as he pauses and breaks into sobering cops.

"Oh God Oh God, my babies, my babies," said Kyzer, as the judge hurried to get the jury out of court.

Her former husband, Timothy Jones Jr., is trying for his life. He showed no emotion in recordings of the trial streamed from the Lexington County Courthouse.

Jones, 37, is accused of five counts of murder. His lawyers are trying to get him found innocent because of mental illness.

Authorities said Jones wrapped their bodies in plastic and put them in his SUV and drove around in the southeastern United States without leaving their bodies on a hilltop. Jones was arrested at a Mississippi traffic control site where an officer testified that he recognized "the smell of death" coming from the car.

Kyzer said Jones was a good father while they were married, but he seemed to start having mental problems after divorcing.

Jones lawyers said in their opening statement that Jones & # 39; mother has been in a mental institution for 20 years and he had undiagnosed schizophrenia. Jones's thin understanding of reality was broken by his former wife's adultery, the difficulty of raising five small children alone and a feeling that he didn't live up to his religious beliefs.