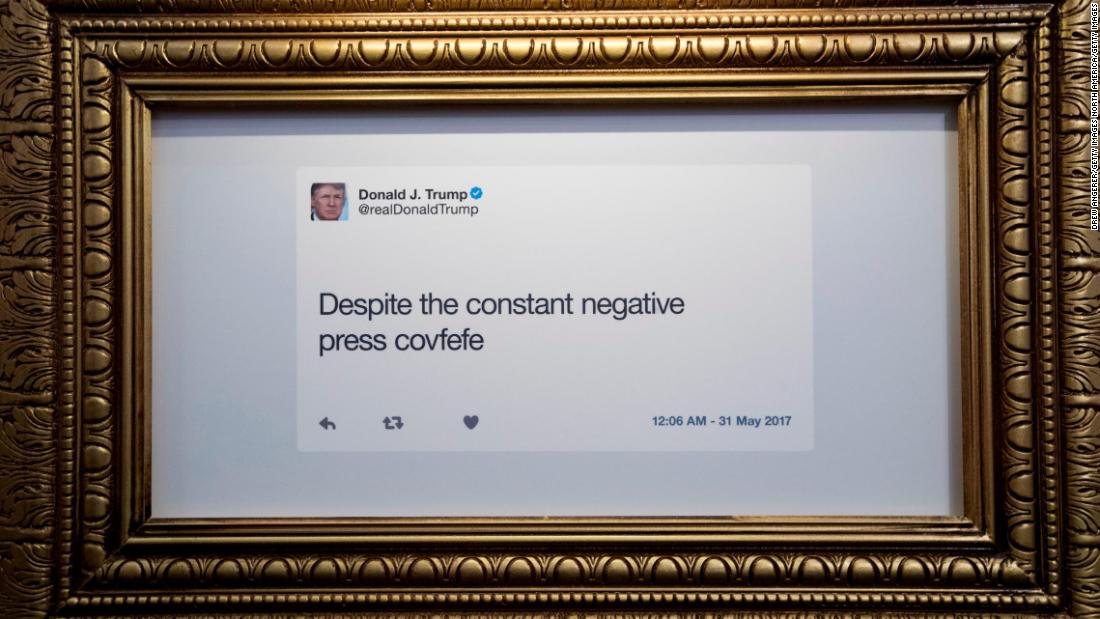 The first two years of his presidency strongly suggest the latter to be true in almost every case; Trump seems to start every day with a little memory or care for the day before. He only responds to what he sees. It's so simple.

But in an important element of his presidency – Twitter – Trump seems to work somewhat strategically, as evidenced by his explanation of how he sees the social networking service in an interview with Fox News Channel over the weekend:

"Twitter is really a typewriter for me. It's really not Twitter – it's – Twitter goes on TV, or if they break news, I'll tweet, I'll say & # 39; Watch this – boom. & # 39; I made the Golan Heights Israel, and I put it on Twitter. If I put out a press release, no one will even see it. Today, Huawei, I put it on Twitter, people see. It's not building Twitter. As soon as it goes out, it goes on television, it goes on Facebook, it goes everywhere and it is instantaneous ̵

Trump is completely unclear on how he explains his approach for Twitter, but if you take out all the verbal counterparts themselves Contradictory and other inequalities are what you follow: Trump understands that tweeting something from his personal account is the most reliable way to make sure it is noticed and covered – and quickly.

And he's right. When Trump tweets something like "If Iran wants to fight, it will be the official end of Iran. Never threaten the US again!" (as he did on Sunday), the cable network – and most digital news sites – will quickly cover the tweet: give context, analyze global impact and the like.

The connection between Trump's Twitter fingers and almost immediate news coverage has long been a matter of among the Liberals (and Republican "never trumpers") insisting that the media allow the president to dictate not only the subjects of national debate but also the conditions as the questions will be put forward.

Ignore his tweets, they say! He only sends them because he knows he can get attention, they say!

The second formulation is undoubtedly true. But is Trump anything but any other politician in that respect? He wants to take on what is meant for the public – and he uses all the funds available to him. Yes, he speaks in deeply unconventional ways. But by using the biggest megaphone you think you can get – in Trump's case "Twitter + TV" – it's nothing new.

It's also hard to make the case that the media should ignore Trump's tweets. Take the example of the weekend mentioned above. The president of the United States sends a near-miss message to Iran on the intensified tensions between America and the Middle East. And this announcement comes in the wake of a battleship fleet moving into the region to deal with seemingly imminent threats from Iran. To ignore such a statement by the President – whether in the form of a tweet or a formal statement from the White House – would be a deterioration of the media's duty. (You can be sure that Iran does not ignore the tweet.) [Sidebar:EnoughnessharmedTrump's"typewriter"philosophyTwittererjegalforwarrantedonthemedianewtornorrepressmessagefromtheWhiteHusderciteredepresidentallIranat"oldgroupsAigen!")Itsenemies(politicalandotherwise)areanewthinginthismedia-politicalenvironmentFormerPresidentBarackObamahadTwitterbutdidn'tuseitasTrump-oranythingclosetoitAnditisclearthatTrumpunderstandsthatbyleveraginghispoweronTwitterhecansignalincreasinghisfavoritemessagealmostanywhere

Instead of ignoring Trump's tweets, as I have not said, truly a viable option is what the media should instead provide lots of context and factual control about them. Do not leave tweets in a vacuum. Provide the necessary materials to ensure that the public using Trump's tweets also gets information he leaves or misses.

Will it all reach? No. Some people have no interest in coherence and additional facts. Will it change many minds? Not necessarily because many people have no interest in changing their mind based on facts. But it will ensure that the media does its job of informing the public – even with a president like the one who does his best to break down journalistic responsibility.