Donald Trump says the US should sue Facebook and Google, complaining about alleged political bias by tech giants 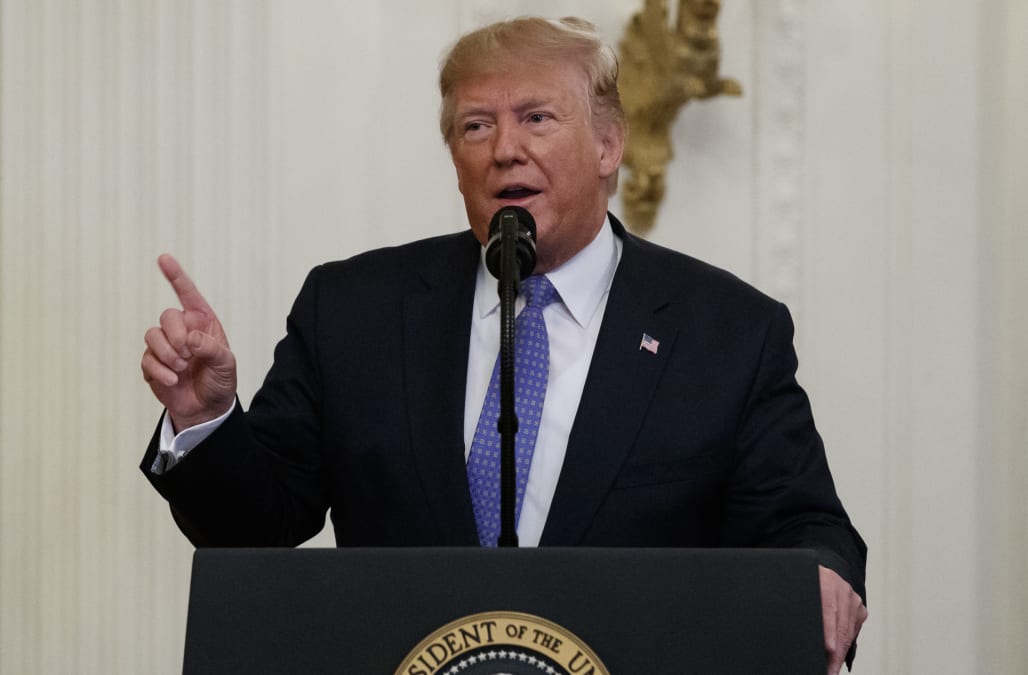 President Trump suggested that the US government be able to sue technology giants, including Facebook and Google – even though he did not spell out what the basis of such litigation might be – while he opposed the supposed anti-conservative confusion of Silicon Valley their holder. 19659002] In an interview with Fox Business Network on Wednesday, he raised the issue with the European Commission's steps to introduce antitrust sanctions against tech companies, including Google.

"See, we should sue Google and Facebook and all that we might want OK?" Trump said in the interview.

The US Department of Justice and the FTC are said to consider launching antitrust investigations for Google, Facebook, Amazon and Apple.

RELATED: Look at the companies Facebook has confirmed that they have shared private data with:

However, Trump claimed that Big Tech is "all democrats" and that their services are "totally biased towards democrats." He claimed that Twitter – where Trump has over 61 million followers – makes it hard for people to follow him on the platform. Trump famously used Twitter to issue messages and rants every day.

"What they did for me on Twitter is incredible," he said. "I have millions and millions of followers, but I will tell you that they make it very difficult for people to join me on Twitter and they make it much harder for me to get out of the message."

In the interview with Fox Business, Trump also called for the alleged bias from Google, referring to recordings released Tuesday by conservative group Project Veritas, whose purpose is to show a Google Executive saying the company should work to prevent "the next trump situation."

Trump said Twitter "should be sued because of what happens with bias" and added: "Now you see it with the managing yesterday from Google. Hate to the Republicans. It's not even like & # 39; Gee! Let us lean Democrat. ""