Donald Trump is seen more negatively than Vladimir Putin, Xi Jinping and most other world leaders 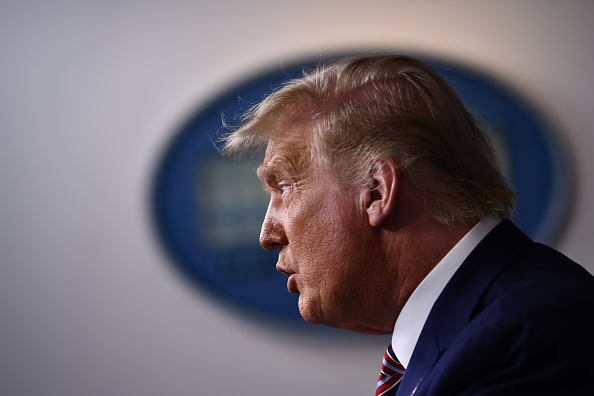 In a new poll from the Pew Research Center, 83 percent of participants said they did not trust Trump in world affairs. Only 16 percent said they trusted him to do the right thing when it comes to international relations.

Out of the six leaders who took part in the survey, Trump received the lowest score, followed by Xi, where 78 percent of participants expressed distrust of him on world affairs, and Putin with 73 percent.

The emphasis on world affairs comes as nations struggle to present a collective global front against the coronavirus pandemic this year. The majority of participants surveyed in the 1

4 nations said the impact of COVID-19 could have been mitigated in their own countries with greater international cooperation.

It is not just in the United States that people overwhelmingly view Trump’s response to the pandemic negatively. Among the 13 other countries, the United States received an average approval rating of 15 percent.

By comparison, nearly three-quarters of adults say their own country has done a good job of dealing with the outbreak. More than half of the respondents saw positively the answers from the World Health Organization and the European Union.

China also received lower grades with a median of 13 countries at 37 percent, but the result is still more than double that of the United States. The negative views from China, where COVID-19 was first discovered in late 2019, are most sharp in the OS

As views on China continue to crumble among Americans, about eight out of 10 say the Chinese government’s initial handling of the virus is to blame for the global spread of the outbreak.

Although tensions between the United States and China continue to intensify, people in other nations name China as the world’s leading economic power.

The survey also showed that 78 percent of Americans believe that the spread of infectious diseases is the biggest threat to American adults in the UK, Japan and South Korea also agree that it is a major concern. However, many Europeans see global climate change as the biggest threat despite COVID-19.