Disney deletes a scene from Toy Story 2 in a post-MeToo edit. 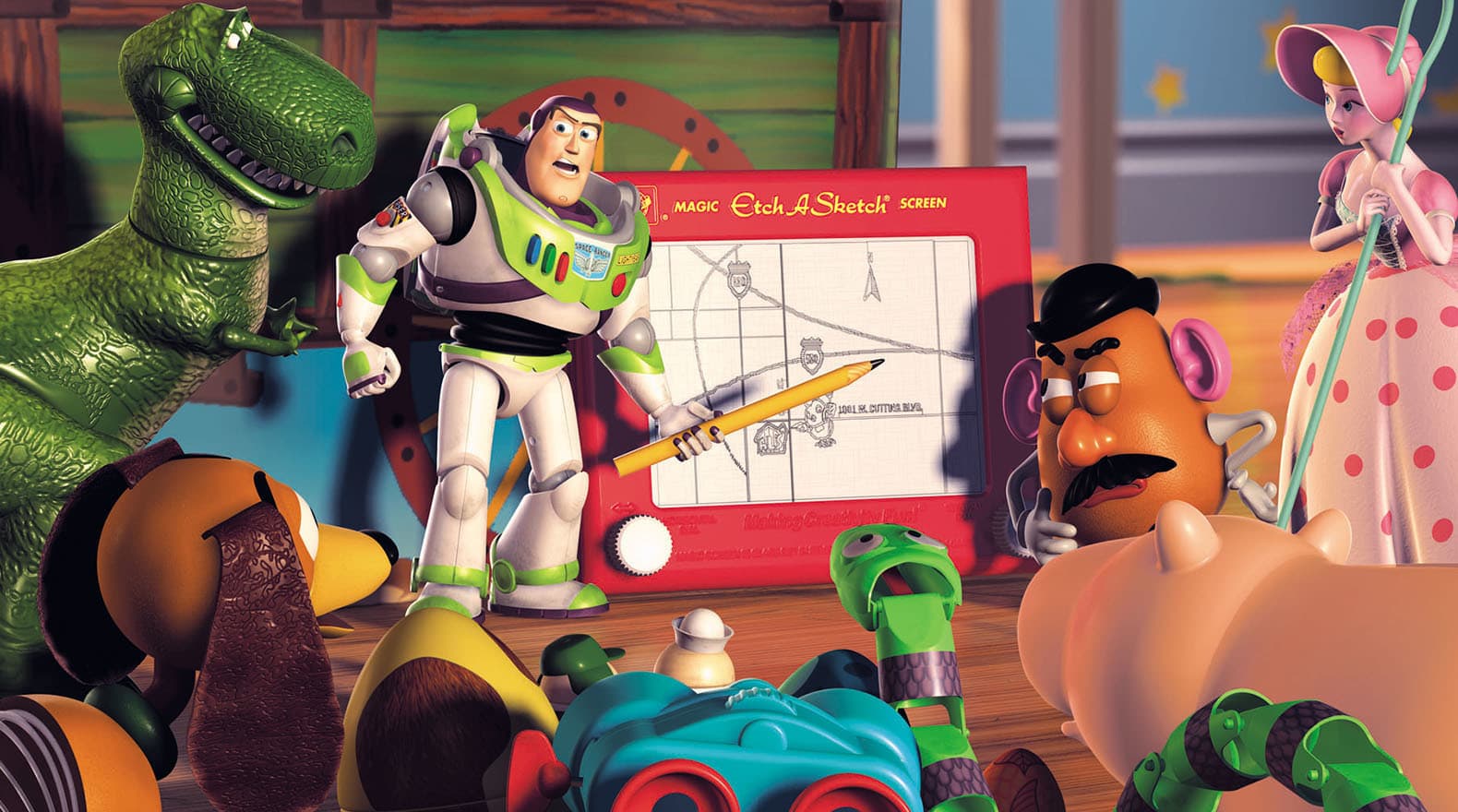 Disney has removed a potentially controversial "casting-couch" scene from the "faux blooper" sequence running during the credits of Toy Story 2. The scene, which shows the character Stinky Pete (aka The Prospector) engaging in a suggestive flirtation with two Barbie dolls while offering to help them score a role in Toy Story 3, has reportedly been removed from new releases of the film on streaming and physical media . In light of the #MeToo movement's influence in Hollywood —and especially in light of sexual harassment allegations against Toy Story 2 's director (and ousted Pixar head) John Lasseter — this scene now longer plays now the same way it did in 1999. [1] Pixar films were often included a fake blooper reel that would run during credits sequences. They mostly exist as an excuse for additional slapstick but also contain meta-gags about Hollywood and the entertainment industry. In the "casting-couch" blooper, Woody turns around the Prospector's box, as he does in the film, to find old Stinky Pete having an informal meeting with the two Barbie dolls. "So, you two are absolutely identical?" He asks staring up at the Barbies. Chuckling lecherously to himself, the Prospector then reaches out and grabs one of the dolls by the hand, saying “You know, I'm sure I could get you a part in Toy Story 3 .” The scene ends with the Prospector realizing that his proposition was being filmed and quickly pretending that he had been giving the girls "tips on acting."

The scene reflected just how pervasive the industry's practice of extracting sexual favors in exchange for career opportunities was — so pervasive you could joke about it in a kid's movie. The specifics of Lasseter's actions are publicly vagabonded as "missteps" —but they were allegedly known by women within the Pixar for inappropriately lengthy bearings and for grabbing, kissing, making comments about physical attributes.

Disney is no stranger to self-censorship, the company commonly removes racist imagery and stereotyping from its older works, but this is the first example of Disney censorship occurring in reference to the sexually exploitative industry practices and casting culture that inspired the #MeToo movement. The censorship reflects the changing cultural standards concerning what is and is not acceptable as it relates to gender and sexual exploitation in the workplace. Having edited the lecherous out of the company itself, editing the lechery out of Toy Story 2 is Disney's next logical step.