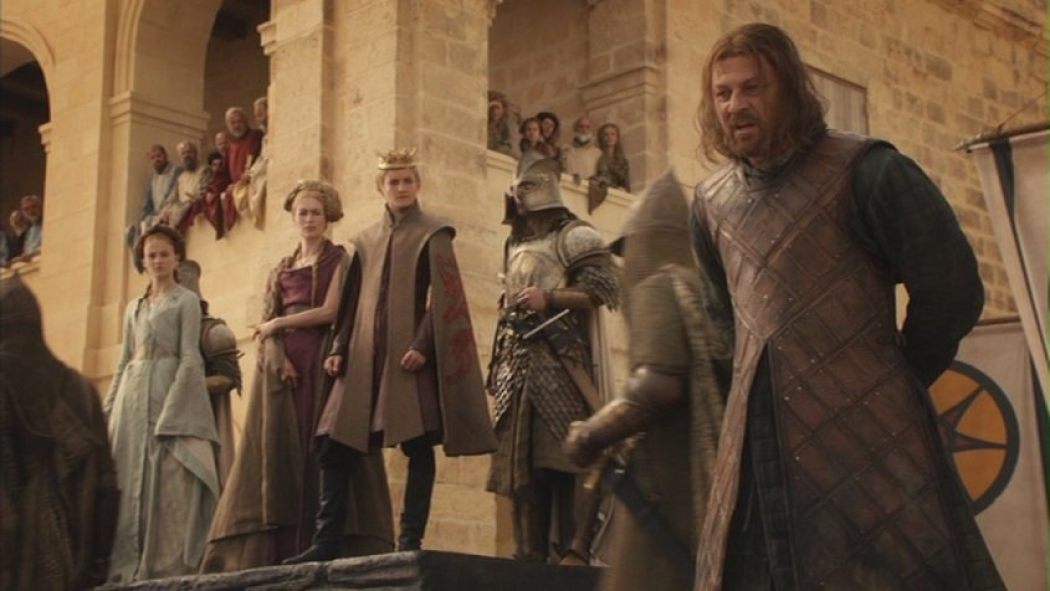 * Spoilers for Game of Thrones, A Song of Ice and Fire, and Buffy the Vampire Slayer below *

George R.R. Martin has garnered a reputation. If you are most people what his job description is, "murderer of major characters" would be the second or third most frequent answer, but his reputed penchant for brutality does not end with sudden character deaths. Martin's A song of ice and fire novels depict so much incest, sexual violence, physical and psychological mutilations, patricide, fratricide, and infanticide that fantasy fans once considered reading them an extreme sport.

HBO's [19659002] Game of Thrones has just concluded, and if there is one thing that the series remained faithful to until the very end, it was the books' gruesome reputation. For eight years, the series dominated watercooler conversations with a steady stream of shock deaths, heartbreaking twists, and the addicting anticipation for more deaths and twists.

Entire ad campaigns around the iconic lines "Winter is coming" and "All men" must die, "promising the peril that got viewers' adrenaline pumping. Fans responded in child by making "Who will die next?" The foremost question week after week. Game of Thrones "death pools" became a common occurrence both online and in office spaces.

All of this is to say that Game of Thrones loved to shock us, and we loved being shocked by it, but the funny thing is that shock value has never been one of the series' strong suits. Thrones gained a lot of notoriety in its early seasons for being one of the few fantasy properties that let its good guys die horribly, but when considered as a drama, it was never exactly rule-breaking in its stakes. Down Stark's fall and execution was a textbook Shakespearean tragedy, and the Red Wedding would not have been out of place in a gangster movie. Neither events were as shocking as, say, Buffy Summers discovering her mom dead from an aneurysm.

Let's look back at Ned's execution and why it was so effective. For the ASOIAF uninitiated (and for those unfamiliar with Sean Bean's filmography), it is probably a gut punch to see Ned's head got chopped in "Baelor." The brilliance of it was that it is a gut-punch for anyone who knew it was coming too. Ned's death is not effective because it is surprising, it is effective because spends a whole season making it inevitable, while also giving you all the reasons to not want to happen. Like any great tragedy, Ned's death is like a slow-motion car crash ̵

1; no matter how painful, it's hard to look away.

It's because of this quality that season one of Game of Thrones remains the most rewatchable in my opinion. Ned's death is a single moment you can make a reaction video too; it's a cascade or monumental decisions. It was not a plot point that was written for the purposes of shock either; it existed to reinforce the way actions have consequences in GoT and and dangerous situations won come with easy exits. The beheading scene is not working just because of what it depicted, but also for what it implied about the future.

series — would not have worked without the precedent set by “Baelor” before it), season three of Thrones was where the series' appetite for shock value started to soap. In adapting the Red wedding storyline for television, the show creators made a major change by replacing Jeyne Westerling (Robb's lady in the books) with Talisa Maegyr or Volantis. The reasoning behind the change has never been made super clear, but several accounts attribute it to the showrunners "desire to make Robb Stark's more romantic, at the expense of Robb's and Catelyn's character arcs. Where could this desire come from? Well, ask yourself what is more viscerally disturbing: a mother and her son get cut down, or a mother and a young, pregnant couple getting cut down?

Now I don't think the Talisa change overwhelmed that season — the Red Wedding still worked very well in the context of the show – but in fact they were willing to make such a major change for the sake of maximizing a momentary knife twist was a troubling indication of the shift in priorities that was to come. The general reception to season three's "The Rains of Castamere" gave the show a shocked reaction high that it's been chasing ever since. The longer the show went on, the less time was spent fleshing out the characters and world people originally fell in love with. All time was dedicated towards executing "holy shit moments", which at season five seemed to be occurring every episode. What was worse, these "holy shit moments" became increasingly unmotivated, all in the name of preserving the surprise and topping the level of shock that came before.

The characters stopped being the fully-realized profiles of Martin's prose, and instead turned into inscrutable ciphers – the intention being that more time viewers have to spend trying to figure out what a character is thinking, the less time they will have to know what is about to do, thereby maintaining the shock of "What's next? ”The show deliberately obfuscated character motivations by deleting enlightening scenes, just to serve the momentary shock of the next big plot point.

By season seven, momentary catharsis and narrative ellipsis had become the defining features of Game of thrones . The show had become a collection of ostensibly shocking plot points, strung together by the barest of connective tissue. The lesson "actions have consequences" that Ned's death powerfully instilled, was now hollow because the show no longer made the time for consequences. The shocking revelation that Bran trapped Hodor in a fatal time paradox came and went so we could get to the epic moment where Cersei bombed the sept, which came and went so we could get to the electrifying part where Jon recruits a crack team of badasses to capture a wight. (Also came and went.)

In contrast to Ned's beheading / Jaime Lannister's amputation / the Red Wedding, the shocking moments of the later seasons existed exclusively for the visceral reactions provoked by the moments themselves. There was no culmination of character or deeper message to glean from Arya's stabbing in the canals of Braavos, but it made for a thrilling cliffhanger. By and large, this was true for the whole shock-oriented era or Game of Thrones . But it was okay because we loved being shocked…

… we loved being shocked by it until the final season's round of twists left many of us feeling alienated.

The complaints about Game of Thrones season eight have been abundant: “The pacing was off.” “Certain character arcs felt rushed.” “Major plot developments felt weightless.” If you've been keeping up with the show this season, then you have either heard or

As a result of the season eight's tepid reception, a whole cottage industry has sprung up around dissecting the reasons Game of Thrones went wrong. Maybe it's because showrunners David Benioff and D.B. Weiss, directionless without Martin's source material, rushed to the finish line so they could move on to Star Wars . Maybe it's because of lost sight of its sociological scope. "Plotting " "when they should have been" armored ". (Serious side note: unless you're in middle school, don't try to call people "plotters" or "armor". It's not polite.)

To be frank, we really need to dismiss the notion that something had to go Wrong for the season eight to come out the way it did. Game of Thrones s eason eight is the work its creators intended to be, and everything about it was engineered to be received the way it has been. (Okay, maybe the coffee cup was part of the plan, but everything else was.) Are you upset about the Long Night? Good. Did Daenerys' abrupt turn make you feel frustrated or betrayed? Great. Do you feel punished for ever caring about this show? Perfect

Don't get me wrong, the show is trying to make a profound statement by making people feel this way. It's just trying to serve the purpose of asking for it for years: to shock us. The anti-climax, the aborted character arcs, are just the latest iterations of this purpose. The reason for the season was so poorly constructed that the fact that nothing happens in Game of Thrones is all that shocking. The show is either going back to the days of Eddard Stark, where cause-and-effect applied, and characters' rises and downfalls had to be suspensefully cataloged, step by step. It 's terrified or looking in any way predictable

So that' s how we end up with a daenerys who cares about preserving civilian 's lives in one scene, and then unrepentantly murders droves of them in the next. To show any sort of progression from the form Dany to laughter would be a tacit admission that is not shocking, and that is just the type of story Game of Thrones is interested in counting. No amount of time, extra episodes, pages from George R.R. Martin, or "pantsing" can fix that.