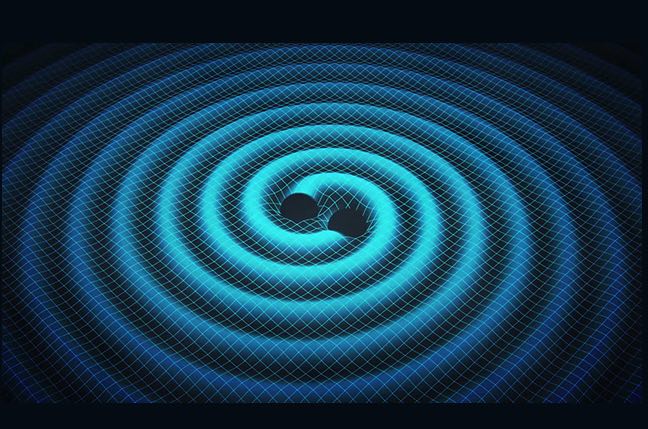 Scientists think they've made a major leap towards the expansion rate of the universe, known as Hubble's Constant, thanks to gravitational wave data.

The astroboffins, based at Princeton in the US, estimate the constant to be anywhere from 65.3 to 75.6 kilometers per second per megaparsec, according to a paper published in Nature Astronomy this week. The universe was observed to expand at a rate of up to 75.6 kilometers per second over an observed megaparsec, which itself spans 3.2 million light years.

The rate of expansion has been a subject of intense debate in science as the two leading methods used to calculate the so-called constant don't seem to agree. One known as the cosmological model analyzes the cosmic microwave background (CMB) over large distances, while the cosmic-distance ladder method studies local supernovae explosions to estimate Hubble's Constant.

“Either one of them is incorrect, or the models of the Physics which are underpinning them are wrong. We'd like to know what is really happening in the universe, so we need a third, independent check, "Kenta Hotokezaka, first author of the paper and a postdoctoral fellow at Princeton's department of astrophysical sciences, said.

The Princeton team decided to look at a different source to measure Hubble's constant: the gravitational waves emitted by a pair of neutron stars merging together. the event – codenamed GW170817 – that was detected two years ago provide the researchers with a distinctive pattern that encodes information detailing how massive the stars were and their distance from Earth when they smashed into one another.

Since gravitational waves ripple through space at the speed of light, the scientists can estimate how much the waves have been redshifted or stretched over distances to work out of the rate of expansion. asurement of about 70.3 kilometers per second per megaparsec, which is faster than estimates calculated from the CMB but slower than the other figures derived by looking at stars.

“The resolution of the radio images we made was so high if it was an optical camera, it could see individual hairs on someone's head three miles away, ”said Adam Deller, co-author of the paper and an associate physics professor at the Swinburne University of Technology in Australia.

Unfortunately, the number doesn ' t quite solve the mystery of how fast the universe is really expanding. Hotokezaka said the precision of Hubble's constant calculated from gravitational waves was "quite good" at best. The team reckon they will need to study at least another 15 neutron merger events like GW170817 to narrow down the Hubble Constant further.

"This is the first time that astronomers have been able to measure the Hubble constantly using a joint analysis of a gravitational wave signals and radio images, "said Hotokezaka. "It is remarkable that only a single merger event can take us to the Hubble constant with a high precision – and this approach relies neither on the cosmological model nor the cosmic-distance ladder." ®

Victoria investigated the replacement of police, and security surveillance returned travelers with robots

Should maple syrup be cooled?