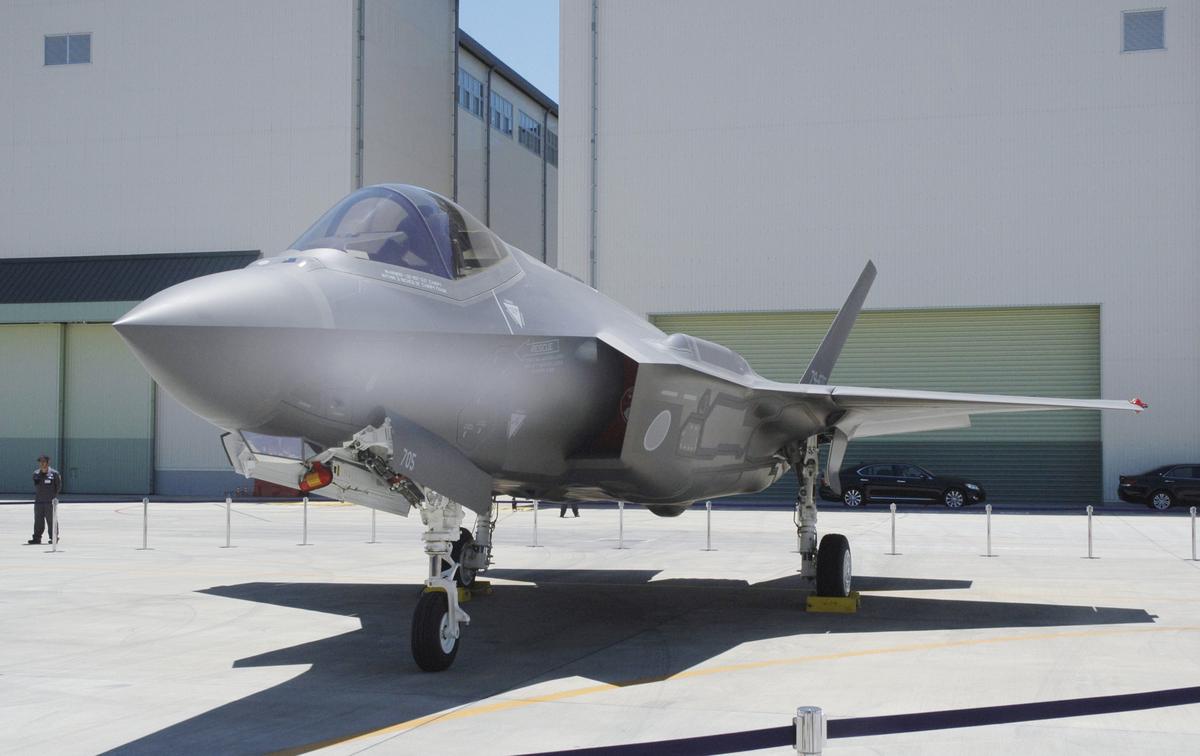 TOKYO (Reuters) – Two days after one of Japan's F-35 stealth fighters plunged into the Pacific and now closer to finding out why it happened, investigators face a daunting task to recover what remains of the highly classified jet from the ocean depths.

A Japan Air Self Defense Force's F-35A stealth fighter jet, which is the same plane that crashed during an exercise on April 9, 2019, is seen at the Mitsubishi Heavy Industries Komaki Minami factory in Toyoyama, Aichi Prefecture , Japan, in this photo taken by Kyodo June 2017. Mandatory credit Kyodo / via REUTERS

Air Self Defense Force (ASDF) investigators have found small sections of the F-35's wing floating in the sea which suggests the advanced aircraft hit the water, but not why it disappeared from radar screens without warning.

"We have not recovered anything that would point to a cause," an air force official duty Reuters as the search continues for the missing pilot.

The remaining wreckage of the $ 126 million fighter lies at a depth of around 1,500 meters (4922 ft), including the flight data recorder which would shed light on what happened on the coast of northern Japan on Wednesday evening.

Twenty-eight minutes after taking off with three other F-35s from Misawa air base in Aomori prefecture on a night training flight, the jet vanished from military radar at about 7:27 pm (1027 GMT), the ASDF said.

The normally stealthy Lockheed Martin jet is fitted with a transponder that holds its position and can be configured to light up on radar scopes during training flights, the air force official said.

Radar operators tracking the jet received a training abort message from the lost aircraft before it disappeared about 135 km (84 miles) east of the base. There was no communication from the pilot indicating a problem with the aircraft.

The plane was not on a low-level practice run, suggesting the veteran pilot with 3,200 hours of flying time but only 60 hours in the F-35, should have had time to react to an emergency, the air force official said .

The military may have its marine salvage, with submersible craft able to recover from deep water. The candidates include Japan's two biggest marine salvage firms.

Fukuda Salvage and Marine Works got its start in the century ago recovering damaged warships during the Russo-Japanese war, while Nippon Salvage shares its corporate roots with Mitsubishi Heavy Industries, the company that assembled the lost F-35.

"The time needed to complete salvage operations depends on a lot of factors and … it's impossible to say how long it would take to recover the F-35," said Fukuda Salvage official said, adding it would take more than a few days.

The condition of the single-engine fighter, part of 12 plane squadron that just became operational, will probably be the biggest factor in planning a salvage operation, and engineer at Nippon Salvage customs Reuters.

“Intact it could be pulled up by a crane, but if it's broken up then submersibles would have to collect the fragments,” he said. "The question is whether you want to collect all the pieces."