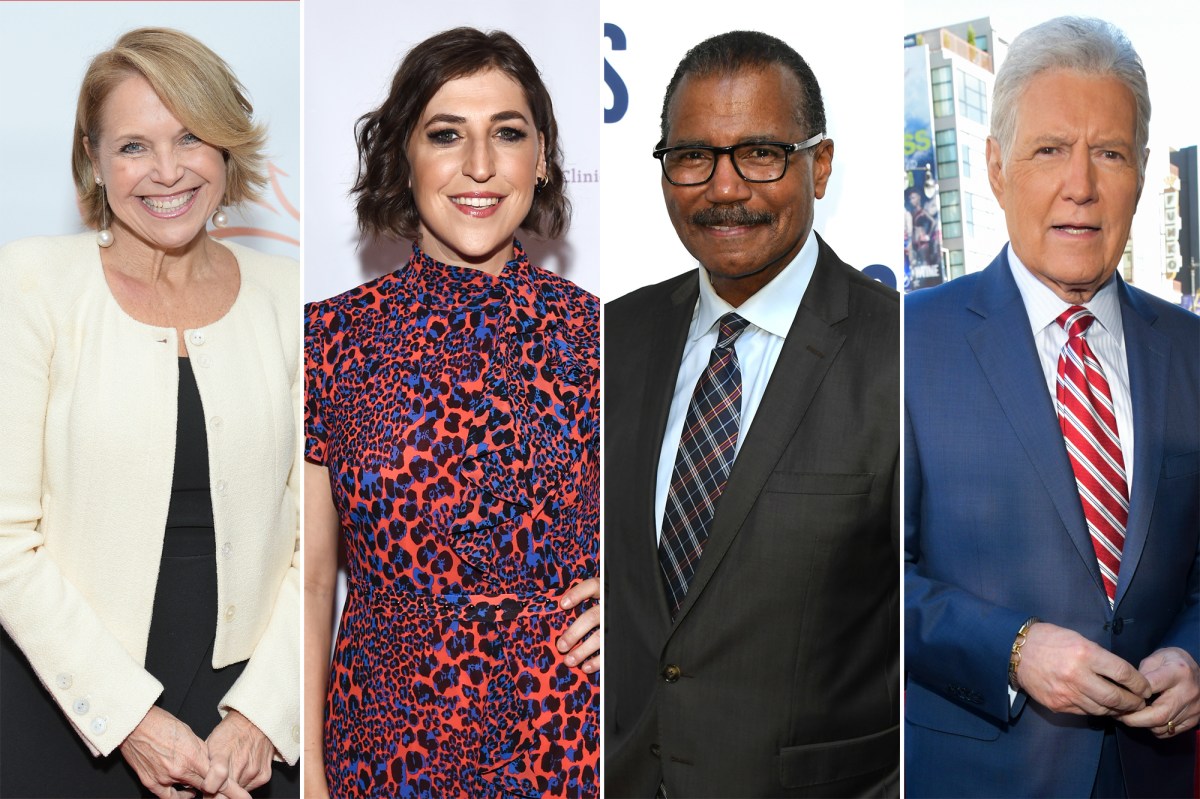 The lineup of new “Jeopardy!” hosts are so long that it could use a separate category now.

The producers of the long-running game show announced on Wednesday that Katie Couric, Aaron Rodgers, Bill Whitaker and Mayim Bialik will serve as guest hosts this season in place of Alex Trebek, who died in November at the age of 80 of pancreatic cancer.

Couric, 64, will be the first woman to ever adorn the podium as host, the trivia show noted. Rodgers, 37, announced his guest host concert Tuesday, calling Trebek one of his “idols.”

“Alex was a legend, honored by all of us,” said producer Mike Richards. “I would like to thank our guest hosts who will not only help us all celebrate his great legacy, but also bring their own touch to the show.”

Ken Jennings, who holds the record for the longest “Jeopardy!” winning streak, served as the first host since Trebek’s death. Trebek’s last episode was filmed ten days before he died and aired on Friday 8th. January.

Richards himself will also host two weeks of shows when the episodes Jennings filmed run dry so that the guest hosts can “prepare for their performances.

In addition to screen time on the game show, guest hosts will also help raise money for their favorite charities.

“As part of each guest’s performance, a charity of their choice will be donated,” a press release said. “The amount donated corresponds to the cumulative gain for the contestants competing in the weeks they serve as guest host.”

There will also be additional guest hosts announced later in the season, according to a press release.

No permanent replacement has been formally announced for Trebek, who has hosted the show for more than 8,200 episodes since 1984. However, Jennings has become rumored to be a frontrunner among several other candidates, including George Stephanopoulos. Jennings, 46, even went so far as to apologize for past “insensitive” tweets, which many believe was a strategy to clear his name. Trebek himself allegedly made several behind-the-scenes suggestions, though he was largely reluctant to name a potential successor.

“I was talking to him on the phone actually the weekend he passed by and he was – he was fragile, but he was still very much Alex,” Jennings said in “Good Morning America.” “I remember he was just very confident in me being a guest host if he ever needed it.”

Trebek also reminded him that “the host is not the star of ‘Jeopardy!'”