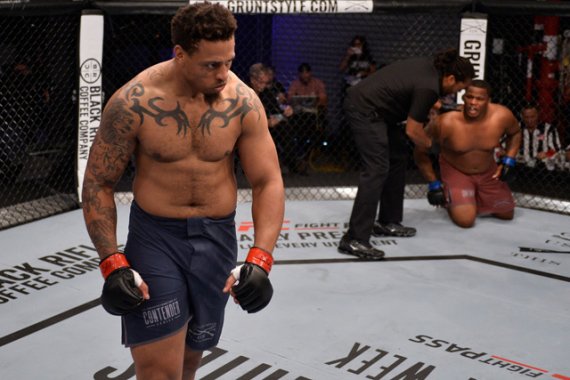 You can sign up for a free seven day trial with ESPN + on the right
here and you can then stream UFC
on ESPN + 1 live on your computer, phone, tablet or streaming
device via ESPN app.

Ultimate Fighting Championship President Dana
White does not shine away from defending the decision to order
Greg
Hardy and Rachael
Ostovich on the same card this weekend.

While the UFC on ESPN + 1 is being overwritten by a super match between the UFC
flyweight title holder Henry
Cejudo and bantamweight king T.J.
Dillashaw for 125 pound belt, much of pre-fight talk
has revolved around Hardy, which is an alleged intern
fighting in the same event as flyweight contender Ostovich, the
recently the victim of her alleged domestic violence
man.

ESPN reporter Ariel Helwani marked the promotion "incredible tone deaf" to put the couple together
especially on such a historical card for promotion and questioning
why hardy is right on the map to begin with given caliber
fighters he is facing so far.

White was interviewed by TMZ and hit back to critics
especially Helwani, and blasted him for his comments before he said
that the couple would undoubtedly be on the same card somewhere in
future (via MMAMania.com):

"I don't give anything what Ariel Helwani thinks. Who f-ck is
Ariel Helwani questioning everything we do? I think we did one
pretty good work for 20 years, I could give a sh-t what he thinks, or
someone else for that matter. If you are that kind of shower …
Whatever you want to call him, you can do something about it
anything. He is on the route she is on the route. They are
Eventually, the lens will light up on one card. If you are that kind of
reporter, you would have something to say about it. "

Hardy will make his UFC debut against Allen
Crowder on Saturday evening in the co-main event and head into
fight with a 3-0 professional record. The former professional
soccer player has completed all three of his opponents in under a
minute.

UFC on ESPN + 1, also known as UFC Fight Night 143, is the headline of
a flyweight title fight between Henry
Cejudo and T.J.
Dillashaw January 19, 2019 at the Barclays Center in Brooklyn,
New York.