D.C. Judge Tells Furloughed Workers They Must Stay On The Job: NPR 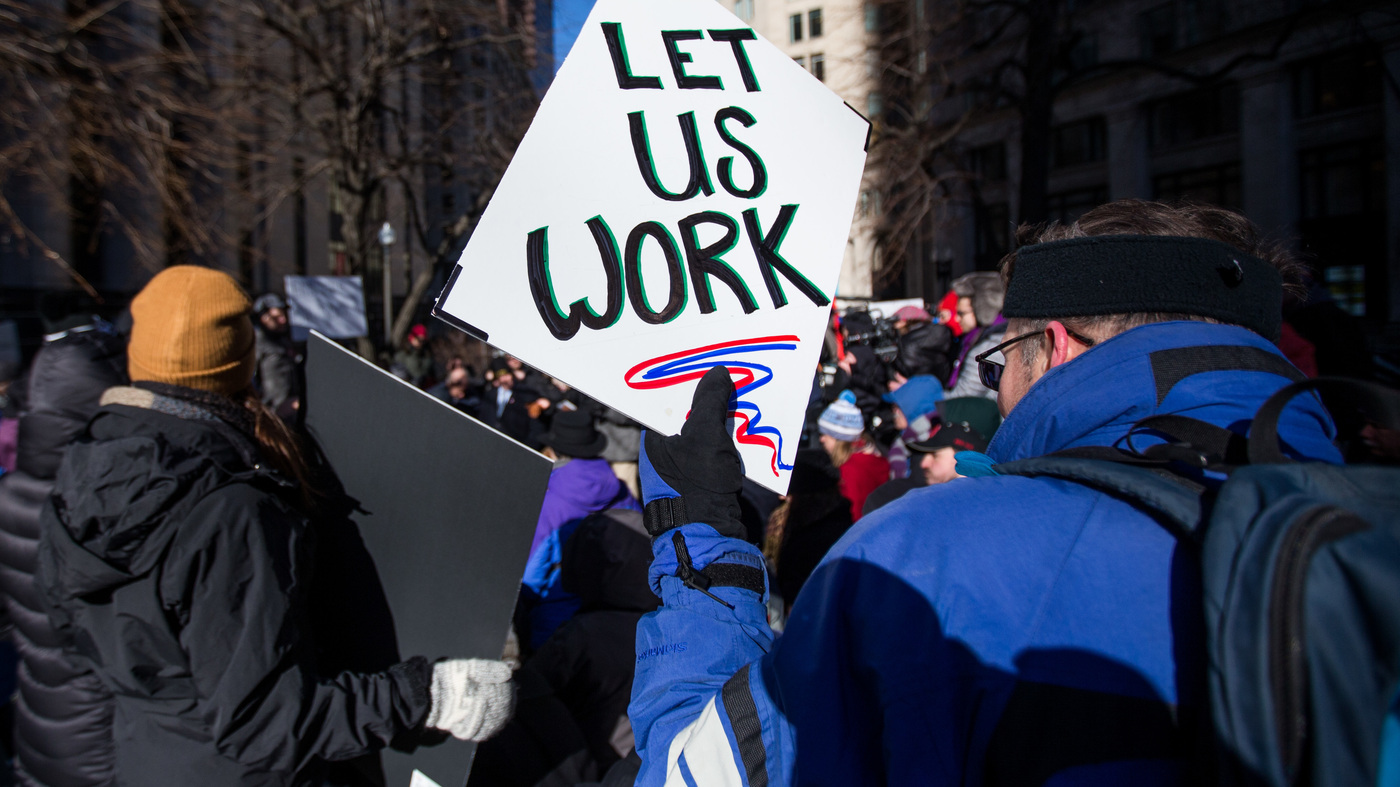 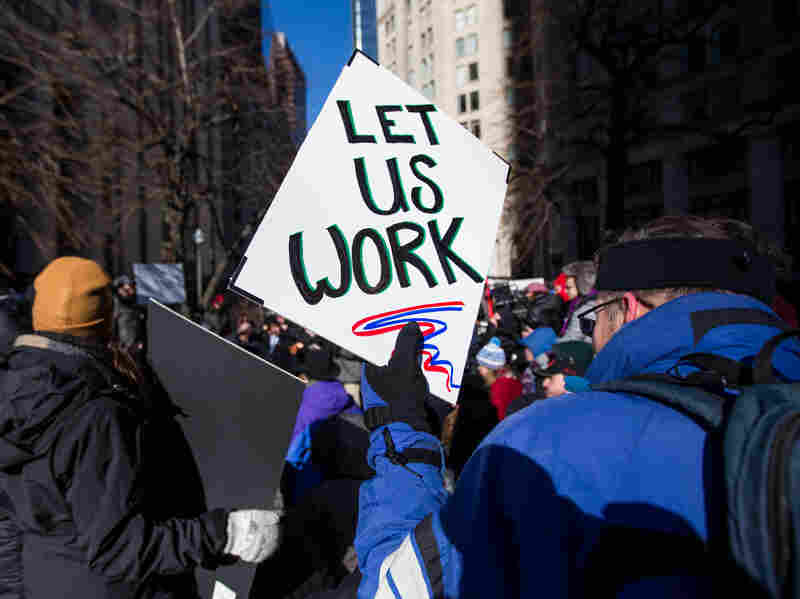 Demonstrators protest against the government shutdown in Boston on Friday.

Demonstrators protest against the government shutdown in Boston on Friday


A Washington, DC, judge ruled Tuesday that furloughed federal workers who are not paid because of a government shutdown must continue to do their jobs.

"Calling people back to work, as federal government is doing, without paying them is unlawful," attorney Gregory O'Duden tells NPR. O'Duden is general counsel for the National Treasury Employees Union that brings the suit in consolidation with a claim from the National Air Traffic Controllers Association.

"We will continue to fight what we think is an erroneous decision," 'Duden adds.

The workers had sued for a temporary restraining order that would remove the bond to work if they were not paid. O'Duden says he represents about 150,000 people but seeks relief for about 400,000 federal employees who have been deemed "excepted," meaning they are required to work without pay. In their suit, the plaintiffs claimed that the government has authorized agencies "to require employees to work in a far broader range of circumstances" than the law provides. They wanted that law ruled unconstitutional and for government offices to stop requiring that workers do their jobs without payment.

U.S. District Judge Richard J. Leon denied the workers' request for a restraining order that would require the government to pay its employees or allow them to stay home, The Washington Post reports. He reportedly said it would be "profoundly irresponsible" to issue an order that would keep thousands of workers off the job.

With his ruling, Leon maintained the status quo. However, for further information from the government and union, O'Duden says. The attorney says the judge will hear additional arguments on Jan. 31.

The Department of Justice representing the government has declined NPR's request for comment.

"[Judge Leon] indicated that they believed that federal employees would be paid. , or they may not, "O'Duden tells NPR. He says although Congress and President Trump have expressed interest in issuing back to furloughed workers, "the president, he changes his mind quite a bit, and so I don't think any assumption can be made if in the end they will get paid. "

The shutdown is the longest in US

Admiral Karl Schultz, Commandant of the U.S. Coast Guard, tweeted "To the best of my knowledge, this marks the first time in our Nation's history that service members in a U.S. Armed Force have not been paid during a lapse in appropriations." He published a letter to Coast Guard members sharing news that USAA had donated $ 15 million to the Coast Guard Mutual Assistance program.

Today you will not be receiving your scheduled scheduled paycheck. To the best of my knowledge, this marks the first time in our Nation's history that service mem- bers in a U.S. Armed Force has not been paid during a lapse in appropriations. Read more: https://t.co/5tLzGhK2nt pic.twitter.com/J2o00zWm0k

Federal workers have resorted to visiting food banks and taking second jobs to pay their rent, mortgage, childcare and other financial bonds

The Guardian 's Jamiles Lartey tells NPR's All Things Considered the shutdown is having an outsized effect on black workers. African-Americans rely on the wages and job security of government work that they historically struggled to find in the private sector, she says. Black-owned are also more likely to work with federal contracts, which will not receive back pay.

Attorney O'Duden says he hopes the next court "There was no victory today," O'Duden concedes. "I think this is part of a process. And our fight goes on."

Previous lawsuits to get back pay and damages from the government have taken years to resolve. Attorney Heidi Burakiewicz represents two people working at the Federal Bureau of Prisons who are also suing the government over this year's shutdown. She tells All Things Considered which took four years to win a lawsuit on behalf of federal workers during the 2013 shutdown.