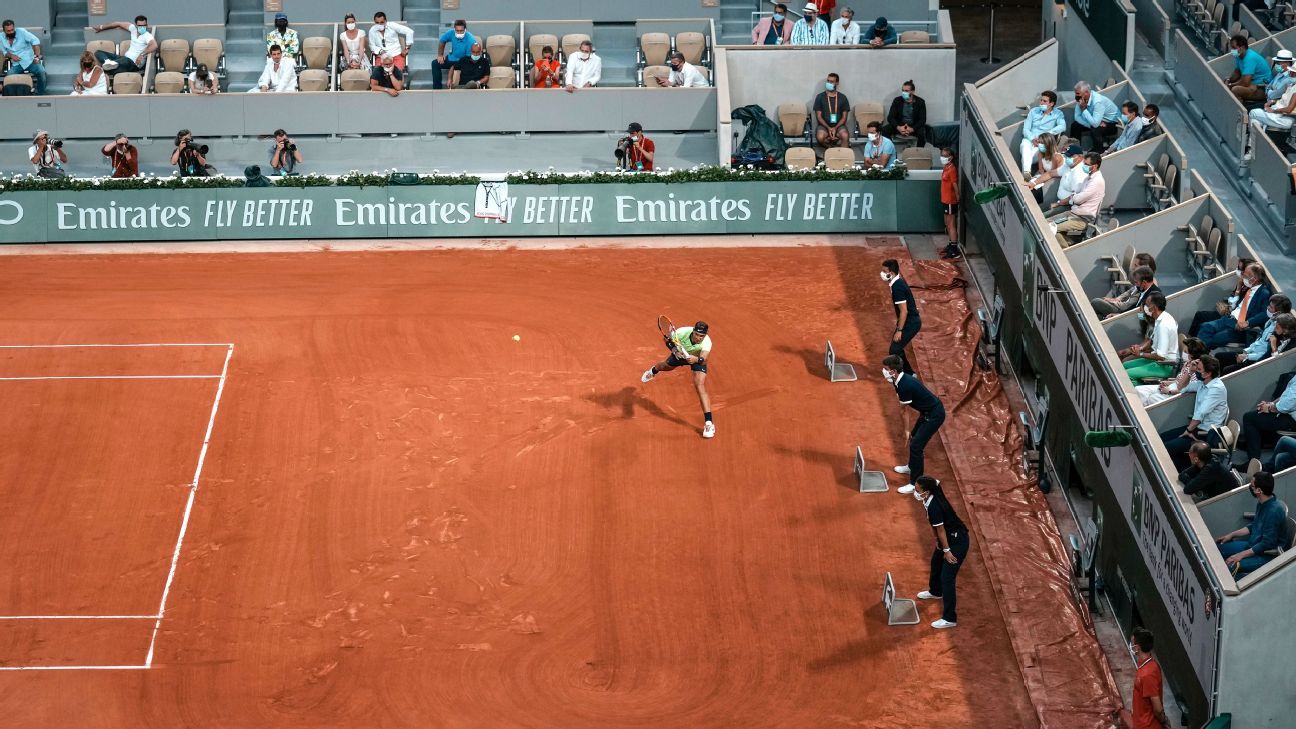 With the local curfew just minutes away, authorities announced that fans would be able to remain in the stands throughout the much-contested French Open semi-final match, eventually won by Novak Djokovic 3-6, 6-3, 7-6 (4), 6-2 over Rafael Nadal Friday night.

Djokovic had just won the third set in a tiebreak to take a 2-1 lead when the announcement was made to the audience at Court Philippe Chatrier. It was greeted with enthusiastic cheers followed by a “thank you, Macron” song with reference to French President Emmanuel Macron.

The communication stated that the decision was taken because of “the very exceptional nature of the circumstances.”

The game was stopped during Djokovic’s quarterfinal match against Matteo Berrettini on Wednesday to meet the nationwide curfew at. Many fans refused to travel and sang: “We have paid, we stay.” Both players were taken off the field as they were escorted in the crowd. The game resumes after a break lasting more than 20 minutes in front of an almost empty stadium.

It was thought a similar scenario would have taken place on Friday if Djokovic and Nadal were still on the pitch.

NBA Finals 2021 – Keys to the Milwaukee Bucks vs. Atlanta Hawks in the Eastern Conference Finals

Nationals’ Max Scherzer dissatisfied with drug control: ‘I take off all my clothes’