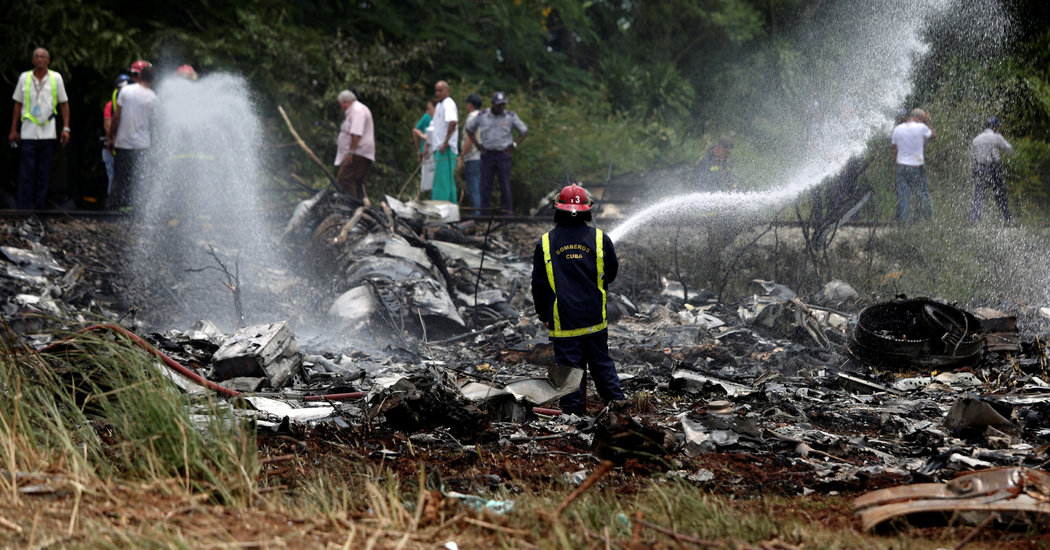 HAVANA – An investigation into the crash of a Boeing 737 jet near Havana a year ago, in which 112 people died, suggesting the likely cause was errors at crew members, who died in the crash, Cuban officials said on Thursday.

The 39-year-old plane, which was leased by a little-known Mexican company, Damojh, to Cuba's flagship carrier, Cubana, dived into the south of Havana shortly after taking off on May 18, 2018, for the east Cuban city of Holguin. The plane burst into flames and all but one of the 113 people on board died.

"The most probable cause of the accident was the actions of the crew and their errors in the calculations of weight and balance that led to loss of Control of the plane and its fall during the takeoff phase, "The Cuban Institute of Civil Aeronautics said in a statement.

Crew members, who were Mexican, were included in Damojh's lease agreement with Cubana. The flight was Cuban

Damojh has not operated since at least last Aug. 8, after Mexico's civil aviation authority suspended it for several months. By the time the agency finished its investigation into the company's operations, Damojh had ended contracts to rent and operate its two remaining plans.

The company could not be reached for comment or to verify whether it still exists. Boeing did not immediately reply to a request for comment

Damojh was banned from flying in Guyana in 2017 because of safety concerns, and Mexico's aviation authority said it had suspended the company in 2010 and 2013 during regulatory compliance reviews.

Damojh said last July that black boxes retrieved from the wreck showed the crew had a "very steep angle," leading to a lack of lift that made the plane plunge after takeoff.

The Cuban-led commission investigating the crash , including Mexican and United States agencies, said that the time was the conclusion was premature.