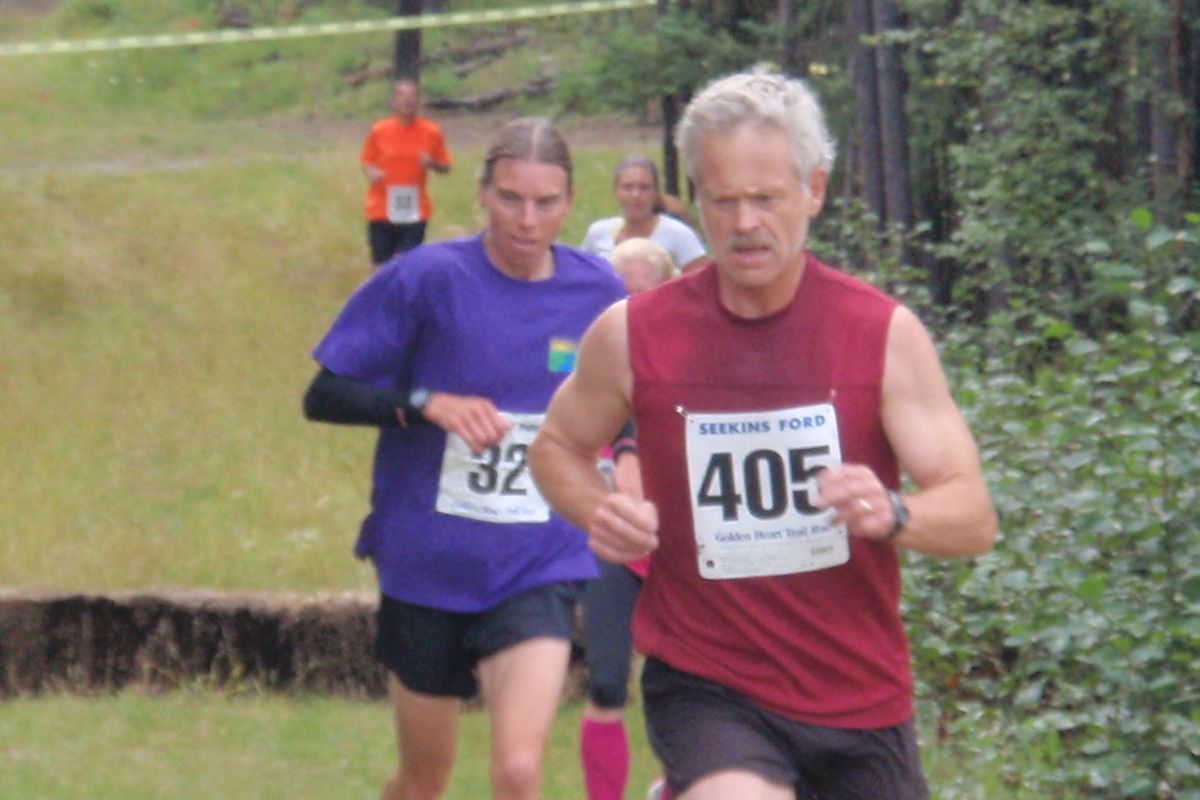 After the final steps of a long race in early March, Greg Finstad took his heart rate. His heart was at 38 beats per minute. Minute. Perfect. The reindeer biologist and marathon runner were in top form to run this year’s Boston Marathon.

From there, things did not follow the plan of Finstad, head of the reindeer research program at the University of Alaska Fairbanks. Right after reaching his peak in fitness, he was alone in his bedroom, gasping for what he thought might be his last breath.

Finstad was infected with the COVID-19 virus. It knocked him down and almost took him out.

Finstad is not a typical 65-year-old: The robust scientist has been fighting reindeer with natives on the Seward Peninsula and St. John’s. Lawrence Island for more than a quarter century. He shot for 3 hours, 30 minutes of performance this year at the Boston Marathon.

“I considered myself a tough guy – I can tough it; that virus is not harder than me, ”he said recently in a telephone interview. “It’s harder than me.”

Finstad, now home to Fairbanks who has recovered from sore joints, but the ability to ride his bike with his grandchildren, was one of the first confirmed cases of the disease in Fairbanks.

His story of the damage done to a particle, a thousandth of the width of an eyelash, began in late February 2020.

Back then, Finstad was on St. Lawrence Island and performed reindeer work. One day he received a text from his wife, Bev. His father, 91 years old and lived in Vancouver, Washington, had died.

Finstad caught a flight to Nome, then flew to Seattle, on to Portland and drove to Vancouver. He did it in time to attend his father’s memorial service.

While in the state of Washington, where he then appeared as a hot spot for the virus that causes COVID-19, Finstad helped his mother become a resident of an assisted living facility. To relieve some stress and continue with his exercise program, he mapped out a route and ran 18 miles a day.

Finstad then flew to Buffalo, New York, via Seattle and Chicago. He is a member of the board of directors of the Reindeer Owners and Breeders Association and spoke at the organization’s annual meeting there.

From Buffalo, he returned to Alaska on March 8th. He remembers extreme congestion in the corridors of the Seattle-Tacoma International Airport.

“It was spring break when I came back,” he said. At Sea-Tac, “there were rivers of people in every terminal. If anyone sneezed, this virus could have infected a dozen people. “

Back in Alaska, Finstad briefly visited his office in a nearly vacant UAF building in the spring. He felt fine, but his visit soon after led to the building becoming one of the first structures on campus closed to visitors.

Home from his trip to bury his father, moving his mother to an unknown location and holding keynote address at a conference, Finstad and his family drove down to their cabin in the Alaska Range. His three grandchildren were away from school in their own spring success. Time in the cabin with them is a family tradition.

There, in the structure of a room, Finstad began to grow tired.

“I got tenderness everywhere, and then my senses of taste and smell disappeared,” he said. “This wasn’t like the flu. My body’s reaction to this was very different. “

By chance, he had a medical thermometer in the cabin. He took his temperature and found he had a fever. He tried to stay as far away from his family as he could. They decided that he should return home.

In Fairbanks, doctors dressed in protective gear met him at the Tanana Valley Clinic. First, they gave him a flu test.

“It was the first time I ever hoped I had the flu,” he said.

The next day, a doctor from the clinic called to tell him he was testing positive for COVID-19.

“My stomach just fell,” he said.

Soon he had more than just mental nausea.

Isolated in his bedroom later that night, he could feel the virus reaching his lungs. He went from breathing normally to struggling to suck in a single breath.

“It felt like an elephant was sitting on my chest,” he said.

He also compared the feeling of having a plastic bag duct tape around his neck.

In the lowest moment of his experience, his wife Bev got up and started crying as she saw him through the glass door in the bedroom.

But the end was not. Morning came. Finstad breathed a little easier, but evenings were when “the monster got its head up.”

Eventually, after 13 days of isolation in his bedroom, details of which he barely remembers, Finstad opened more easily and felt a little better. For his biological mind, his immune system had fought like hell and hardly won.

He credits the workers at the Alaska Department of Health and Social Services for calling him right away, interrogating him about who he had been with, where he had been and checking in with him several times each day. They gave him advice and told him several times that they knew no answer to some of his questions, which he also appreciated.

Now he is gradually recovering. He is trying to run again, perhaps to reach the line in the postponed Boston Marathon in September or, more likely, his favorite Equinox Marathon that month in Fairbanks. But he knows he’s not the same as he was in early February.

“I don’t know if my lung capacity will ever return,” he said. “But you know what? I do not care. I appreciate every breath I take now. Life is good.”

Along with his new-found appreciation of living (which to this observer always seemed high), he wants to be a living cautionary tale about the danger of the virus that causes COVID-19.

“We’ve thrown all the world’s resources at this, and it’s still killing people left and right. That’s what impresses me and scares me.

“After recovering from this, there is a certain amount of immunity,” he said of himself. “I still wear a mask and my hands are raw (from washing them).

“I want to tell people who take off their mask (in tight spaces): You know, I’ll bet I was tougher than you, and it was just about me.”

[Pågrundafetstortantalkommentarerderkrævermodereringdeaktiverervimidlertidigtkommentarertilmangeafvoresartiklersåredaktørerkanfokuserepåcoronavirus-krisenogandendækningViinvitererdigtilatskrive[BecauseofahighvolumeofcommentsrequiringmoderationwearetemporarilydisablingcommentsonmanyofourarticlessoeditorscanfocusonthecoronaviruscrisisandothercoverageWeinviteyoutowrite[Pågrundafetstortantalkommentarerderkrævermodereringdeaktiverervimidlertidigtkommentarertilmangeafvoresartiklersåredaktørerkanfokuserepåcoronavirus-krisenogandendækningViinvitererdigtilatskrive[BecauseofahighvolumeofcommentsrequiringmoderationwearetemporarilydisablingcommentsonmanyofourarticlessoeditorscanfocusonthecoronaviruscrisisandothercoverageWeinviteyoutowritea letter to the editor or reach out directly if you would like to communicate with us about a particular article. Thanks.]