Corsair Releases Their Blazing Fast MP600 Based On PCIe 4.0 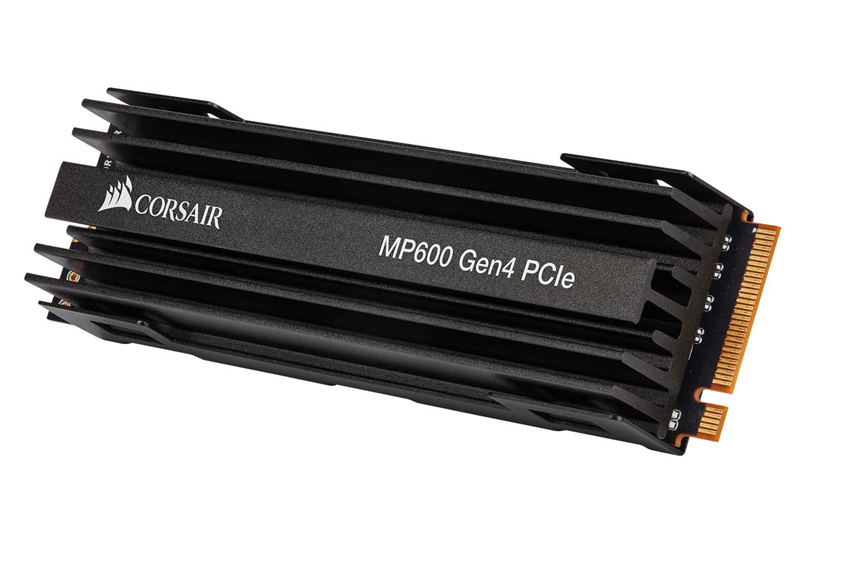 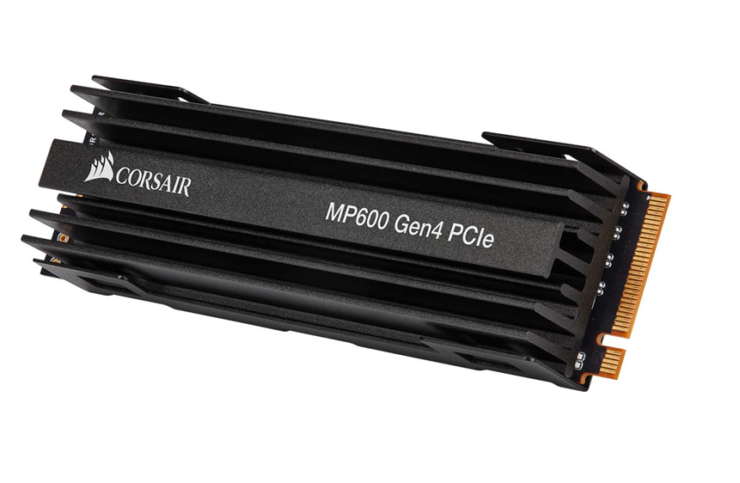 Corsair, a leader in the PC gaming peripherals market and also a leader in power supplies and RAM, has just announced their newest SSD based on the newest PCIe compatible with the X570 platform. It is the MP600 and it reaches extremely fast speeds with a sequential read speed of 4950MB / s which is only 50MB slower than Gigabytes, so that difference is negligible. Corsair is also releasing products such as AIOs, enthusiast cases, performance RAM, and high-quality power supplies. Currently, the above mentioned will be unveiled at Corsair's booth.

The massive performance gain from the increased bandwidth that PCIe 4.0 brings. This SSD is currently exclusive to AMD X570 platform owners as Intel is a little behind and only offering PCIe 3.0. All you have to do is drop it into a PCIe 4.0 x4 M.2 slot on your motherboard. The MP600's NVMe interface and high-density 3D TLC NAND combine with a Phison PS5016-E16 controller to enable a new level of single-drive SSD performance. The numbers behind this are pretty crazy with a sequential write speed of 4,250MB / s and a read speed of 4950MB / s. Gigabyte's Latest BIOS For Existing X470 and B450 Motherboards Enables PCIe 4.0 Support When Running AMD's Ryzen 3000 CPUs [19659005] These quotes represent Corsair's innovation very well:

"AMD is making huge strides in bringing new, high-performance features to the PC enthusiast market, and we're delighted to be able to partner with them in doing so," said Andy Paul, Founder, and CEO of CORSAIR. “With the MP600, the AMD X570 motherboard owners will be able to experience the benefits of PCI 4.0 immediately, with the fastest CORSAIR SSD yet at the center of their system.” “CORSAIR has long been a key AMD partner, supporting AMD Processors and boards with its wide range of performance DDR memory and PC components, ”said Chris Kilburn, corporate vice president, and general manager, Client Channel, AMD. "The MP600 is the ideal continuation of partnership, bringing amazing high-performance storage platforms built on our revolutionary new PCIe 4.0 ready AMD X570 chipset." The CORSAIR Force Series MP600 NVMe PCIe Gen4 x4 M.2 SSD be available alongside the full launch of AMD X570 chipset motherboards and new 3rd Generation AMD Ryzen Desktop Processors in July 2019. The MP600 will be available from the CORSAIR worldwide network of authorized retailers and distributors.