Coronavirus reinfections: Can you be infected with Covid-19 twice? It is complicated 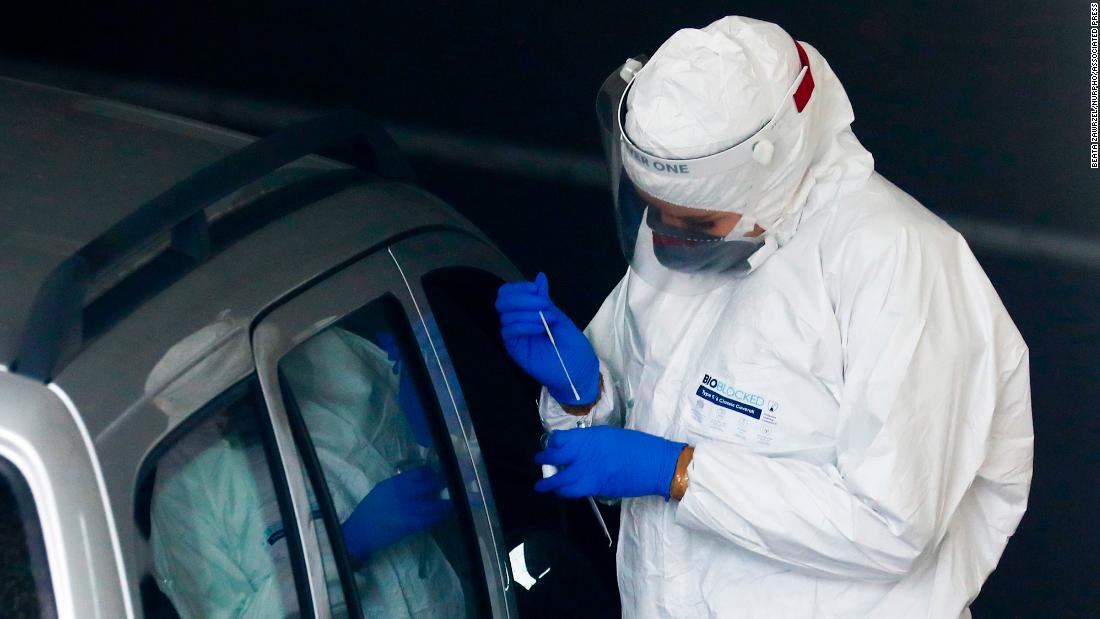 Dr. Anthony Fauci, director of the National Institute of Allergy and Infectious Diseases, said this week that health officials are beginning to see “a number of cases” reported as reinfections.

“Well-documented cases,” he said, “of people who became infected, after a relatively short period of time anywhere from weeks to several months, come back, get exposed, and become infected again.”

“So you really have to be careful that you̵

7;re not completely ‘immune,'” Fauci said.
In August, doctors reported that a 25-year-old Nevada man appeared to be the first documented case of Covid-19 reinfection in the United States. The man was first diagnosed with Covid-19 in April, and after getting better – and testing negative twice – he tested positive for the virus a little more than a month later.
A separate team of researchers reported in August that a 33-year-old man living in Hong Kong had Covid-19 twice this year: in March and August.
And earlier this year, an 89-year-old Dutch woman – who also had a rare white blood cell cancer – died after capturing Covid-19 twice, experts said. She became the first and only known person to die after being infected again.

Although it is possible to be re-infected with the virus, there are still questions that researchers are working to answer, including who is more likely to be reinfected and how long antibodies protect humans from another infection.

Researchers from the University of Arizona found antibodies that protect against infection can last for at least five to seven months after a Covid-19 infection.

With the pandemic under a year old, it will probably take time before scientists can get a clear picture of immunity.

“That said, we know that people who became infected with the first SARS coronavirus, which is the most similar virus to SARS-CoV-2, still see immunity 17 years after infection. If SARS-CoV-2 is something as the first one, we expect antibodies to last at least two years, and that would be unlikely for anything much shorter, ”Deepta Bhattacharya, an immunobiologist at the University of Arizona College of Medicine, told CNN earlier.

Other studies, one out of Massachusetts and the other out of Canada, supported the idea of ​​long-term immunity.

It suggests “that if a vaccine is properly designed, it has the potential to induce a lasting antibody response that can help protect the vaccinated person from the virus that causes COVID-19,” Jennifer Gommerman, professor of immunology at the University of Toronto, said in a statement.

“The implications of reinfections could be relevant to vaccine development and use,” according to the authors of a recent study in The Lancet.

The severity of the disease can affect antibodies

There is something else researchers are beginning to notice: People who have a tougher battle with the disease tend to have a stronger immune response.

“There is a difference between people who are asymptomatic who had a very mild infection. There seems to be a slightly larger number of them who do not have detectable antibodies,” says Swaminathan, with WHO. “But almost everyone who has moderate to severe illness has antibodies.”

Bhattacharya of Arizona reiterated this finding.

“The people who were discharged from the ICU had higher levels of antibodies than people who had a milder disease,” he said, adding that he did not yet know what that would mean for long-term immunity.

Aerosol transmission of Covid-19: A room, a bar and a classroom: how coronavirus spreads through the air | Community

COVID-19 deaths could be higher than Florida data shows, the CDC says