Coronavirus in Oregon: New COVID-19 cases get 1,500 back as infections set another state record 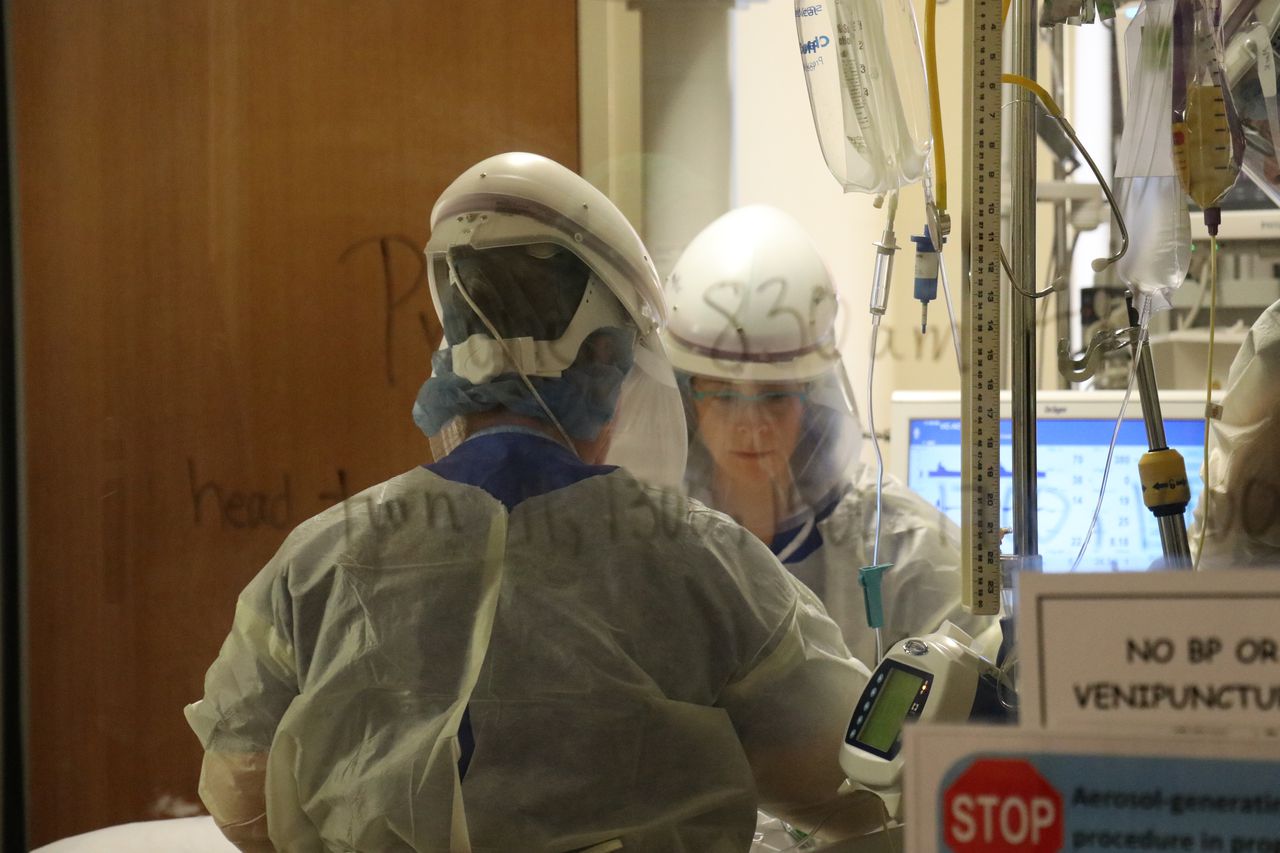 Oregon reported 1,517 new COVID-19 infections Sunday, a daily record, and the second straight day that state sentiment has peaked at 1,500.

“Oregon is on a steep and strong slope of increasing cases of coronavirus,” Oregon Health Authority Director Patrick Allen said in a written statement. “But we are not powerless against this virus. Because it depends on us to slow down the spread. Your choices make a difference. ”

Coronavirus cases are soaring in Oregon and across the country. The state now has an average of nearly 1

,200 new cases a day over the past week, roughly tripling Oregon’s weekly average just a month ago.

Sunday marked the fourth day in a row that Oregon set a new case record.

Gov. Kate Brown asked Oregons to do more to slow the disease slowly. “Together we can turn this around,” Brown wrote on Twitter.

Oregonian / OregonLive began asking the Oregon Health Authority on November 9 to release hospitalization data over the weekend. So far, the agency has not agreed to do so, although a spokesman said it is under consideration.

Oregon reported only one new COVID-19 death Sunday, a 65-year-old man who marked the state’s 820th cause of the disease. The state said it did not yet have information on where he died or whether he had underlying health conditions.

Brown implemented a state “wide” Wednesday in an attempt to stem the disease. She limited social gatherings to no more than six people and closed gyms and eateries at bars and restaurants.

Oregon health authorities are urging people not to travel this holiday week and refrain from large Thanksgiving gatherings. They attribute the increase in cases to ruthless social gatherings where people gather indoors with people outside their families and without masks to prevent them from spreading possible infections.

“The safest, wisest, and most caring way to protect the people you love is to keep your Thanksgiving dinner small and limited to no more than one other household besides your own,” Allen said Sunday. “Keep the holiday a time to remember, not a time to regret.”

Oregon’s freezing lasts for at least two weeks except in Multnomah County, where the outbreak is particularly severe. Oregon’s largest county will be under a freeze order for at least four weeks.

On Sunday, Multnomah County accounted for more than a third of the reported cases of coronavirus. It makes up less than 20% of the state’s population.

New deaths: The 820th death is a 65-year-old man in Multnomah County who tested positive on November 15, the same day he died. Authorities said they had not determined where he died or whether he had underlying health conditions.

Since it began: Oregon has reported 65,170 confirmed or suspected infections and 820 deaths, still among the lowest totals in the country. To date, 944,444 Oregons have been tested.

Masks are essential to stop the spread of coronavirus, even at home, the CDC says