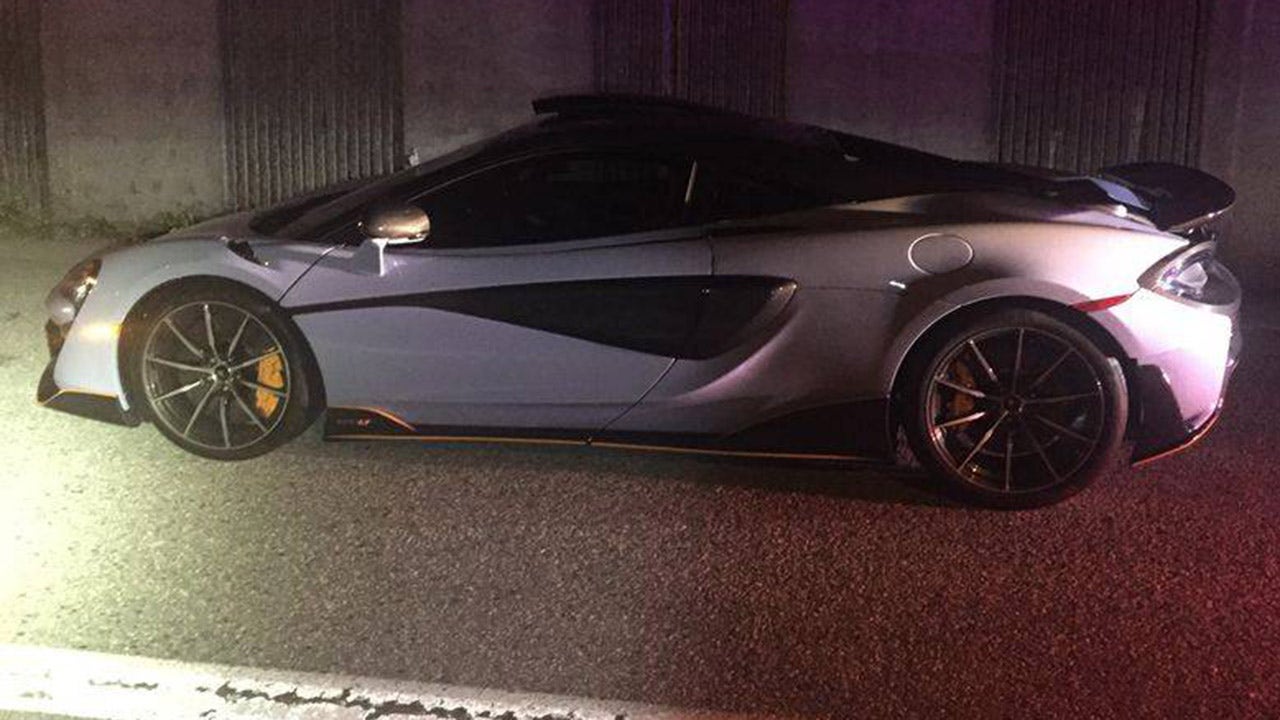 0 minutes after picking it up from the dealership and had the car impounded, Global News Canada reported. Police say he was clocked doing 161 kph in a 90 kph zone on the Trans-Canada Highway. Those speeds convert roughly to 100 mph and 56 mph.

However, the impounded car is an even more hardcore version built by the McLaren Special Operations division that features additional carbon fiber parts to reduce weight, unique aerodynamic features and a signature roof-mounted air intake.