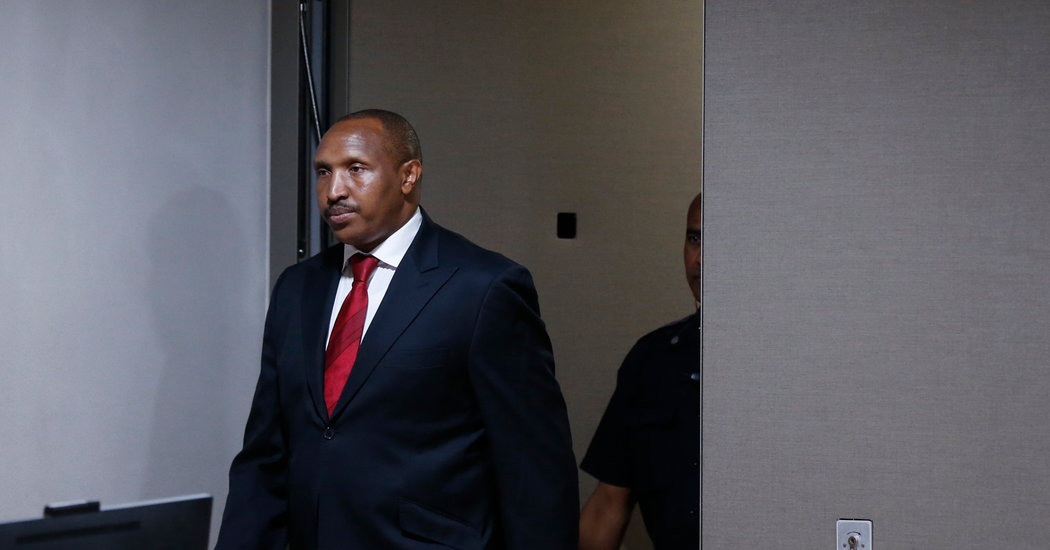 Last year, appellate judges ruled in court a conviction of war crimes for Jean-Pierre Bemba, a former Vice President of the Democratic Republic of Congo. And this year, a former president of Ivory Coast, Laurent Gbagbo and one of his helpers was acquitted of crimes against humanity.

Burundi and the Philippines, horrified by Ms. Bensouda's investigations of their leaders have interrupted the court. And the United States, which is not a member of the court, revoked Ms. Bensouda's visa a few months ago over his efforts to investigate allegations of war crimes committed in Afghanistan – including anyone who may have been committed by US forces.

"The last few months, and even last year, have been filled with disappointments and setbacks for the ICC," said Amal Nassar, the Hague representative of the International Federation of Human Rights, a Parisian rooting group.

Still, Mrs Nassar expressed the hope that the guilty verdict in Mr Ntaganda's case, if it were to appeal, "somehow restores hope and confidence in the court."

Known for his pencil mustache and luxury lifestyle, Mr. Ntaganda, the head of military operations for the Union of Congolese Patriots, a rebel group and its armed faction, the patriotic forces for the Congo liberation, in a conflict over land control, trade routes and gold mines. Civilians were trapped in the middle.

Mr. Ntaganda was first accused in 2006, but only litigated later after becoming the US Embassy in Kigali, the Rwandan capital, in March 2013. Experts suspect he surrendered because he feared for his life: There was a split In the latest rebel group he had formed M23, and it turned out that he had lost the support of his Rwandan backers.

During the trial, Mr Ntaganda told the court that he was not a "criminal" but "educated" officer, who always protected civilians.