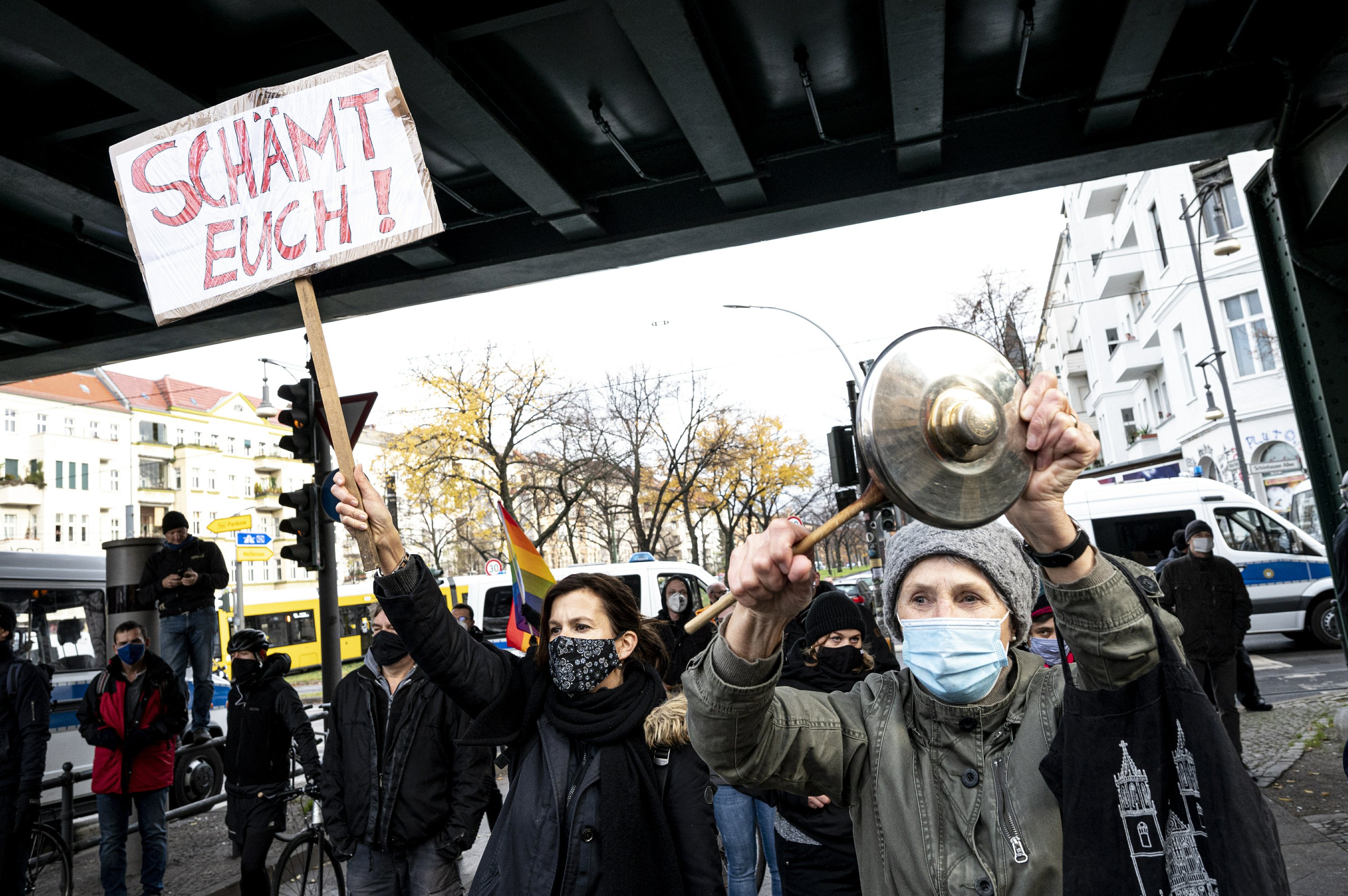 BERLIN (AP) – A video went viral Sunday in Germany of a confrontation at a coronavirus protest in which a young woman compared herself to a famous Nazi resistance fighter and was then accused by a security guard of “trivalizing” the Holocaust.

Several people protesting against coronavirus restrictions in Germany trying to curb new infections have tried to portray themselves as victims of government persecution. Some have even put on Stars of David, symbols that the Nazis forced Jews to wear during the Third Reich before killing them.

The woman spoke on stage Saturday night in the northern city of Hanover and told her colleagues to protesters: “I feel like Sophie Scholl as I have been active in the resistance, giving speeches, going to protests, distributing flyers.”

Scholl fought with the Nazis with his brother and other members of the resistance group White Rose. After distributing flyers at a university in Munich, she was convicted of high treason and executed at the age of 22 by the Nazis in 1943.

While the female protester was speaking, a young security guard approached the scene and repeatedly said, “I do not want to be a security guard for this kind of idiocy.” The woman looked at him in disbelief as he called her speech “a trivialization of the Holocaust.” He was led away by security and she threw the microphone down in anger.

German Foreign Minister Heiko Maas tweeted on Sunday that the comparison with Scholl “mocks the courage needed to take a stand on the Nazis.”

“Nothing connects the corona protests with the resistance fighters. Nothing! “Wrote Maas.

The Nazis orchestrated the genocide of six million European Jews during the Third Reich. They also killed tens of thousands of other people who were against their regime, such as Communists, Social Democrats, members of the church or resistance fighters.

Meanwhile, German officials have generally been praised for their handling of the pandemic. The nation of the European Union has reported over 14,000 coronavirus-related deaths, only a quarter of the UK.