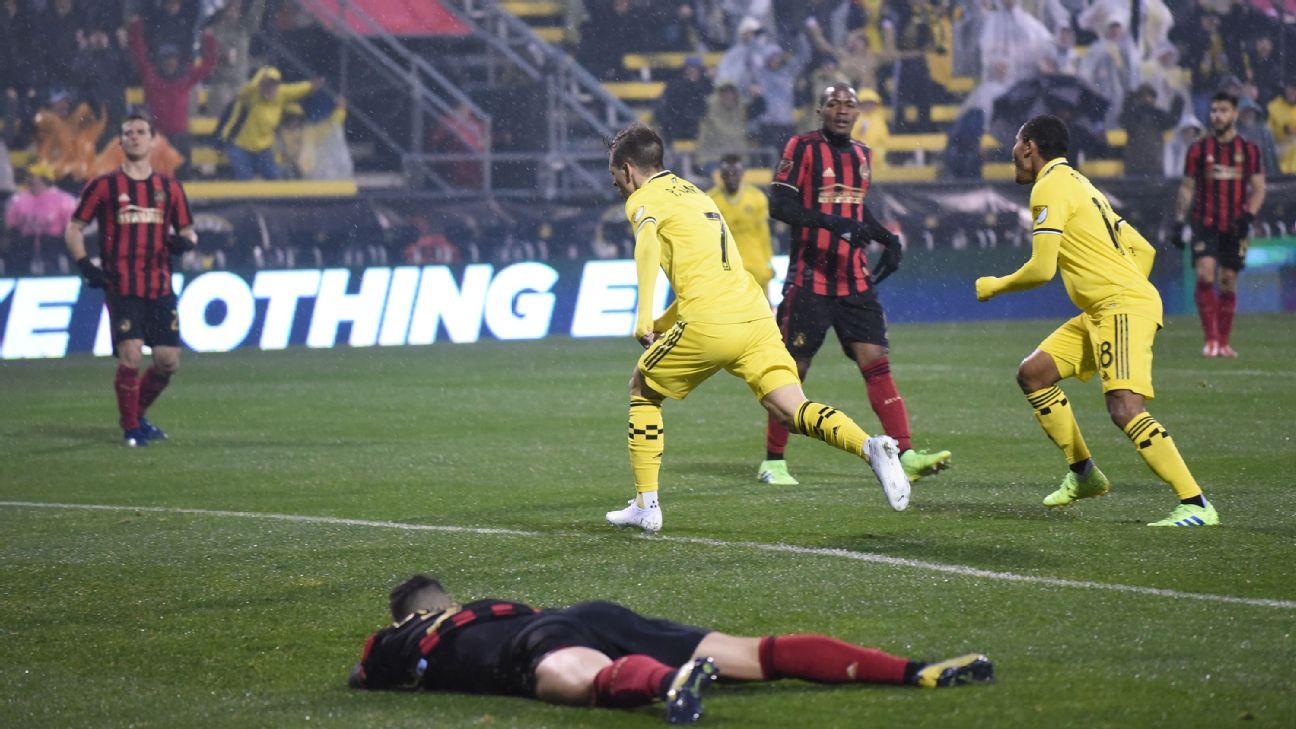 The match had a 55-minute weather delay at the 30-minute of the first half. The game was played in a downpour and the ball often came to a stop as the players splashed through the puddles. The temperature was in the low 40s at the end.

Wil Trapp passed to Artur down the right flank. He sent a cross to the middle of the box intended for Zardes but the ball deflected off Atlanta's Miles Robinson defender and skipped on the wet surface to Santos for his second MLS goal in 44 career matches.

The save was key because in the 39th minute Zardes extended the lead to 2-0 with his third goal in three games. He took a service from Robinho at the penalty spot. Even though he was surrounded by three Atlanta players quickly got off a left-footed shot.