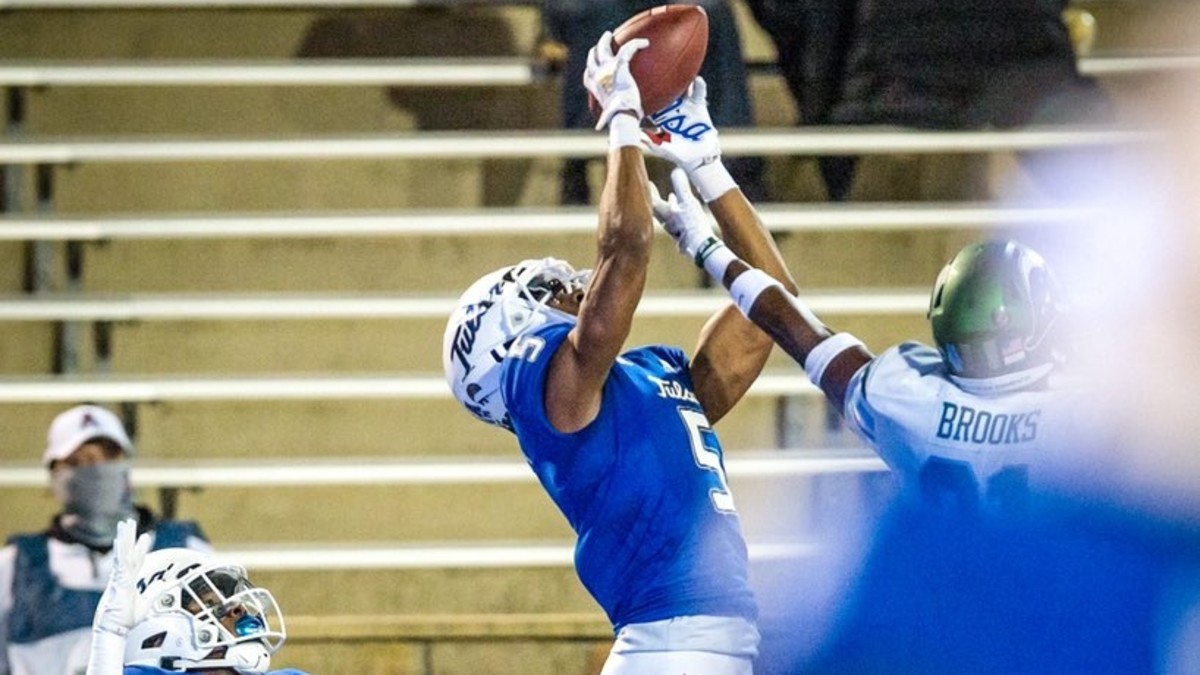 Other conferences may have more catchy late night marks – think # Pac12AfterDark or # MACtion – but Tulsa may have just given us the wildest end to the season in an AAC clash with Tulane on Thursday night.

In its first game as a ranked team since 2010, Tulsa’s bid to remain in the top 25 faced a serious test when the Golden Hurricane was forced to turn to its third-string quarterback. After seven with less than a minute left, it seemed that Tulsa’s stay among the game’s top level would be short-lived.

Davis Brin and JuanCarlos Santana had other ideas.

Brin, who was forced into action when Tulsa̵

7;s first two quarterbacks were knocked out with injuries, found Santana on a 37-yard Hail Mary touchdown as time ran out to tie the game, 21-21, and send it into overtime.

Tulsa got the first possession in overtime, and the two sides traded field goals. As if the game hadn’t already had enough madness, Tulsa defensive back Zaven Collins tapped Tulane quarterback Michael Pratt and returned it 96 yards to the final score.

Not bad for a game that was fruitless at the break.

Brin finished the game going 18-for-28 in 266 yards and two touchdowns, adding another score on the ground. Santana was his favorite goal of the night as the junior took eight catches in 138 yards and that game tie. For the season, Collins now has four interceptions – tied mostly in FBS – with two left for scores.

The victory was Tulsa’s fifth stretch, and the Golden Hurricane now has four wins with eight points or less. The remaining two games on the schedule will be challenging: Tulsa travels on its way to Houston on Nov. 28 before ending its regular season at home against No. 7 Cincinnati.

Few would bet that Tulsa runs the table, but the fact that the team has itself in the conversation as the country’s top group of five teams is an achievement in itself.

The Jets should already be firing Adam Gase