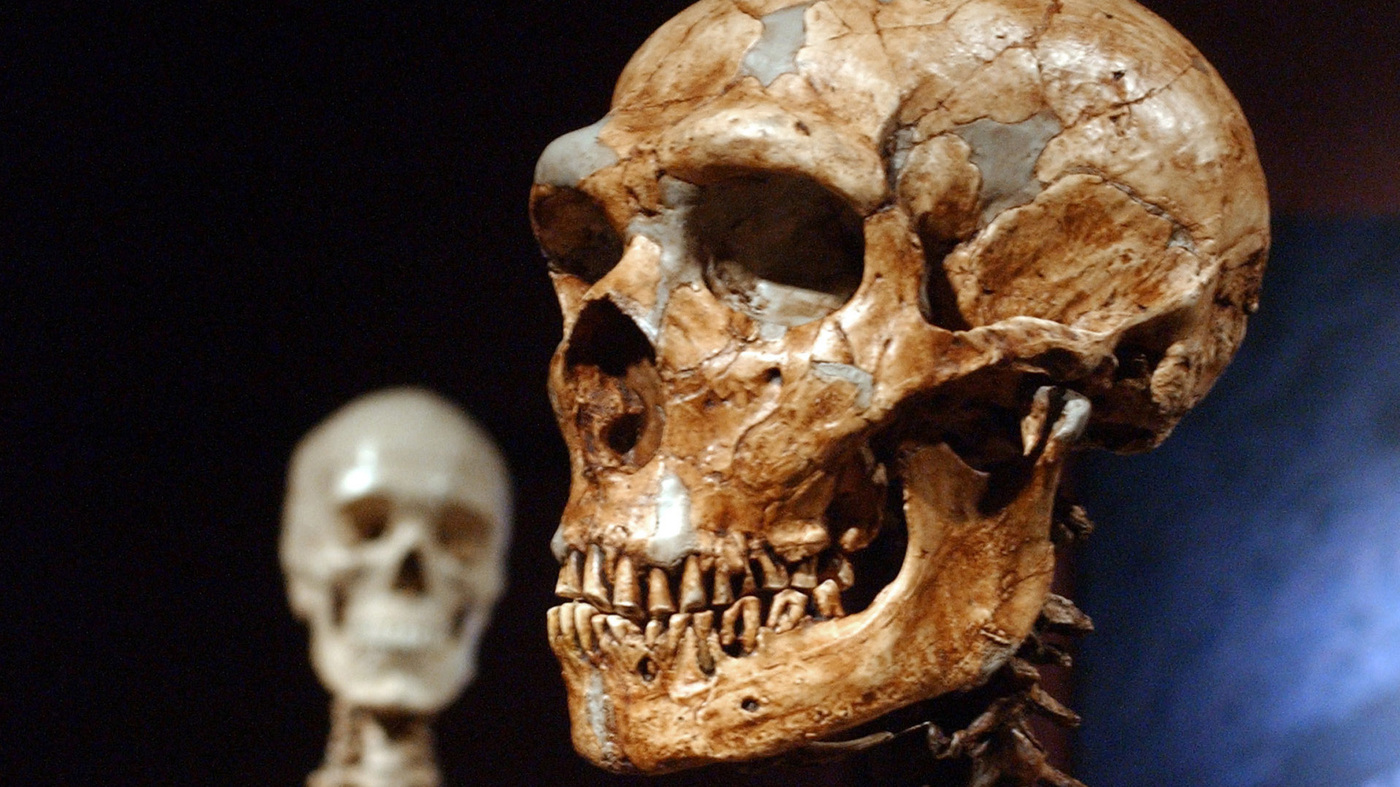 A reconstructed Neanderthal skeleton, right and a modern human version of a skeleton, on the left, on display at the Museum of Natural History in New York in 2003. A new study confirms that early humans living in colder places were adapted to have larger bodies.

A reconstructed Neanderthal skeleton, right and a modern human version of a skeleton, on the left, on display at the Museum of Natural History in New York in 2003. A new study confirms that early humans living in colder places were adapted to have larger bodies.

This is the core of a basic rule in ecology that has existed since the mid-19th century: animals that live in colder places tend to have larger bodies, especially birds and mammals that need to regulate. their body temperature. For example, some of the largest whale and bear species have evolved in the coldest stretches on the planet.

In general, our old relatives became much larger as they evolved. “Over the last million years, you see body size change by about 50 percent, and brain size actually triples, which is a lot,” explains Andrea Manica, an evolutionary ecologist at the University of Cambridge. “And there have been all sorts of theories as to what may have supported the two major changes in size.”

Manica and a team of paleontologists and climate scientists in Germany and the UK set out to test one of these theories: that the local climate was driving brain and body growth. They studied about 300 fossils of human ancestors collected in Europe, Asia and Africa and used the same basic climate data that scientists use to predict future climate change to instead estimate temperature and precipitation over the last million years.

“We reconstructed the climate back in time so we could say what the climate was like when the sample was alive,” Manica says.

The researchers found that human ancestors and Neanderthals living in colder places generally had larger bodies. Previous studies suggested this could be true, but did not gather as broad evidence. First, previous research often relied on rough, global estimates of the previous climate, while the new study estimates what each human ancestor would have experienced in their region.

The new findings are “reasonably compelling,” said Mark Collard, who studies human development at Simon Fraser University in Canada and was not involved in the study. However, he suspects that the new analysis may overestimate the relationship between temperature and body size due to uncertainty in both the fossil record and the climate data.

The authors of the new study also found that the rapid increase in human brain size over the last million years was not strongly correlated with the climate. “For brains, you need other explanations,” Manica says, perhaps as diet or social structures.

For decades, researchers studying human evolution have suggested that what our ancestors ate — whether cooked or raw, including meat or vegetables only — influenced how our brains evolved. It is also possible that more complex social structures and group communication are linked to brain growth in human ancestors.

Modern people do not have to worry that the new findings about body size and climate will emerge in our daily lives.

The earth is constantly warming due to man-made climate change. But the size of the human body does not shrink as a result, at least not in the near future.

This is because it takes many, many generations for humans to evolve. The average human generation is about 30 years old, so it will take hundreds or even thousands of years of sustained warming before the size of the human body changes in response to global warming. And even then the changes would be very small – approx. 1 kg pr. 2 degrees warming, says Manica.

“We’re not going to shrink tomorrow,” he says. “That’s the good news. But climate change is problematic for many other reasons.”