Coca-Cola, Pepsi agree plastic is a problem, but a solution is complex 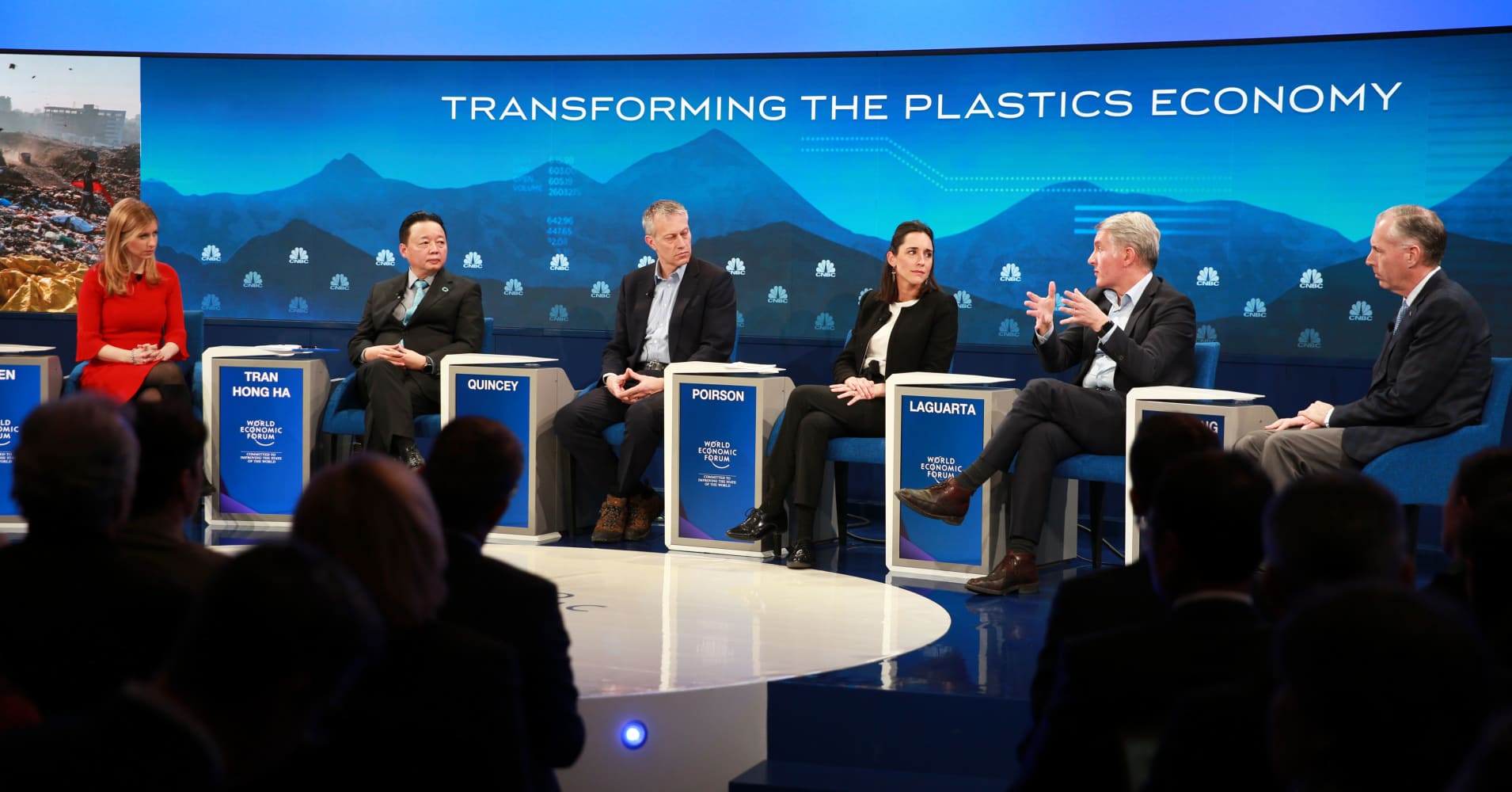 In a rare show of unity, PepsiCo CEO Ramon Laguarta and Coca-Cola CEO James Quincey discussed during a World Economic Forum panel how their companies are reducing plastic use.

But not Everyone is seen as biodegradable as a viable solution for the world's plastic problem. Fitterling said that biodegradable alternatives will take much more time because companies must make sure that packaging still serves its original purpose: preserving the food and beverages.

Brune Poirson, the French Secretary of State for the Ecological and Inclusive Transition, so noted that degrading plastic can release gases more damaging than carbon dioxide such as methane into the environment

"We need to stop always thinking alternatives," she said.

Quincey said they need to think beyond just the recycling and also address every option's carbon footprint. Producing bottles from polyethylene terephthalate, the plastic commonly used for food and drink packaging and better known as PET, with less carbon dioxide than making glass bottles or aluminum cans, according to Quincey.

There is also consensus about whether consumers really care about plastic waste. Quincey said it differs based on the country, with some recycling more than 90 percent or their bottles and others only 10 percent. Laguarta said that Pepsi is seeing the most concern about the issue from customers with some levels of education and wealth.

"I think companies are ahead of demand," he said.

Poirson pointed out that rioting political protestors in France , known as Yellow Jackets, including banning all plastic bottles in their list of demands.