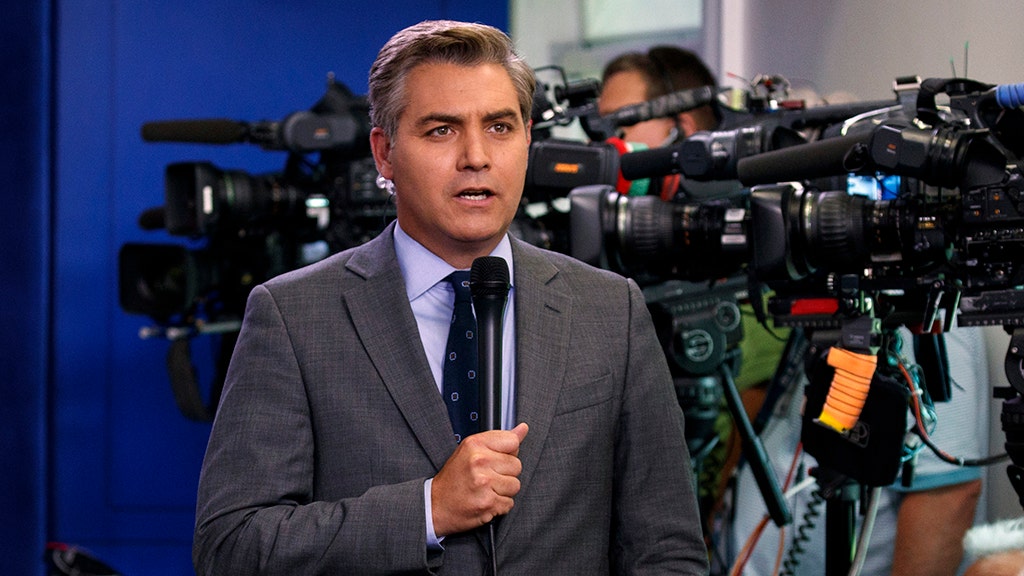 CNN reporter Jim Acosta suggests in his new book that President Trump didn't take the "fake news" accusation seriously at the beginning of his presidency.

In his book "The Enemy of the People," slated for release on June 11, acosta recalls getting a phone call from then-White House communications director Hope Hicks who said the president wanted her to tell Acosta he was "very professional" after the two had a testy exchange in which the president called Acosta "fake news . "

The exchange happened during a press conference in February of 2017, according to an extract of the book obtained by The Guardian. Based on Acosta's account, it seemed as though Hicks indicated Acosta's subtext of their exchange that day.

"He said," Jim gets it, "Acosta claims Hicks said of Trump.

" When he called us "Acosta writes.

Acosta's book comes after a long line of confrontations between him and the president, who has often referred to CNN as" fake news. " 1

CNN reporter admits to his book, so he suggests that bias is OK in the age of Trump.

"Neutrality for business or neutrality doesn't really serve us in the age of Trump," he said.

Amid his book release, Acosta seemed to face criticism from within his own ne twork

"Jim Acosta is a lot of times," says CNN staffer told Fox News. IT. Acosta is supposed to be a correspondent reporting the facts but can not tell the difference between him and a paid pundit. ”

Another White House reporter suggested to Fox News that Acosta's actions had unintended consequences for the rest of the press corps.

"I support reporters – even irredeemably biased ones – having access to the White House. But Acosta should consider how his behavior affects the rest of the press corps, who are there to be taken seriously and report the news rather than their own celebrity, "the reporter said.

Acosta's press pass after White House press secretary Sarah Sanders accused him of placing his hands on a White House intern who was trying to get the microphone from him.

Acosta reportedly called tha t accusation a "disgusting smear" and said of the incident, "everything in my life started to spiral out of control." But despite Acosta's criticism of Sanders in the book, he said she would get drinks with him and others. Sanders, he said, could "throw back her Maker's and Coke with the best of them."