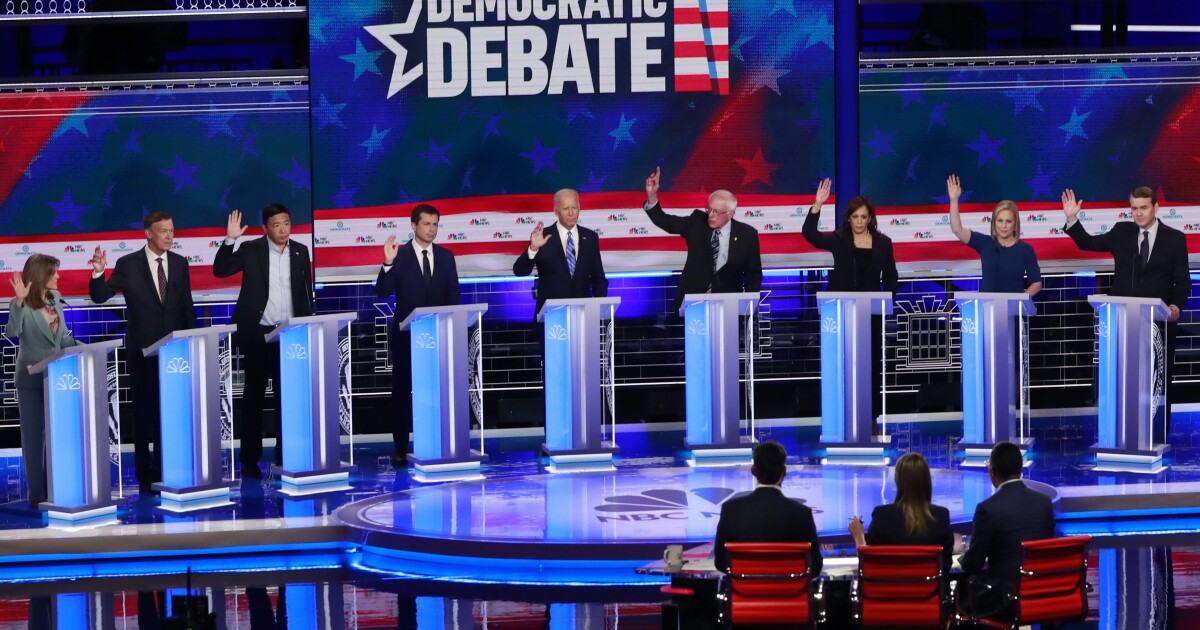 C NN rules for the second democratic presidential primary debate will prohibit hand-raise questions and penalize candidates who consistently interrupt, taking the opposite approach from NBC's mechanics that created drama during and after the first round of debates.

"There will be show of hands or one-word, down-the-line questions" during the July 30 and 31 debates in Detroit, CNN announced Tuesday.

During the second night of NBC's June debates, all 10 candidates on stage raised their hands to indicate support for government-provided health insurance for illegal immigrants.

Kamala Harris raised her hand to indicate support for private health insurance, but she later said she misinterpreted the question. The California Senator's communications director said Harris was trying to communicate that she would enroll in a government plan, not make the system Medicare for all except for me.

CNN's rules say that "a candidate who consistently interrupts will have his or her time reduced," a strategy that could penalize candidates such as Kirsten Gillibrand, the New York senator who attempted to jump in to discussions at several points during the first debat.

The debate eligibility deadline for candidates is July 16, and CNN will determine which of the 20 candidates will appear on each of the two nights with a July 18 live draw.