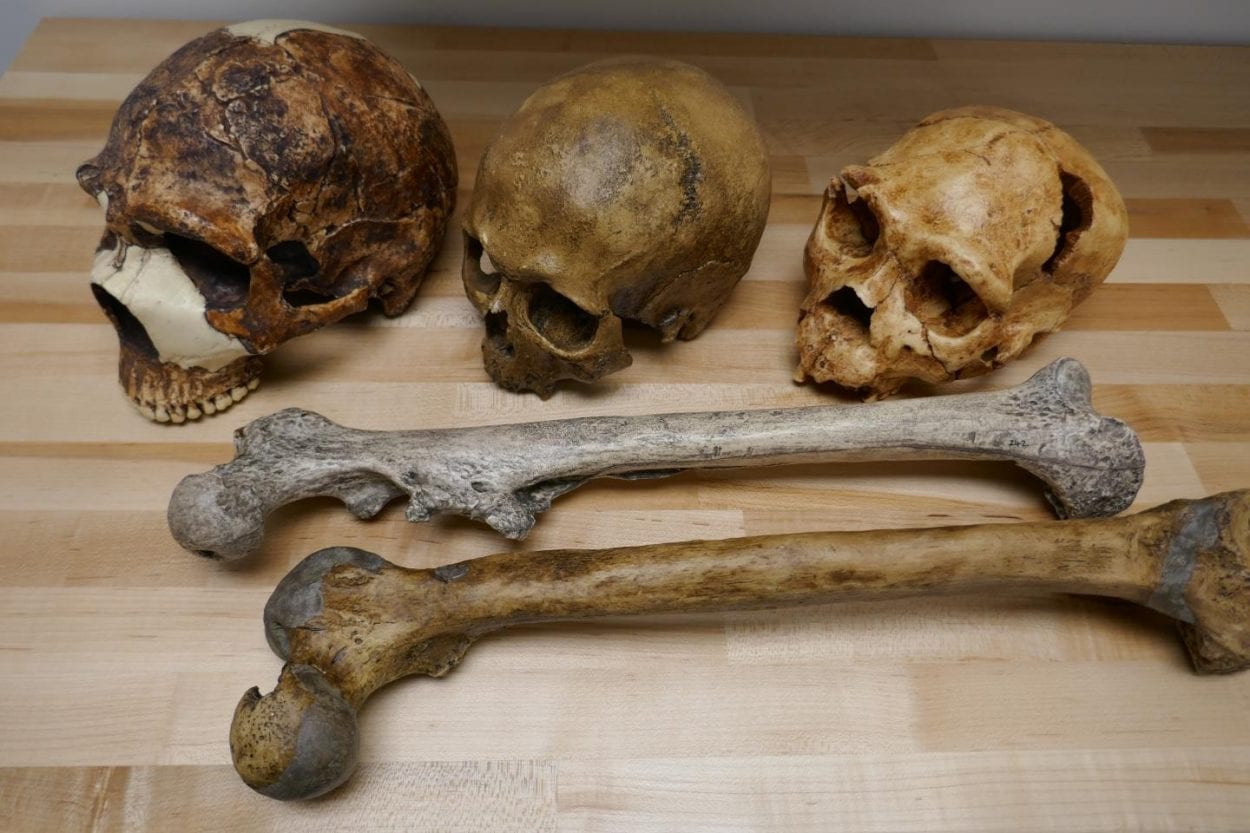 An interdisciplinary team of researchers, led by the universities of Cambridge and Tübingen, has collected measurements of body and brain size for over 300 fossils from the genus Homo found across the globe.

By combining these data with a reconstruction of the world’s regional climate over the last million years, they have identified the specific climate that each fossil experienced when it was a living human.

The study reveals that the average body size of humans has fluctuated significantly over the last million years with larger bodies developing in colder regions. Larger size is thought to act as a buffer against colder temperatures: less heat is lost from a body when its mass is large relative to the surface area. The results are published today in the journal Nature communication.

Our species, Homo sapiens, originated about 300,000 years ago in Africa. The genus Homo has existed much longer and includes the Neanderthals and other extinct related species such as Homo habilis and Homo erectus.

A defining feature of the development of our genus is a tendency towards increasing body and brain size; compared to previous species like Homo habilis, we are 50% heavier and our brains are three times bigger. But the driving forces behind such changes remain highly debated.

“Our study indicates that climate – especially temperature – has been the main driver of changes in body size over the last million years,” said Professor Andrea Manica, a researcher at the University of Cambridge’s Department of Zoology, who led the study.

He added: “We can see from people living today that in warmer climates they tend to be smaller and those living in colder climates tend to be larger. We now know that the same climatic influences have been at work for the last million years. ”

The researchers also looked at the effect of environmental factors on brain size in the genus Homo, but correlations were generally weak. Brain size tended to be larger when Homo lived in habitats with less vegetation, such as open steppes and grasslands, but also in ecologically more stable areas. Combined with archaeological data, the results suggest that humans living in these habitats hunted large animals for food – a complex task that may have driven the evolution of larger brains.

“We found that different factors determine brain size and body size – they are not under the same evolutionary pressure. The environment has a far greater impact on our body size than our brain size, ”said Dr. Manuel Will at the University of Tubingen, Germany, first author of the study.

He added: “There is an indirect environmental impact on brain size in more stable and open areas: the amount of nutrients obtained from the environment should be sufficient to enable the maintenance and growth of our large and especially energy-intensive brains.”

The researchers say there is good evidence that the human body and brain size continue to evolve. Human physics still adapts to different temperatures, with humans on average living in colder climates today. Brain size in our species appears to have declined since the beginning of the Holocene (about 11,650 years ago). The growing reliance on technology, such as outsourcing complex tasks to computers, could cause brains to shrink even more over the next few thousand years.

“It’s fun to speculate about what will happen to body and brain sizes in the future, but we have to be careful not to extrapolate too much based on the last million years because so many factors can change,” Manica said.