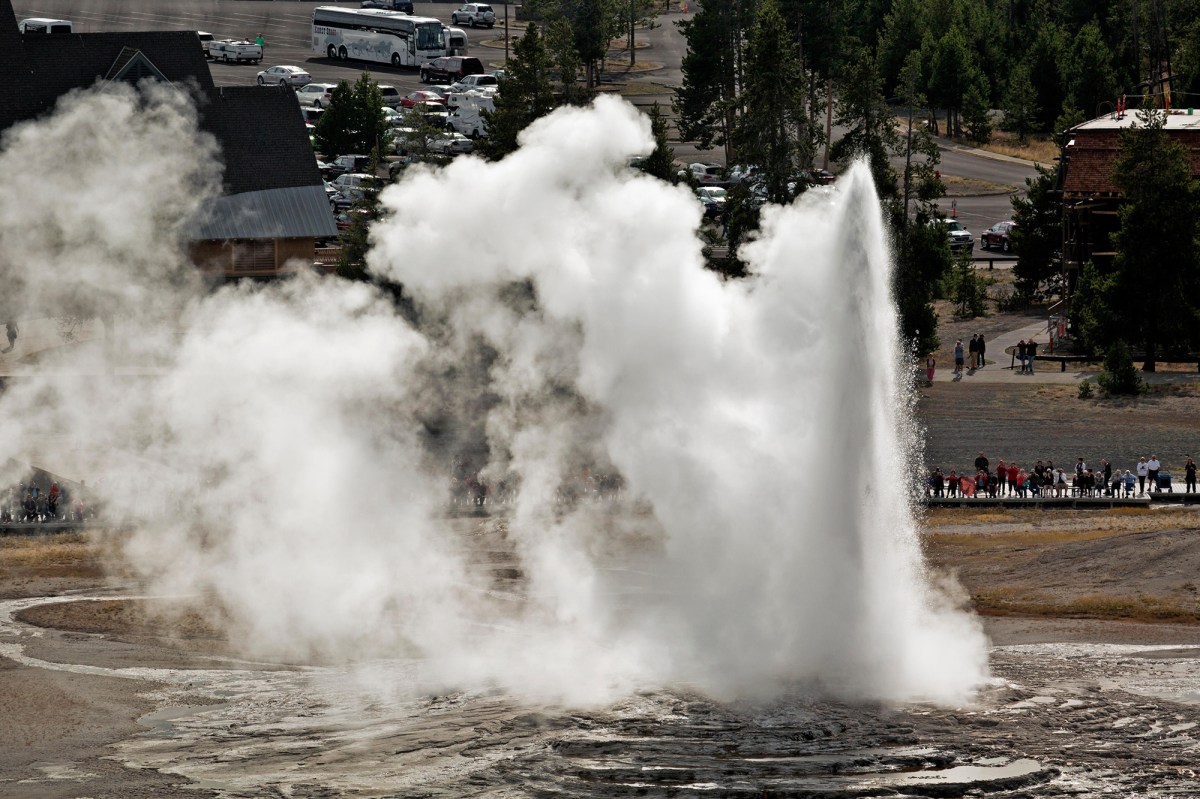 Yellowstone National Park’s landmark geysers have, on average, flushed hot groundwater every 90 to 94 minutes about 17 times a day since time immemorial.

But that has not always been the case, a new study revealed. The results showed that Old Faithful actually stopped erupting for decades during a severe drought that took place about 800 years ago, Science magazine reported.

Old Faithful’s super hot water and the highly alkaline environment are too harsh for most vegetations. So when researchers discovered lumps of fossilized wood on the geyser’s pile, they figured the samples should be dated back to a time before regular eruptions. In fact, the 1

3 pile pieces were from an estimated 600 to 800 years ago, according to their report published in the journal Geophysical Research Letters last week.

“When I submitted the samples for radiocarbon dating, I did not know if they would be hundreds or thousands of years old,” said study author Shaul Hurwitz, a geologist at the U.S. Geological Survey.

A sample was found to be alive at least 80 years before the fossil, indicating that Old Faithful stopped spitting for about 100 years, coinciding with the previously established medieval climatic anomaly that brought unusually hot and prolonged dry weather to cooler regions, according to Inside Science.

“It was an ‘aha!’ moment when they all clustered within a hundred-year period in the 13th and 14th centuries, ”Hurwitz told Science.

Based on his previous research, Hurwitz and his colleagues believe that climate change, encouraged by humans, has already added one or two minutes between the eruptions of Old Faithfuls. As the climate continues to dry up, they predict that “geyser eruptions may become less frequent or cease altogether.”