Churchgoers tackle a Navy veteran mother, 31, at the ground after she walked into an Easter service holding her 10-month-old son and a gun and started ranting about the rapture on stage

By George Martin For Mailonline

Churchgoers tackled a Navy veteran at the ground after she walked into an Easter service holding a gun and her baby son, and threatened to blow the building up.

Anna Conkey stormed into the Tsidkenu Church in the Clairemont area of ​​San Diego on Sunday while waving the handgun around, police say.

The 31-year-old then walked onto the stage and started talking about the rapture while grasping the 10-month-old boy.

Terrified onlookers bravely stepped in and tackled Conkey to the ground before officers arrived on the scene to jail here.

Conkey, who also worked as a journalist for NBC 7 San Diego, has ranted in YouTube videos and on Facebook posts that Jesus is a 'liar' and the Bible is a 'trap'. 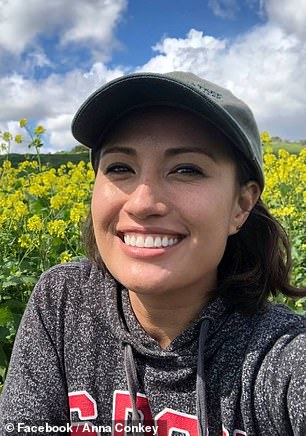 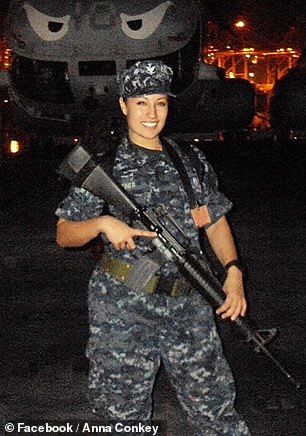 Shortly afterwards the woman was identified as a former member of the US Navy Anna Conkey, 31 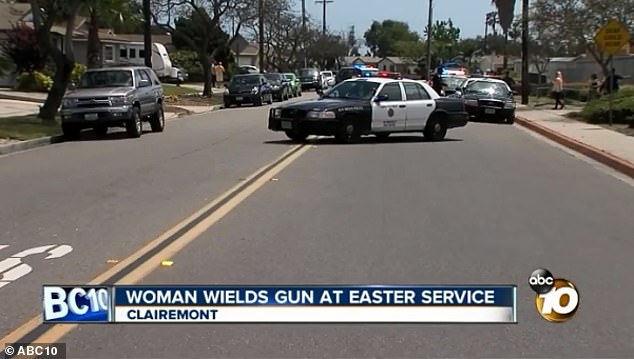 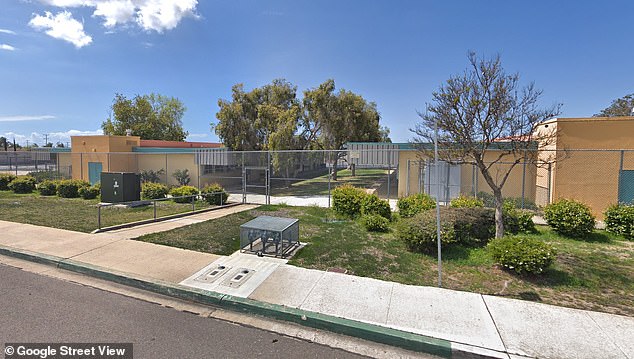 'The female walked up on stage and made threats that she was going to blow up the church while waving the handgun,' San Diego Police said in a news release. 19659010] No-one was injured in the incident and photos showed officers taking the child Conkey was carrying to safety.

After examining the handover police found it was unloaded and bomb specialists could not find any trace of explosives after a sweep of the complex.

"She was craziness about the rapture not being real, and everyone going to hell," one witness recalled.

Recently, she has also been reported as a digital media producer at NBC 7 San Diego and in the United States Navy.

Conkey posted hour-long videos to a YouTube channel in which she claimed there was 'great deception' happening in churches and synagogues. 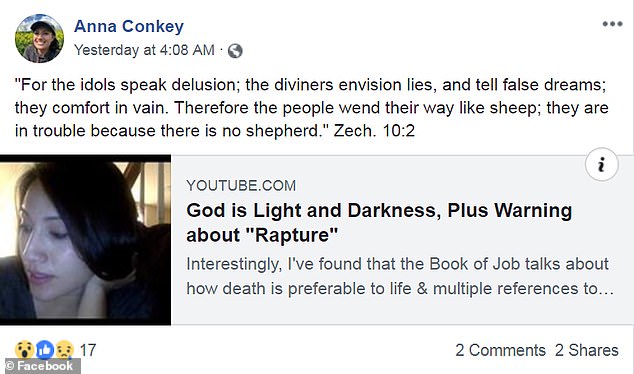 Just hours before storming the church, she posted a passage from The Book of Zechariah 10: 2 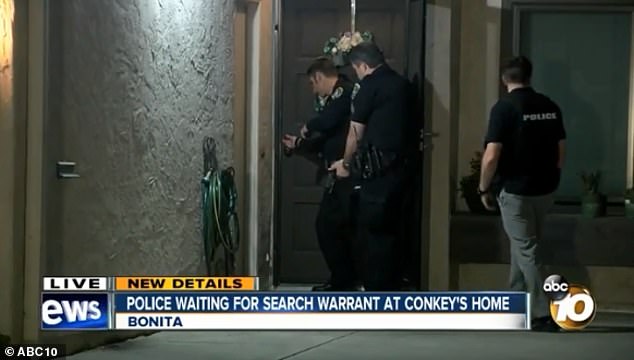 Just hours before storming the church, she posted a passage from The Book of Zechariah 10: 2: "For the idols speak delusion; the diviners envision lies, and tell false dreams; they comfort in vain. Therefore the people turn their way like sheep; they are in trouble because there is no shepherd. '

Last week she wrote that the Bible is a' trap 'alongside a link to a YouTube video.

On April 7, she wrote: 'The one who came as Jesus was a liar !!! Another word for "The Comforter" is The Advocate! Why would he say that unless he is the Adversary ??? Which means that since we've been driving him as God and believing everything he said, we've all been deceived. 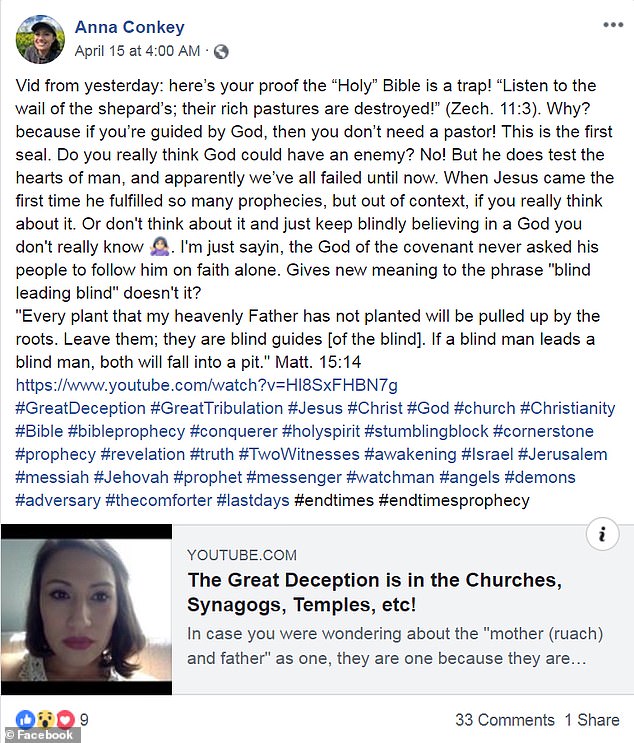 'But the #greatdeception is even more than that … please read my video descriptions in this and in my other videos too !! I'm not trying to make a name for myself or anything — but this is finally the Truth !!!!!

On Sunday, the pastor said that Conkey seemed confused and he was described as being not in her right mind. . '

He said that instead of speaking, Conkey was just uttering random words, and that nobody could understand what she wanted.