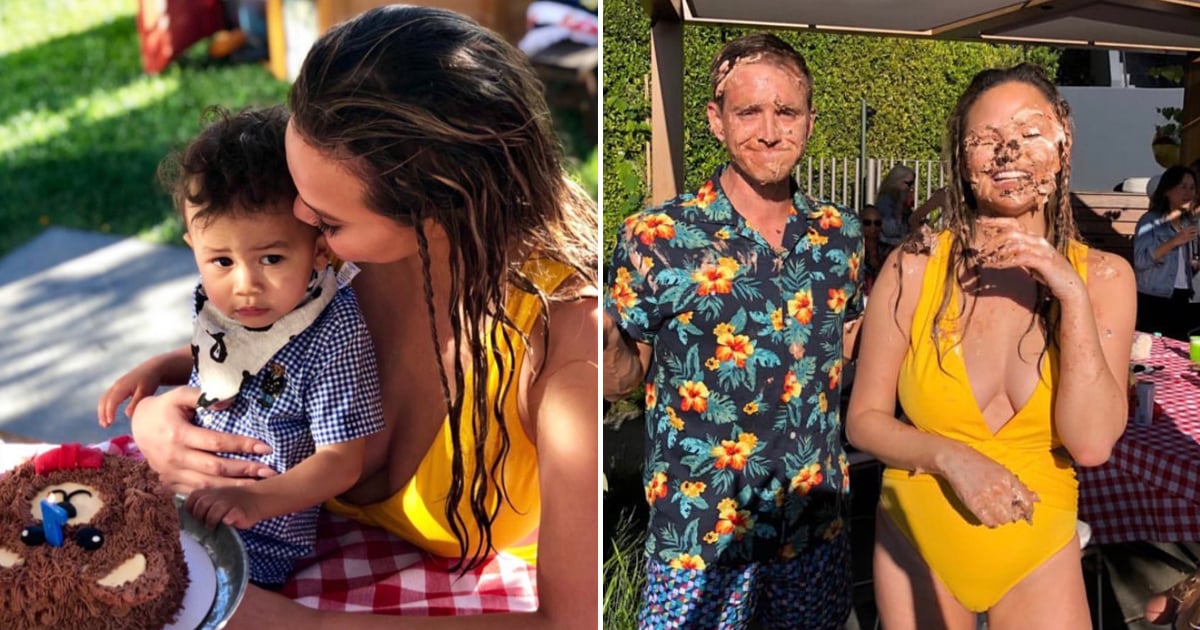 Chrissy Teigen and John Legend hosted a party for Miles on Friday, and, oh boy, it was adorable! A few days after Miles's May 16 birthday, the parents of two invited guests to an animal-themed bash to celebrate their son turning one. The "Bear-B-Q" festivities included a petting zoo, pony rides, and a particularly sweet cake – although Miles didn't seem too enthusiastic with the traditional smash. Don't worry, that's what moms are for! Chrissy somehow ended up with the most cake on her face by the party's end.

Older sister Luna got in on the fun by splashing around in the pool and playing on what Chrissy calls the "best purchase ever," and L.O.L. Surprise! Inflatable River Race Water Slide. What a way to beat the heat!

After the celebrations wound down, Chrissy shared photos of the event on her Instagram Stories. We're feeling some FOMO just scrolling through these snaps, but we're also getting some serious inspiration for our next party. See the pictures Chrissy posted ahead, plus a few more from her mom, Pepper.