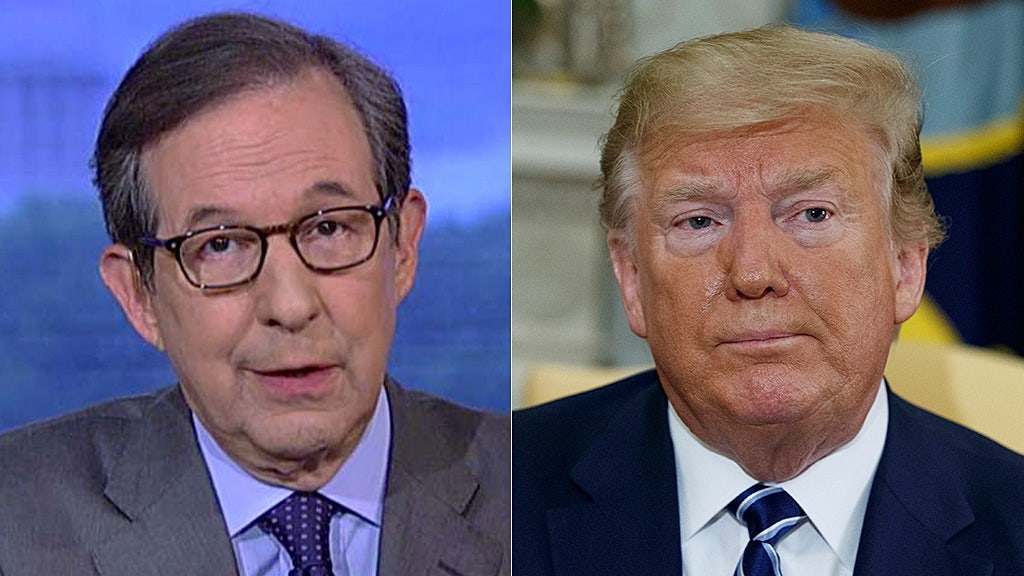 "Fox News Sunday" anchor Chris Wallace said Friday that there are "costs to inaction" after President Trump confirmed his retaliatory strikes against Iran.

Trump made the last-minute decision Thursday night after the downing of a Navy drone that said Washington was flying within international airspace.

The mission would have reportedly targeted Iranian missile batteries and radars.

Trump took to Twitter Friday morning to confirm he was called off the strikes and said he based his decision on the number of potential casualties.

MEDIC TESTIFIES THAT HE, NOT NAVY SEAL EDDIE GALLAGHER, WAS RESPONSIBLE FOR ISIS FIGHTER'S DEATH A source had confirmed to Fox News earlier Friday morning that the administration made a last -minute decision to call off the retaliatory strikes against Iran

But until Trump's tweets, few details about the aborted mission and the circumstances that led to the rever sal were publicly available.

TRUMP SAYS IRAN'S US DRONE SHOOT-DOWN MAY HAVE BEEN 'MISTAKE,' BUT 'COUNTRY WILL NOT STAND FOR IT'

Responding on "America's Newsroom," Wallace questioned Trump's explanation that potentially casualties were the reason for his decision. Wallace said discussions about "collateral damage" would normally occur in advance of the president ordering the strike to go forward earlier on Thursday

"A war with Iran would be a very ugly and prolonged conflict so it does raise the question Does the president really have the stomach to launch this child of attack and get more deeply involved, perhaps, in a confrontation with Iran? " Wallace said.

He stated Iran bears the responsibility for provoking the confrontation, but there are costs for both action and inaction.

"Remember when President Obama decided a few years ago, he said that red line and we would strike back if Syria launched another chemical attack and then backed off that. A lot of people, including Donald Trump as a candidate and even as president, said there "Wallace recalled.

He concluded Trump may still order with a strike of a risk of causing casualties, but it appears the same. president "doesn't have much of an appetite" for such an escalation.