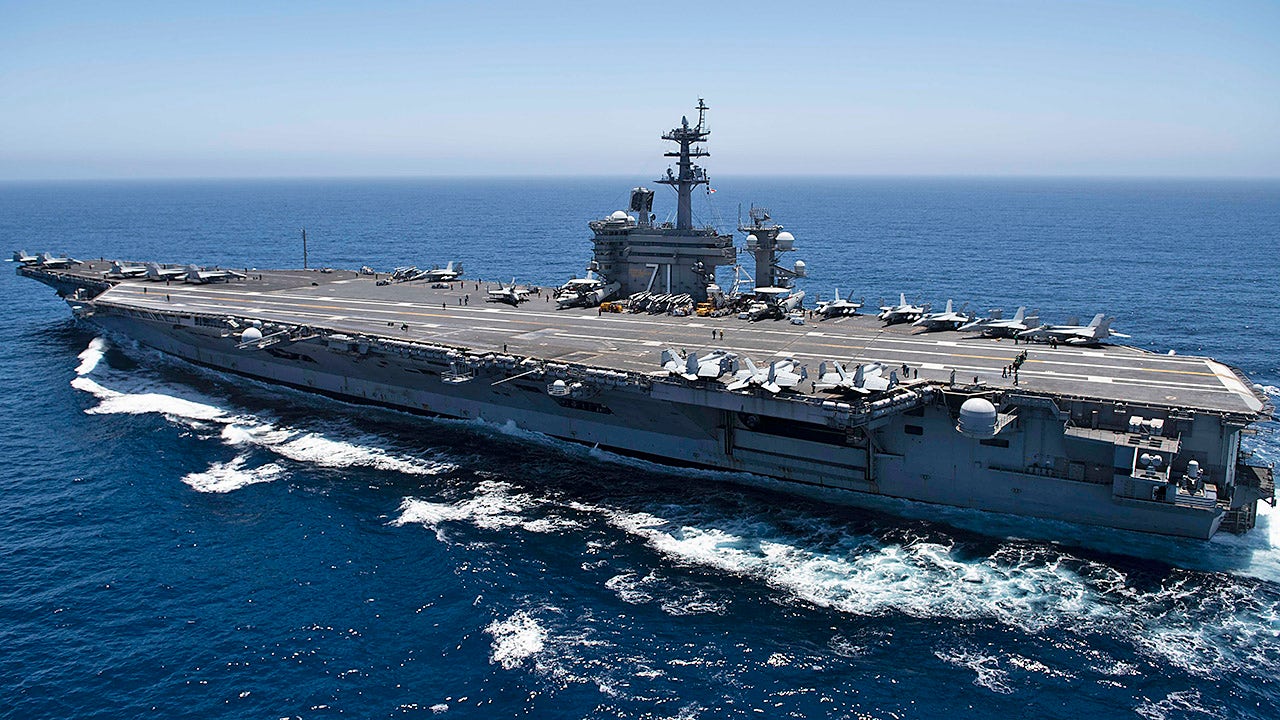 The Philippines has accused China of aggressively colonizing the South China Sea as fears of a major conflict between the two countries grow.

It comes as a U.S. aviation group, led by USS Theodore Roosevelt, returned to the area for the second time in less than two months.

Over the past few weeks, some 220 Chinese paramilitary ships manned by maritime militias have “swarmed” around a disputed reef in the South China Sea, with the Philippines warning that the “invasions” could “trigger unwanted hostilities” – the harshest remarks yet from Manila.

1; but they have not fished and the weather has been good. They also turn on bright lights at night. The Philippine government says the ships are part of China’s maritime militia and are manned by reservists operating under the command of the Coast Guard and the People’s Liberation Army (PLA).

The boats are moored at Whitsun Reef within Manila’s exclusive 200 km economic zone, and there are fears that Chinese ships may try to claim the reefs. The Philippine defense minister has warned that Beijing also plans to occupy and assert its control over more disputed territory.

The reef is part of the Spratly Islands, one of the most important disputed islands in the South China Sea, approx. 200 miles west of the Philippine province of Palawan. The Philippines says the offshore region is part of its territory, but it is claimed in whole or in part by China, Brunei, Malaysia, Taiwan and Vietnam.

An international court overturned China’s claim to 90% of the South China Sea in 2016, but Beijing does not recognize the ruling. China has built islands in the disputed waters in recent years and has put runways on some of them. Taiwan, Malaysia, Vietnam, the Philippines and Brunei claim all parts of the ocean.

Meanwhile, USS Theodore Roosevelt has also sailed into the South China Sea to conduct “routine operations”, marking the second time it has appeared in the disputed waters in less than two months. The carrier group entered the South China Sea on April 4. The unit will conduct various exercises in the area, ranging from exercises against the submarine to “coordinated tactical training.”

The goal is to “improve its ability to protect national sovereignty, security and development interests,” it said. “Similar exercises will be conducted regularly in the future,” the Chinese navy added without elaborating.

China’s statement follows Taiwan’s Defense Ministry report of a new intrusion by China’s air force into the island’s air defense identification zone on Monday. It said it had a “full understanding” of the situation in the air and at sea around Taiwan, and that it “handled” the matter appropriately.

Taiwan’s President Tsai Ing-wen, meanwhile, oversees the modernization of the island’s military and rolls out new offensive equipment such as “carrier killer” stealth corvettes in an attempt to deter any Chinese aggression.