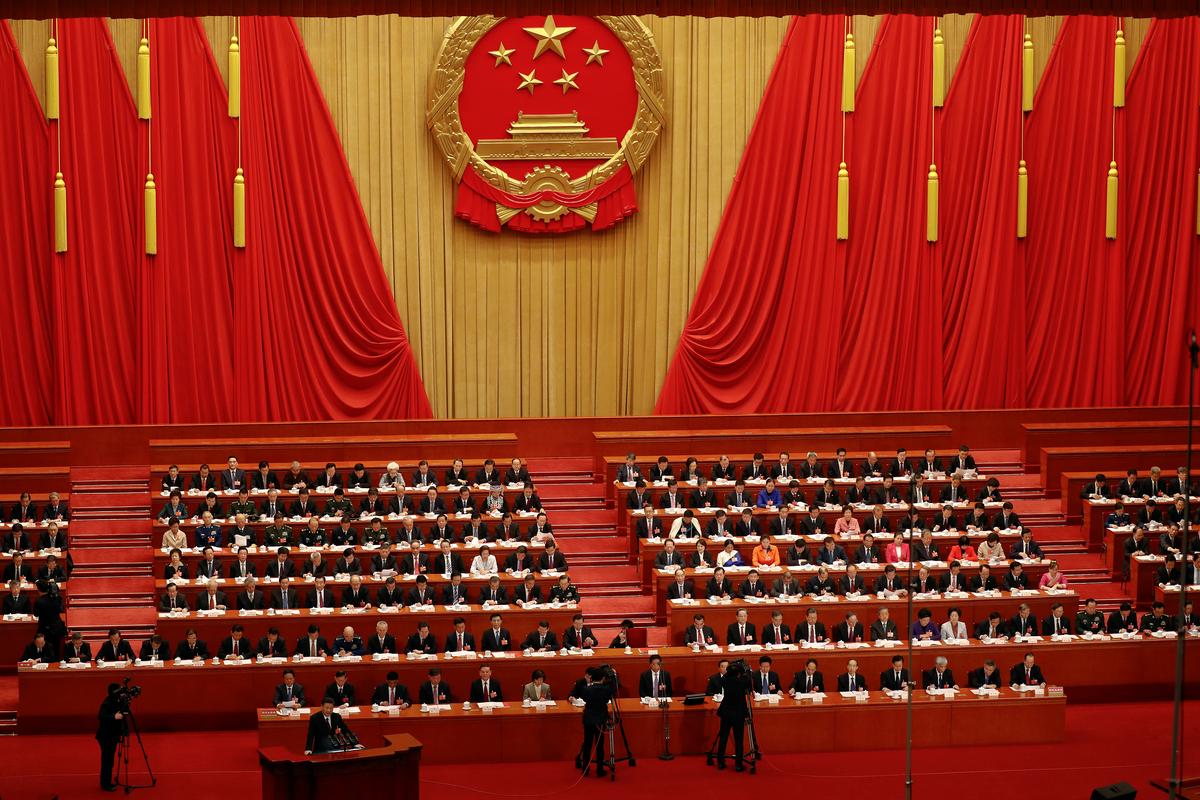 Time The table suggests that the law is likely to be formally endorsed by the largely rubber stamp legislator, which is speeding up a process that would normally take a year or more when Beijing rushed to meet Washington's demand to de-escalate their trade war.

The full annual parliamentary opening, which opens on 5 March, tends to pass only selected legislative legislation while other laws are adopted by its standing committee.

Parliament is unlikely to reject the law as its delegates are elected to their loyalty to the ruling Communist Party and its agenda.

The two sides will hold two-day talks in Washington, starting Wednesday in the highest-level talks, since US President Donald Trump and Chinese President Xi Jinping adopted a 90-day truce in their trade war in December.

The decision to speed up the legislative process came after the NPC Standing Committee convened a special two-day session this week to conduct another review of the draft.

The first draft of the law was presented on 23 December with the draft made available to the public for comment until 24 February.

There is an "urgent need" for such a law to be passed as current legislation "barely able to cope with the changing demands of building a new open economy system", Justice Minister Fu Zhenghua was quoted by Xinhua.

The most recent law of the law was broadly in line with the first draft, which contained 39 articles with a particularly stronger IP protection, with definitions of the conditions of "pre-establishment national treatment" and "the negative list" added to ensure clarity, Xinhua reported.

The new draft also provided for penalties for failure to report their investment information to related authorities.

It is unclear whether the second draft of the law will be made available to the public for comment, which could derive the process.

Some lawyers and business consultants have expressed skepticism about how far the law would protect the interests of foreign companies, as there was a general lack of rule of law in China.

In October, nearly 950,000 foreign-funded companies were registered in China, accounting for over 2.1 trillion investments, according to Xinhua.