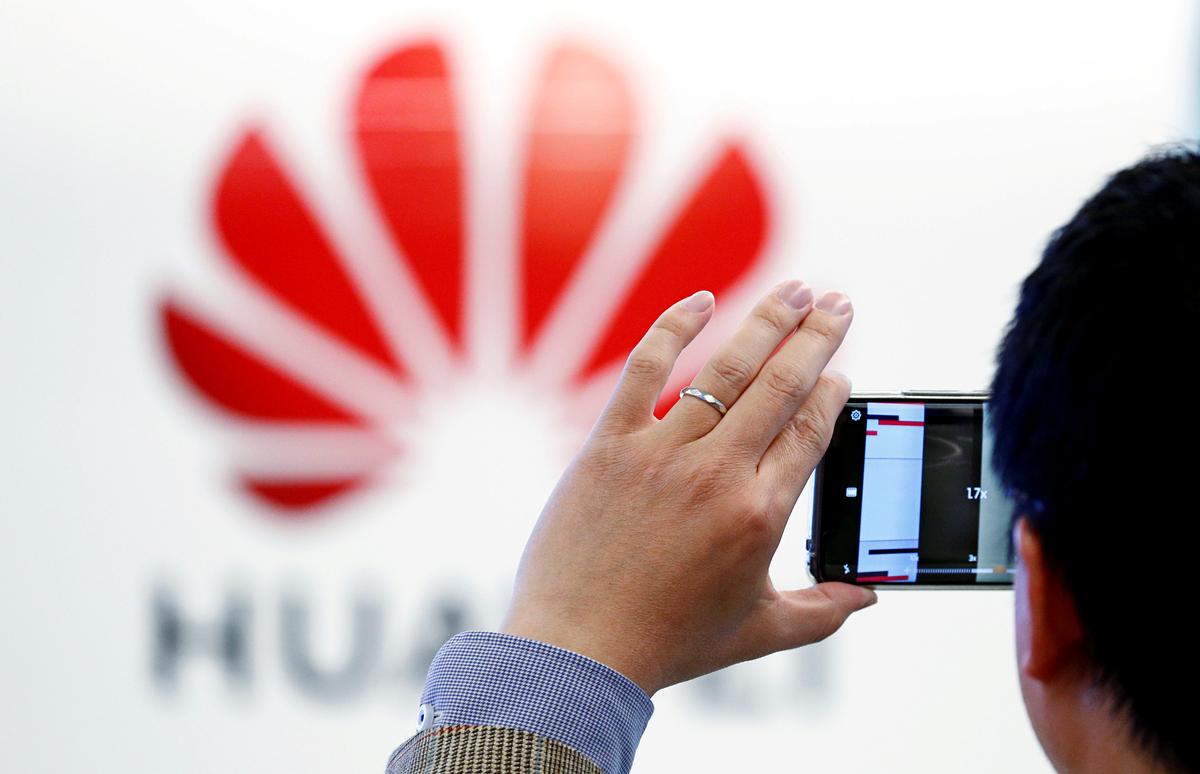 BEIJING (Reuters) – Beijing said Washington needs to correct its "wrong actions" for trade talks to continue after the U.S. blacklisted Huawei, a blow that has rippled through global supply chains and battered tech shares as investors feared and looming technology.

FILE PHOTO: A man takes a picture of a Huawei logo at the Huawei European Cybersecurity Center in Brussels, Belgium, May 21, 2019. REUTERS / Francois Lenoir / File Photo

list of global companies which have said they are disengaging with Huawei Technologies Co Ltd, the world's second-largest seller of smartphones and the largest telecom-gear maker, saying it had stopped shipments of some components.

Its move came a day after British chip designer ARM said it had halted relations with Huawei to comply with the U.S. supply blockade, potentially crippling the Chinese firm's ability to make new chips for its future smartphones. Huawei uses ARM blueprints to design the processors that power its smartphones.

"If the United States wants to continue trading talks, they should show their sincerity and correct their wrong actions. Negotiations can only continue on the basis of equality and mutual respect, ”Chinese Commerce Ministry spokesman Gao Feng told a weekly briefing.

"We will closely monitor relevant developments and prepare necessary responses," he said, without elaborating.

Japan's Toshiba Corp said it had resumed some shipments to Huawei after temporarily suspending shipments to check whether they included U.S.-made components.

"What we are witnessing is a potential reconfiguration of global trade as it has existed since World War II … investors should start thinking about how sensitive their portfolios are to global supply chain-exposed shocks," Saxo Bank's head of equity strategy, Peter Garnry, wrote a note titled, "Are you ready for a cold war in tech?"

Huawei founder Ren Zhengfei customs Chinese financial magazine Caixin on Thursday that he did not see ARM's decision to suspend business with Huawei as having an impact on the company.

He said that Huawei had a long-term agreement with ARM and speculated that the British firm had made a move because its parent, Japan's SoftBank Group Corp., was waiting for U.S. approval for the merger of Sprint Corp, which it owns, and T-Mobile US Inc.

Industry experts have questioned Huawei's claims minimizing the impact of moves that make it hard for the company to do business with American firms.

negotiators have been scheduled since the last round ended on May 10, the same day President Donald Trump sharply increased tariffs on $ 200 billion worth of Chinese goods and took steps to pay duty on all remaining Chinese imports.

China retaliated with its own levies on U.S. Pat. Imports, but it was Washington's subsequent move against Huawei that took the trade into a new phase, stoking for risks to global growth and knocking financial markets.

The United States has used Huawei of activities contrary to national security, and acclaim Huawei denies. The Trump administration softened its stance slightly this week by granting the company a license to buy U.S. goods until Aug. 19 to minimize disruption for customers.